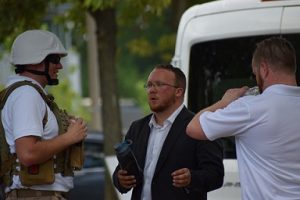 While events and memories are clear, it is extremely important for the Interagency Task Force that Governor McAuliffe organized and stood up in preparation for this past weekend’s insurrection be documented. This confrontation was/is not about statues. It is sedition. The lessons collected are essential for other communities’ safety.

The warnings and indicators were there well in advance. What agencies were represented in the Task Force and how long did they have to plan? Did Federal Agencies cooperate? What essential elements of information were collected and how did they influence not only the mission statement but also the analysis of the alt-right courses of action? What was the task analysis and the assignment of those tasks to participating organizations? Did that influence the command structure? Who was actually in command of all resources in Charlottesville and where was the Command Center?

What were the proposed courses of action and were there branches planned to account for the potential and predictable federal court rulings? When was the course of action that was executed selected? Did the planning include the sequel where the demonstrators were ushered to McIntyre Park? 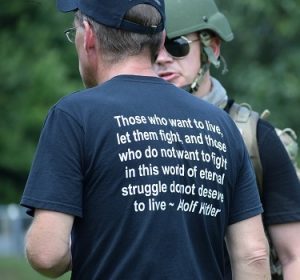 The National Guard unit that was mobilized: when and where was it trained and equipped for the task(s) it was assigned? Did that training include an actual opposition force in an urban environment? Better yet, when did it receive the warning order? Why were the soldiers’ uniforms almost indistinguishable from those of members of one of the petty alt-right militias?

What was the mission of the law enforcement officers in the 20 or 30 vehicles parked in the shade on the grass in front of and around the Albemarle County Office Building when the vehicle plowed into the counter-protesters just blocks away? Why weren’t they assigned to cordon off the ingress and egress to the mass casualty location after the incident? Was this the lesson learned from the mass casualty exercise conducted in preparation for last weekend?

For that matter, why had those officers not isolated the protestors from a vehicular threat prior to the tragedy? Hasn’t that been an ubiquitous method of attack by terrorists recently?

What organization collected intelligence and interviewed (interrogated) participants who were apprehended as events unfolded? Was this information analyzed and disseminated as intelligence by the situation room/operations/fusion center to ensure awareness on the ground?

Or was “hope” the only course of action in Charlottesville?

“We lost a legend in Madeleine Albright”; “a trailblazer for women everywhere”; “a towering figure in American diplomacy”

Glenn Youngkin – Who Has Zero Virginia Government Experience – Is Far Behind Terry McAuliffe, Ralph Northam in Filling His Cabinet