For the record, see below for a blow-by-blow of happened with VA-05 Democrats last night (voting to stick with the caucus/convention method of nomination they first selected last October), in reverse chronological order. I have mixed feelings about this decision, as I prefer primaries in general but also don’t think the rules should change in the middle of the game, after months of operating under the assumption that this would be a caucus/convention method of nomination. So…perhaps the VA-05 Democrats did the least-bad thing at this point? We’ll see which candidate or candidates (Leslie Cockburn, Ben Cullop, RD Huffstetler, Andrew Sneathern) benefit from this decision, how much bad blood festers after this acrimonious mess, and whether Democrats still have a shot at beating Rep. Tom Garrett (R) in November. I’m skeptical, but let’s hope they can recover, as it would be great to win back this seat!

… And they’re sticking with a convention, folks.

@democratsva5 votes to continue with the plan to hold a convention to nominate a Democratic candidate in #VA05.

Quick Summary: On a 16-7 vote, the motion to rescind the previous decision fails. The #VA05 Democratic nomination process is officially a caucus-convention to be held in May. More details and work being figured out now https://t.co/36LJasQsgq 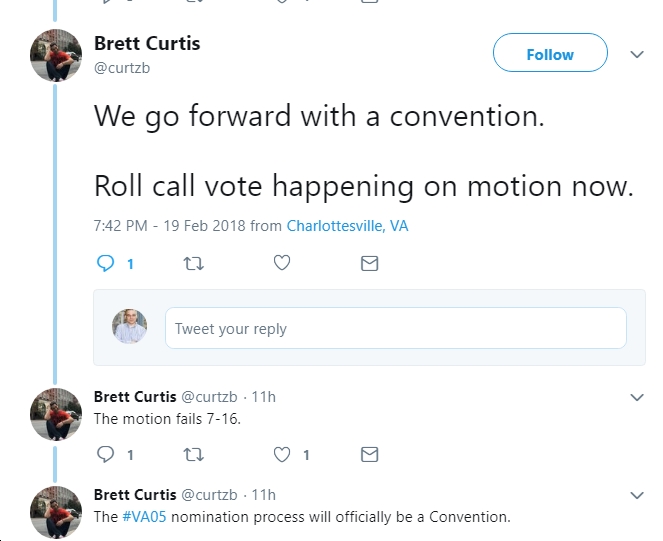 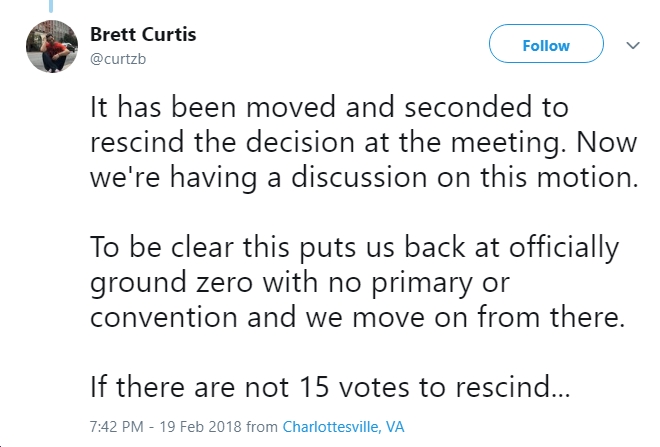 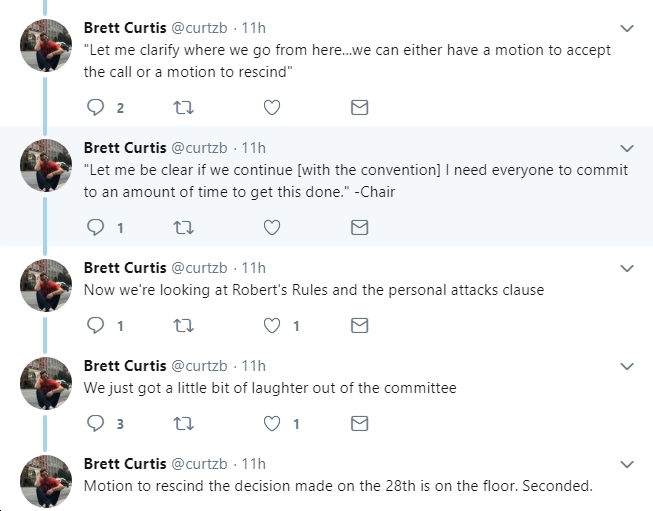 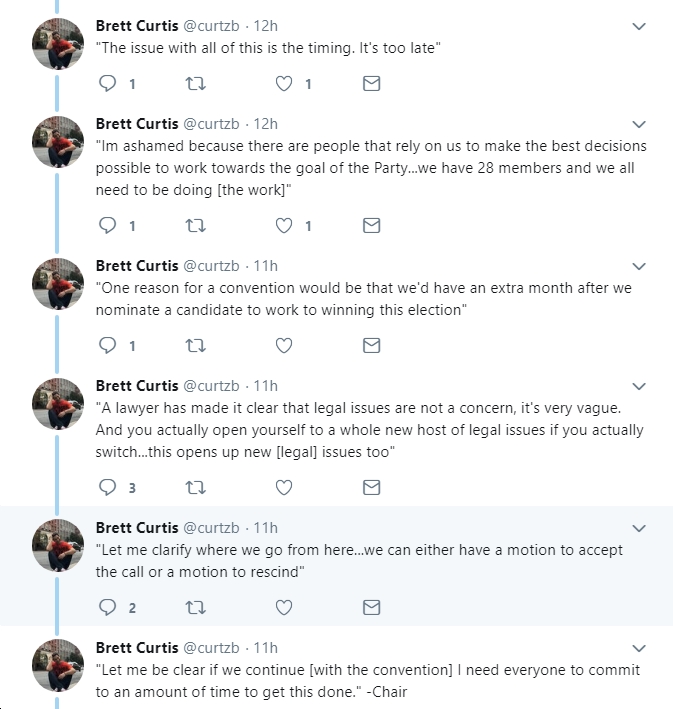 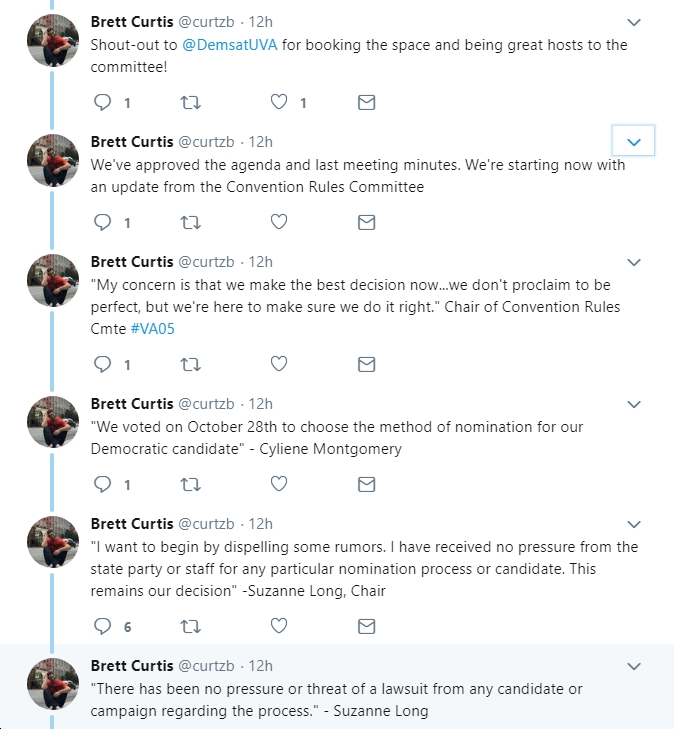 Will the 5th District Democrats stick with a convention or switch to a primary to nominate their challenger to U.S. Rep. Tom Garrett? Stay tuned to find out. pic.twitter.com/6sB2p91kp2