VPAP has some interesting stats on Virginia General Assembly members’ “party unity in floor votes.” Of course, a lot of the real “action” in the Virginia General Assembly occurs in subcommittees and committees, well before bills make it (or in most cases do NOT make it) to the House of Delegates or Senate floors, so these statistics only capture part of the story. Still, despite the limitations of the following graphics/statistics, there’s some interesting stuff that jumped out at me. Let’s start with Senate Democrats (see graphic, below, followed by what jumped out at me). 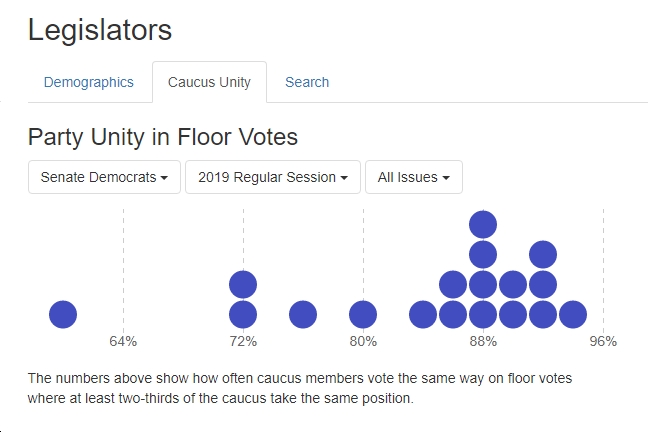 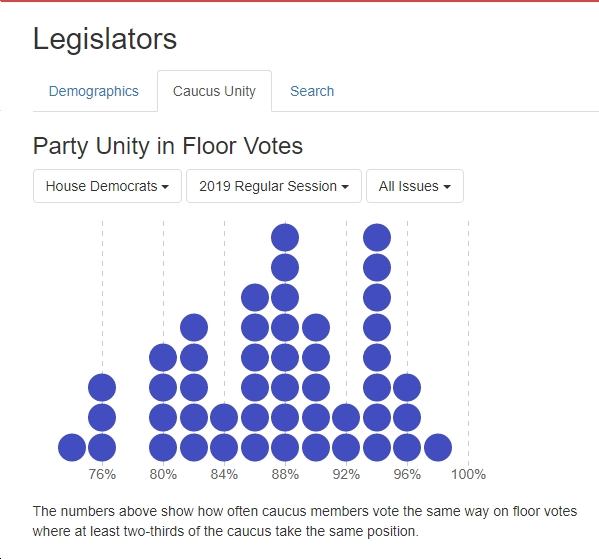 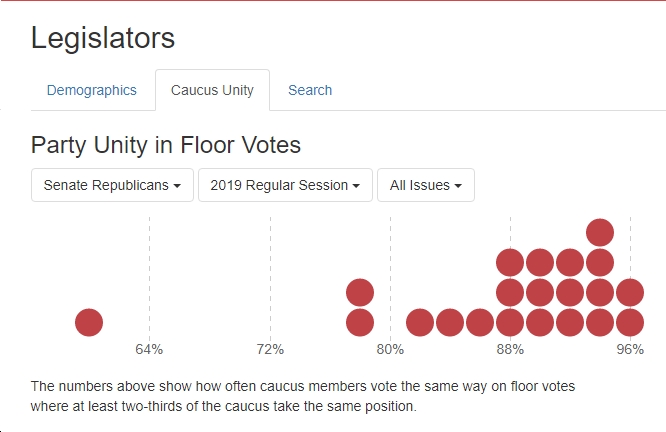 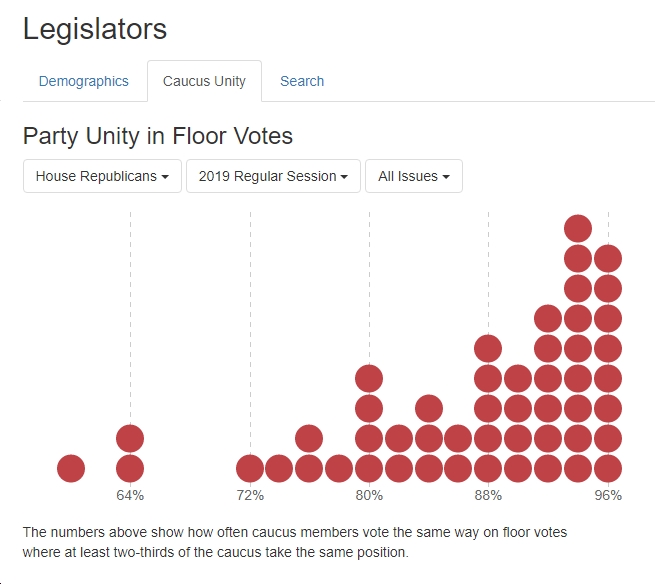