Fairfax County Democratic voters face — for the first time in decades — a real choice as to their nominee for Chair of the Fairfax County Board of Supervisors. It isn’t just that there are four candidates seeking our support, but that a reasonable person paying even superficial attention to the race should be able to articulate reasons to vote for (or not vote for) each of the four. This is a good situation for voters, and a reason why I have thought long and hard before coming out with a public endorsement in this race.  After consideration of many factors (see discussion below), the choice has become clear to me:

Alicia Plerhoples
for
Chair
Fairfax County Board of Supervisors 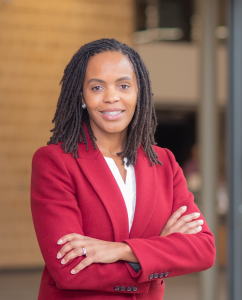 Thinking about this moment

What matters at this moment? What are some factors to consider?

“The county has been managed for years with stability that has crowded out vision and imagination, an emphasis on process that has stifled bold initiatives. … the county remains stuck in an endless cycle that never solves problems [n]or fully meets the needs of vulnerable county residents.”

Thinking through these questions and issues were core to my decision to endorse Alicia Plerhoples.

Some thoughts as to each candidate

Again, to reemphasize, one can articulate reasons to support each of the four candidates and, honestly, I gave serious consideration to each of them.

Jeff McKay has been a hard working staff member and Supervisor. By all accounts, he is a competent man who is “ready” to run the Board from day one.  In debates, he has provided the clearest “elevator speech” articulation as to “why Jeff McKay”: taking credit for Fairfax County doing well, and asserting that he has the agenda for the “nudges” to make Fairfax even better.

While that “nudges” agenda is, as per above, not mine, there is a more troubling issue. McKay is quite close to and entangled with developers well beyond simply an issue of campaign financing, as exemplified by the issues with his purchase of his home from a developer friend. While unconvinced that this involved a(n explicit) quid pro quo or otherwise illegal acts, McKay’s behavior in the home purchase process (keeping it secret; having an “off-the-market sale,” etc …) raises questions about understanding substantive issues related to elected officials’ relationships (business and otherwise) with key influence groups. When challenged by an anonymously circulated documentation of his home purchase strongly suggesting (one step short of directly accusing) criminal activity, McKay didn’t emerge with memos or records about discussions with the County’s lawyers clearing his moves that would have indicated an understanding of the tricky legal and ethical issues of close business activity with developers. This situation makes me wonder: Does Jeff McKay understand the importance of living up to the spirit (and not just the letter) of the law?

Ryan McElveen has admirably served on the Fairfax County Public School (FCPS) Board which, to be clear, is an under-compensated and all-too-often stressful (think about dealing with parents infuriated about a school boundary change) position to hold. Thus, a thank you to Ryan (and most other School Board members) for his willingness to devote so much time and energy to what is too often a thankless task. Based on my interactions with him, he is more than ‘“Mr. Snow Day,”  but is thoughtful, decent, and concerned about/focused on issues of import.

I had the opportunity to serve about seven years on a School Board advisory committee. While this does not represent the vast majority of FCPS’s dedicated and competent staff, this position (sadly) gave a window on situations where FCPS professional staff undermined School Board directions, dissembled about options, deceived about situations, and even (yes, even documented in writing at least one time) outright lied to that committee and even School Board members attending meetings.  Regretfully, even while private conversations confirmed understanding of this, the School Board, including Ryan McElveen, failed to hold these (errant … hopefully) staff to account nor acted to rectify the problems. This is the key role for the School Board — and Supervisors.

Tim Chapman is a successful developer of low-income housing and served on (and as Chair of) Virginia Housing and Development Authority (VHDA) Board. My acquaintances in this world speak highly of him, telling me that Chapman has made his fortune by being a quality player in his ‘niche’ of the ecosystem in providing housing across the economic spectrum. Chapman’s very business, however, is of concern. Would electing a developer Chair put the fox in charge of the henhouse?

While recent news about Chapman’s arrest record has some concerned, far more serious is his failure of the “Jim Webb test.” Tim Chapman has given a lot of money to political candidates over the years. While most has gone to Democratic Party candidates (searching databases back to 1999 shows $266k for D candidates and $56k to Rs), he maxed out for Barbara Comstock (R) in 2016, gave the max to Scott Taylor (R) less than a year ago, and…seriously … donated $15,000 to crazy Ken Cuccinelli (R) in 2013! With three other passionate and engaged Democratic candidates, does the Democratic Party really wish to nominate someone who has been so “#bothsides” in his political contributions?

Alicia Plerhoples is a Georgetown Law Professor who truly represents the greatest of the American dream. Growing up, her (strong, resilient, supportive) family had financial challenges, including home eviction. From this situation, with academic achievement and student loans, Alicia went to the pinnacle of the American educational system: Harvard, Princeton, and Yale.  She taught at Stanford, before taking the position at Georgetown and choosing (as so many of us have) to become a Fairfax County resident (and voter).

I have had the chance to get to know Alicia through her role in the creation of and leadership of Virginia Democracy Forward — a booming grassroots Democratic group that has helped numerous Democratic candidates in Virginia (and elsewhere) with boots on the ground canvassing, fundraising, post-card writing, and so much else.  Thoughtful, substantive, learning, caring, considerate, passionate, ethical … someone who I simply respect and am proud to have as an acquaintance.  Thus, to be clear, the endorsement is in part due to that personal knowledge and acquaintance.

As to the questions and issues above, Alicia Plerhoples:

Finally, by electing Alicia Plerhoples, Fairfax County Democratic Party voters can not only get an intelligent, passionate, ethical County Chair ready to provide engaged oversight of our (generally very high quality, dedicated) County staff, but also provide an implicit rejection of the situation with statewide elected officials, and a strong statement about the role of women and people of color in political leadership. The importance of such a statement becomes clearer when one considers stories such as this one, about the Washington Post‘s failure to endorse a single woman as the (male) Virginia editorial page editor madesexist remarks about women. On June 11, I encourage everyone to send a message that this type of attitude is unacceptable – by voting for Alicia Plerhoples for Fairfax County Board Chair!