See below for graphics, courtesy of VPAP, showing “Donations to General Assembly candidates January 2018 through June 2019.” I have a few comments on these numbers as well. 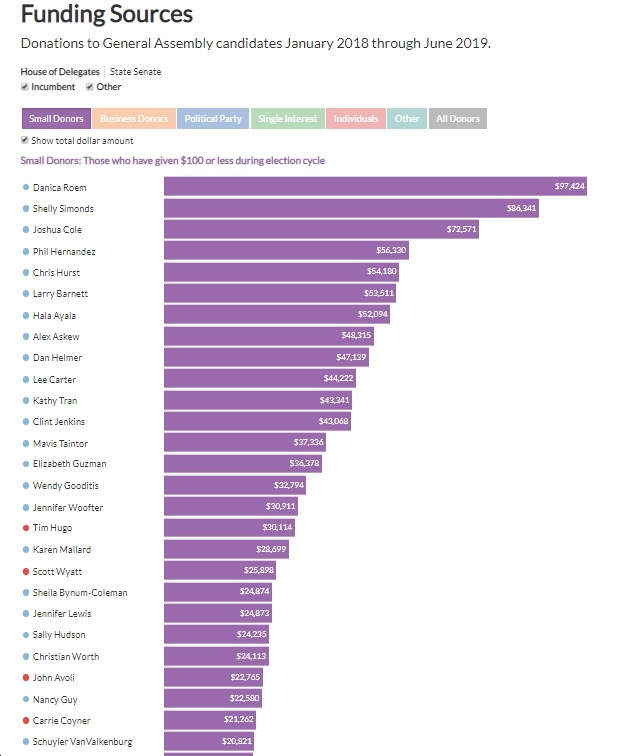 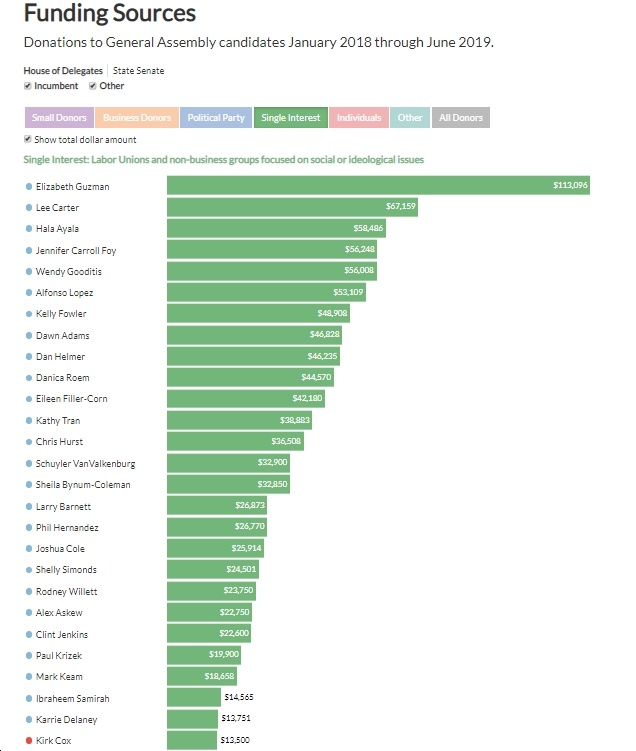 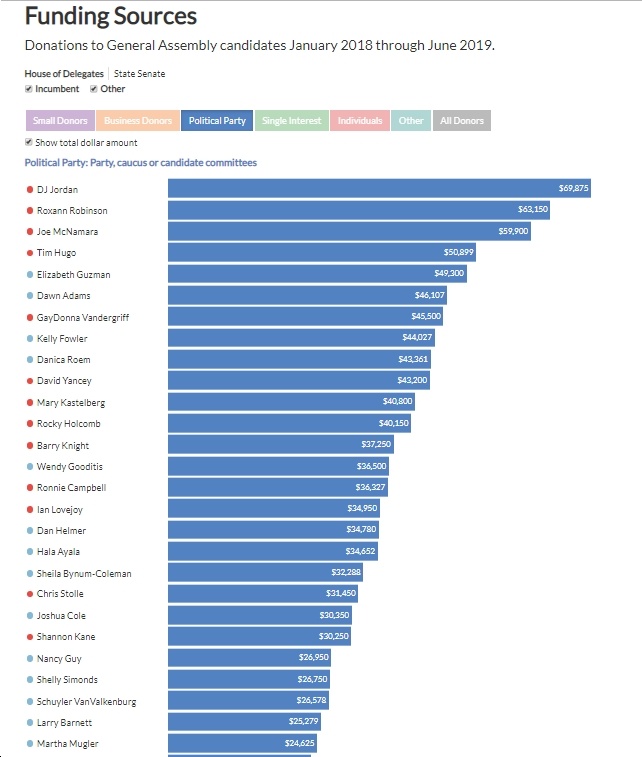 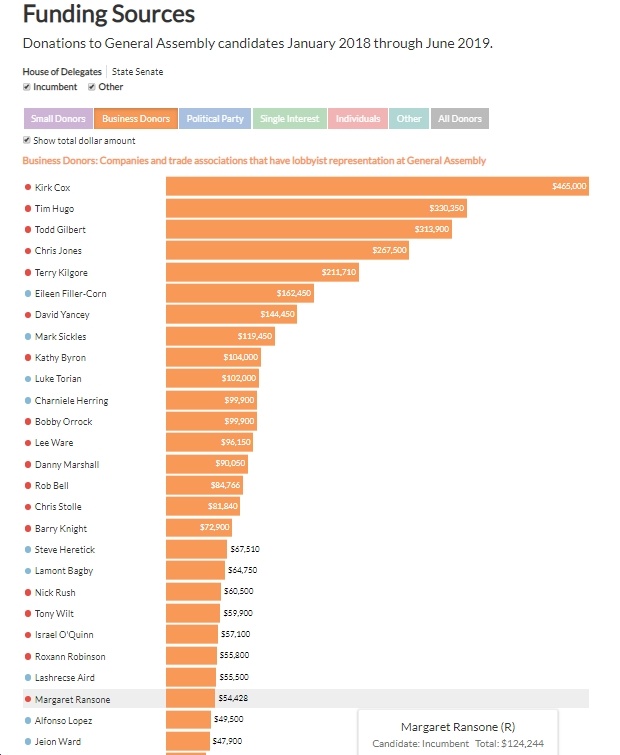 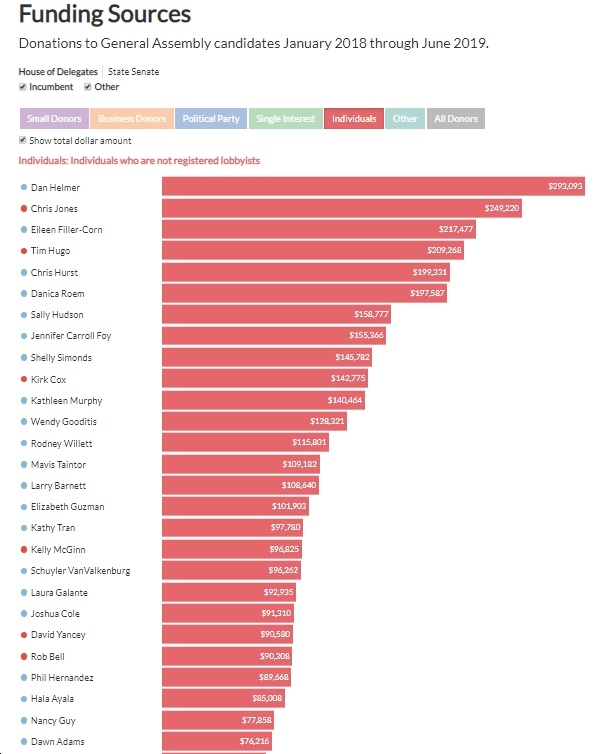 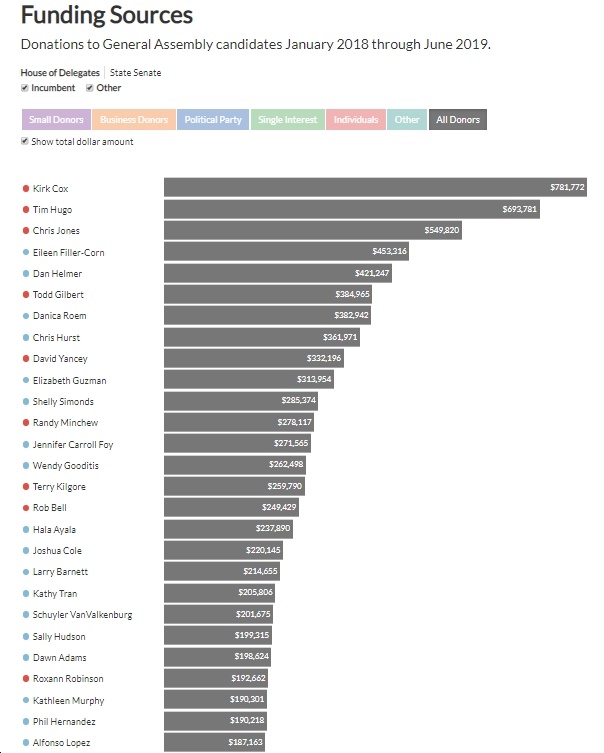 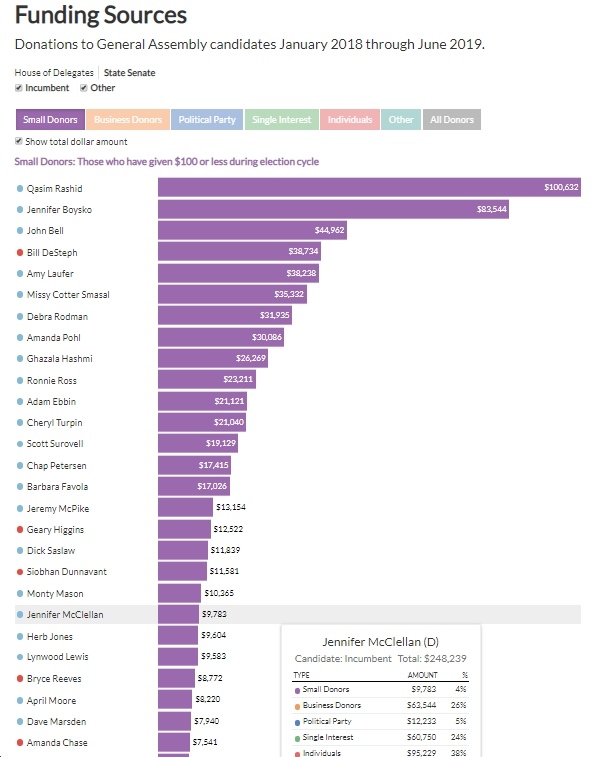 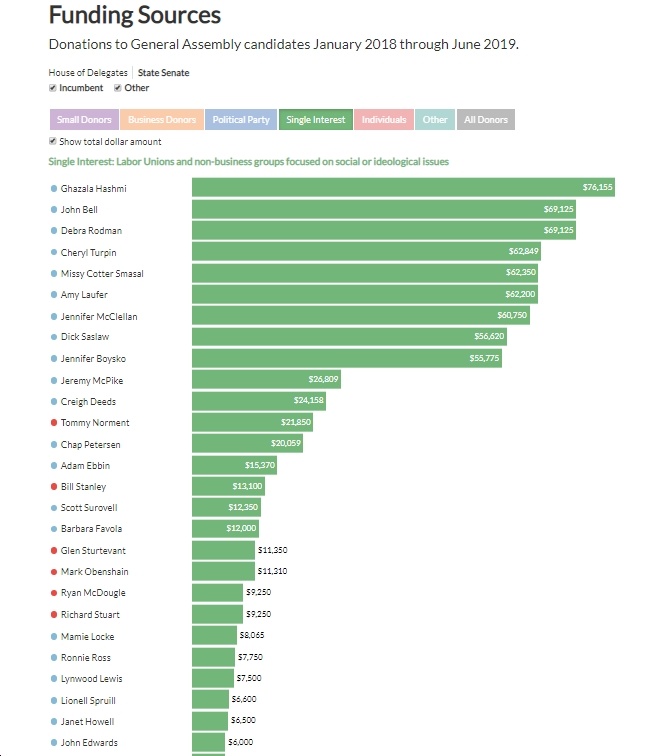 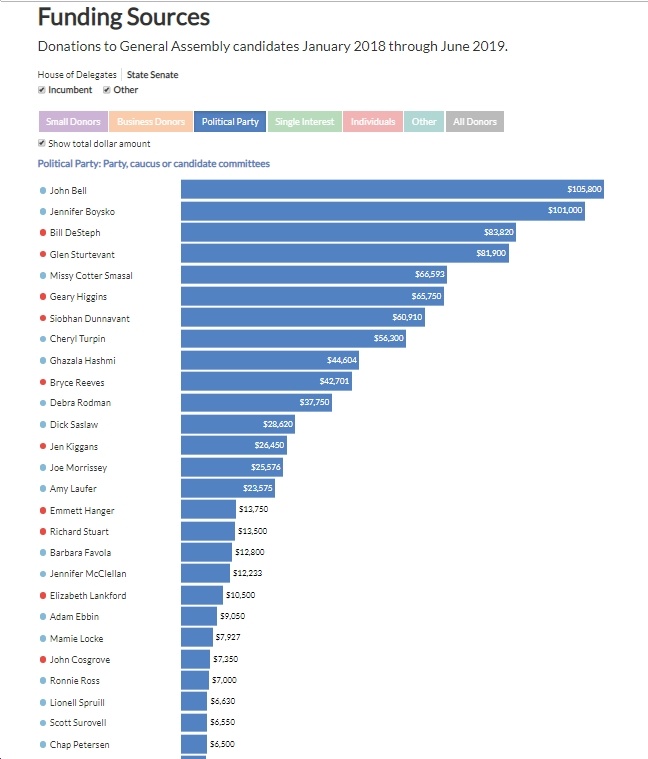 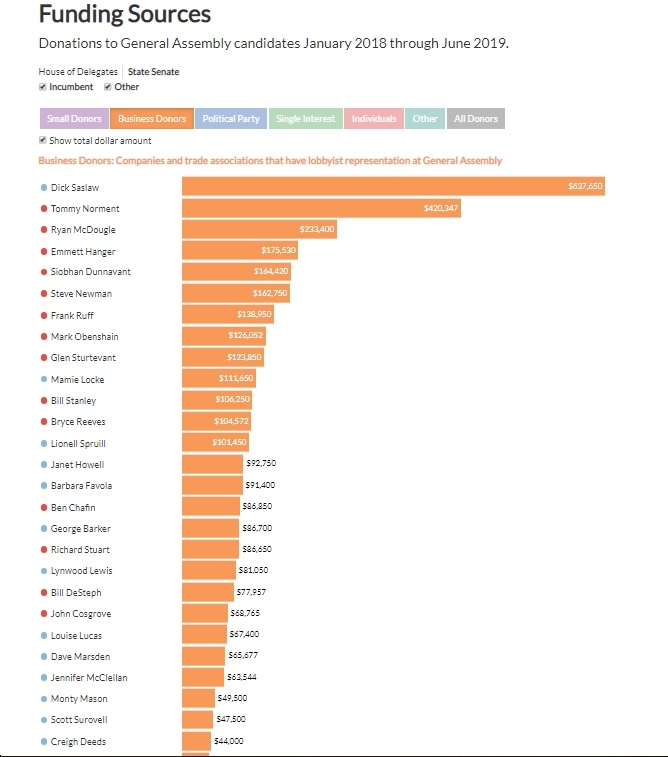 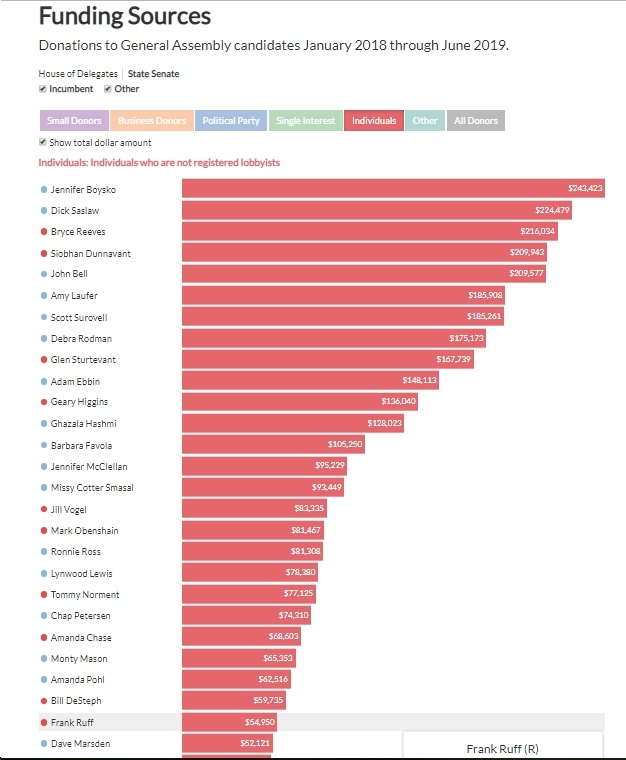 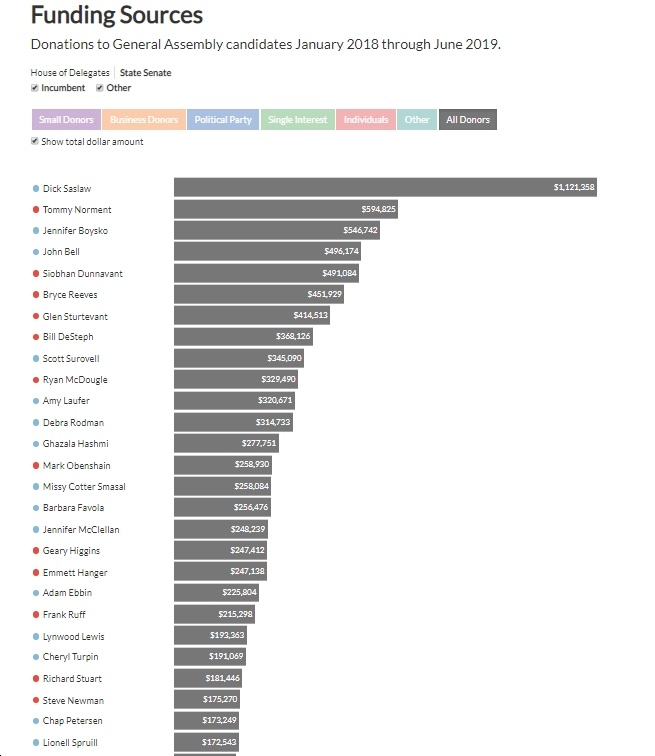