This is a *great* hire by the Virginia Legislative Black Caucus (VLBC). If you recall, back in late April, Lt. Gov. Justin Fairfax’s former policy director Adele McClure spoke out powerfully about the of sexual assault accusations by Dr. Vanessa Tyson and Meredith Watson. At the time, McClure argued, powerfully, that “I believed and still believe that the Lieutenant Governor has lost the moral legitimacy to hold public office” and that “Dr. Vanessa Tyson and Meredith Watson are NOT a modern-day lynch mob.” McClure added:

As I wrote at the time, I was (and continue to be) in awe of her courage, also blown away by the power and brilliance of her words. I added – and still hold – that I agree 100% with everything she said, that I hope everyone will give her all the support she deserves, and that Democrats must be the party that takes women seriously, that believes women’s stories of sexual abuse, that never EVER sweeps those stories under the rug, even and especially when it’s politically inconvenient or difficult to talk about this stuff.

Anyway, congratulations to Adele McClure on this important new position, and kudos to the VLBC for hiring her! 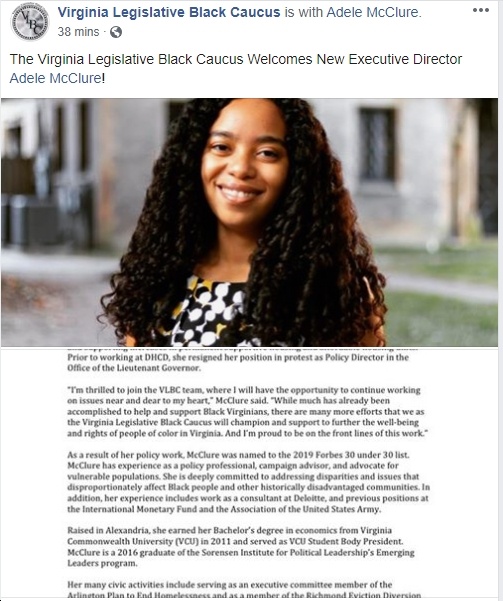 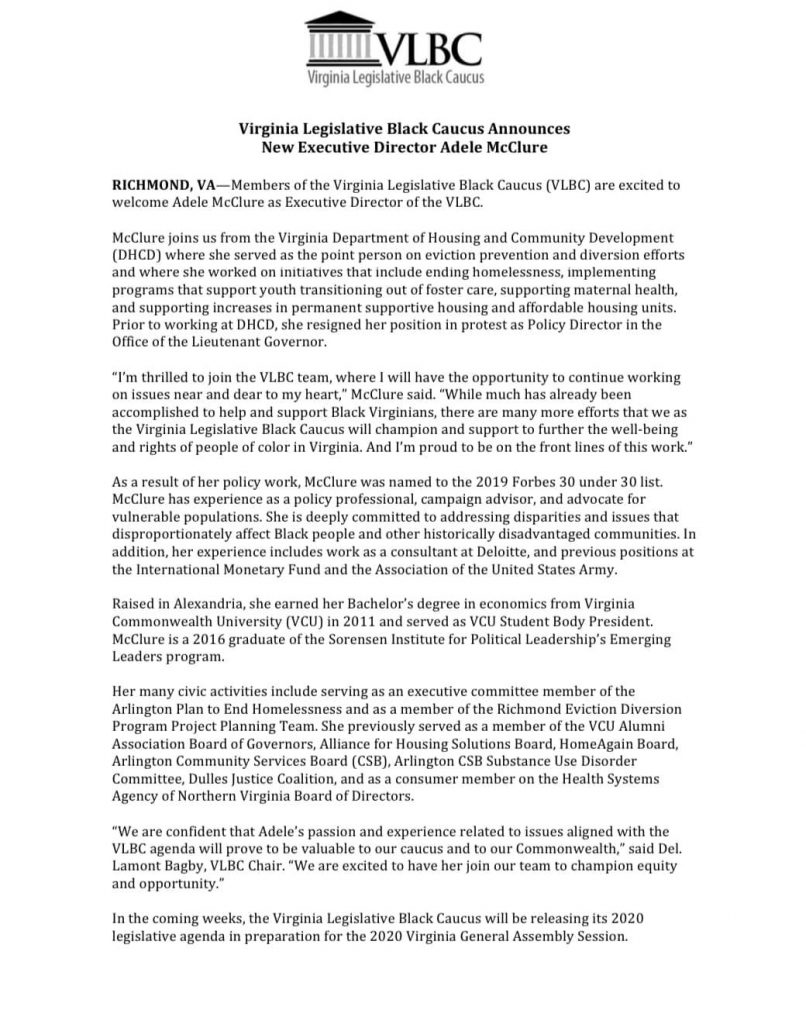