See below for a new graphic from VPAP looking at “divergent party unity” in the Virginia House of Delegates in 2017 through 2020 – “Republicans and Democrats had operated within a relatively narrow band of unity until this year, when Democratic unity soared and Republican unity fell.” Note that the graphic defines “contested floor votes” as “[m]otions on the House floor with at least one dissenting vote and where at least two-thirds of a caucus took the same position.” Also note: “The numbers in the chart…show the percentage of caucus members who were unified with their caucus on 90 percent or more of contested floor votes.” So…this doesn’t look at committee votes or subcommittee votes, or *uncontested* votes, only “contested floor votes” in the House of Delegates. With that…here’s the graphic, followed by a few thoughts as to why it might look the way it does. 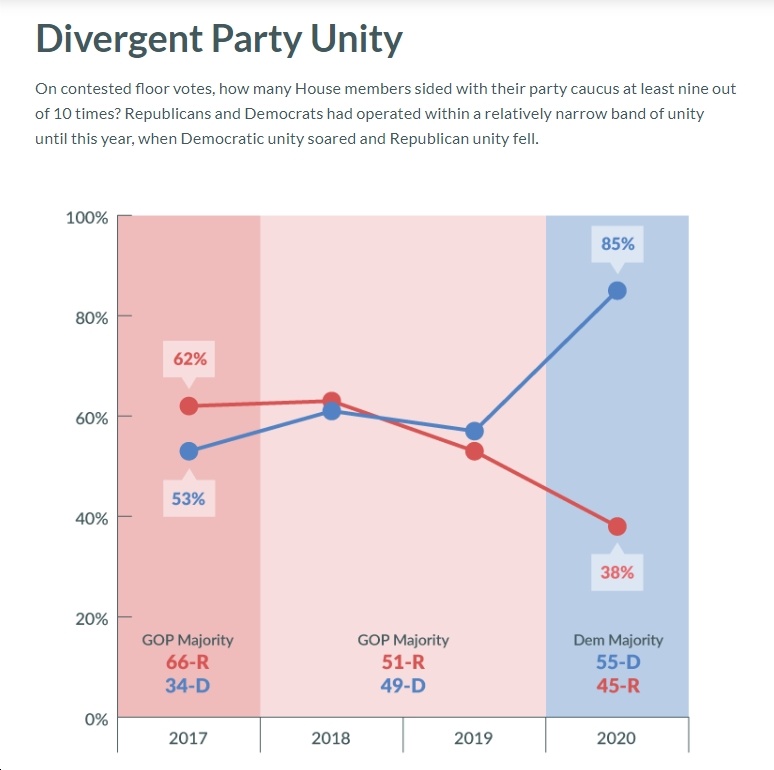 So…why the divergence in 2020? I asked a couple smart Virginia politicos, and basically got the following responses: