Hahaha, our old pal Del. Nick Freitas (R-HD30) – who back in July failed to make the ballot for House of Delegates, then blamed everyone but himself for his incompetence – is now running for the Republican nomination for Congress from VA-07…and is screwing up yet again. See below for his latest, including: 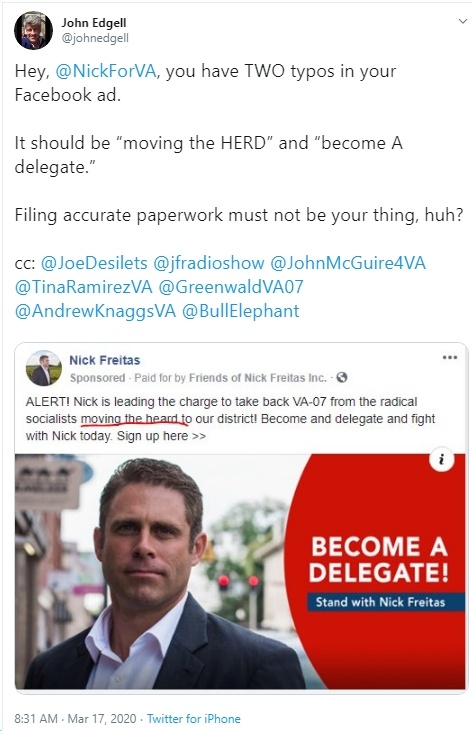 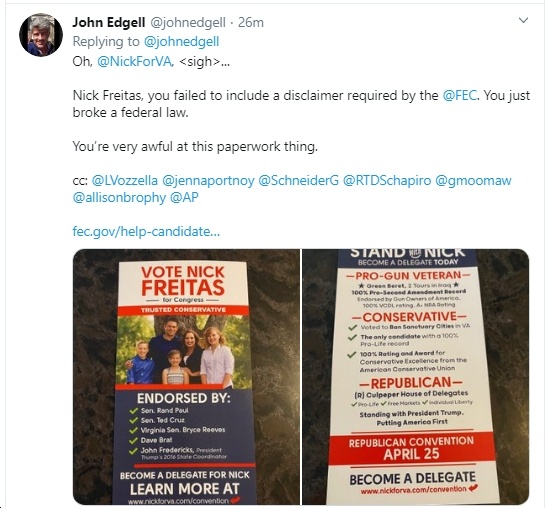 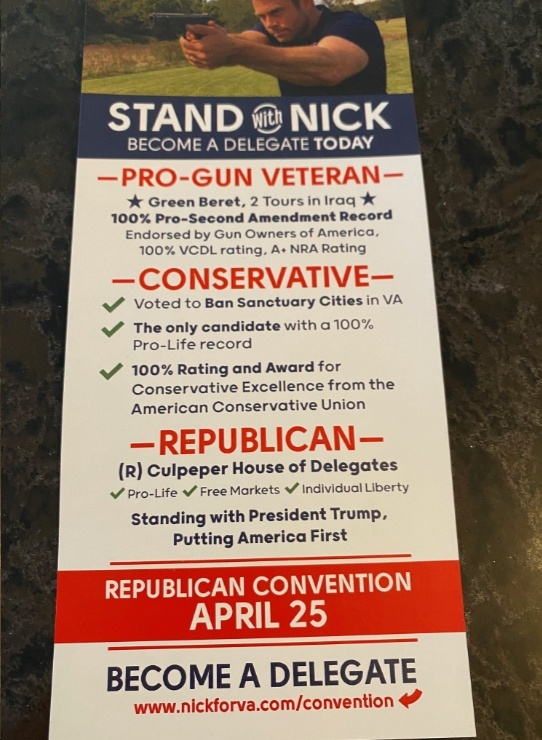