Del. Glenn Davis (R-Virginia Beach) just announced for the 2021 Republican nomination for Lt. Governor of Virginia. Unfortunately for Davis, he has essentially zero chance of winning said nomination. Why not? Let us count the ways:

Bottom line: Davis is wildly out of step with the current Virginia GOP, which is hard-right and Trump-loving all the way. Of course, given that he *barely* held on to his House of Delegates seat in 2019, presumably Davis figures he doesn’t have much to lose, since it’s quite possible his political career is going to be ending soon regardless… 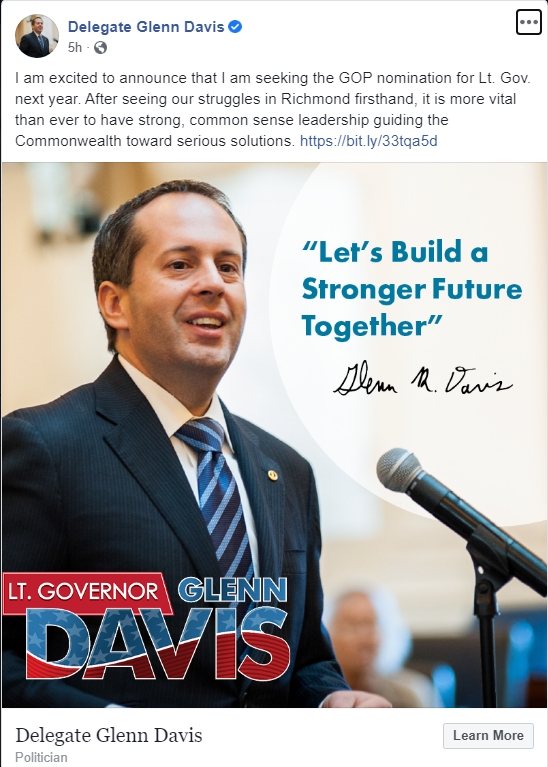 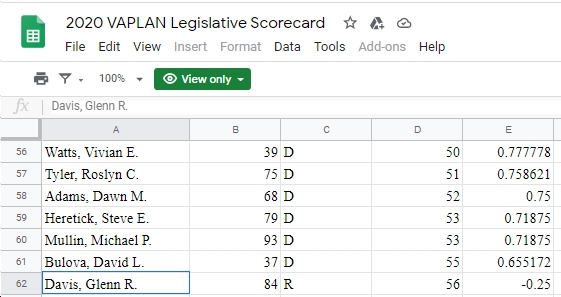 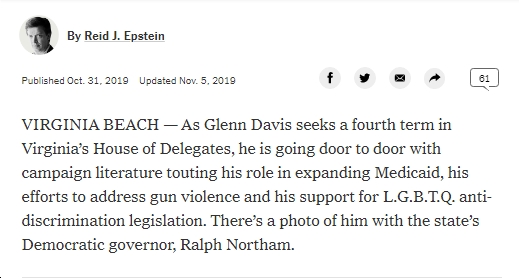 Vote like your state's future and your own future depend on it. Because they do! https://bluevirginia.us/2021/10/big-early-voting-in-deep-blue-northern-virginia-saturday-very-clear-that-democrats-are-voting-big-right-now-and-republicans-not-keeping-up#comment-5582582377 h/t @DPVA_VP

VERY well said by @LBontheBike. Make sure you vote for @HalaAyala - and for Democrats up and down the ballot - today, this coming week, or on 11/2! https://bluevirginia.us/2021/10/sunday-news-the-global-stakes-at-glasgow-deal-on-bidens-2t-plan-edges-closer-harris-is-confident-youngkin-has-failed-the-test-of-character-obama-gives-fiery-spee#comment-5582575373