See below for a fascinating thread by Fairfax County Democratic Committee Executive Director Jack Kiraly, who has crunched the numbers and found all kinds of good stuff. For instance, that 135k out of 180k early votes cast so far in 1.2-million-strong Fairfax County are “likely Democrats.” Also, that it wouldn’t be surprising if Biden/Harris won Fairfax County 75%-25% (compare to previous elections, such as in 2016, when Clinton/Kaine won Fairfax County 64%-29%; or in 2012, when Obama/Biden won Fairfax County 59%-39%…so another significant step in the “blue” direction if this prediction comes to pass). And that Biden/Harris could beat the Clinton/Kaine vote total from massive/blue Fairfax County by Election Day. Amazing, and also an indication that Biden/Harris are (likely) going to romp in Virginia generally. But, of course, standard advise: do NOT take anything for granted, act like it’s a close race, and most importantly VOTE if you haven’t already! 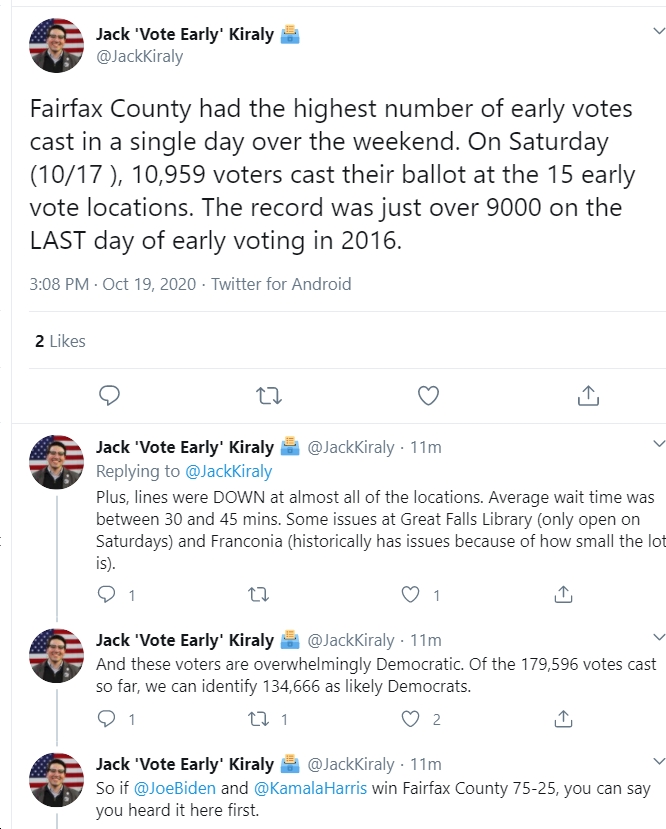 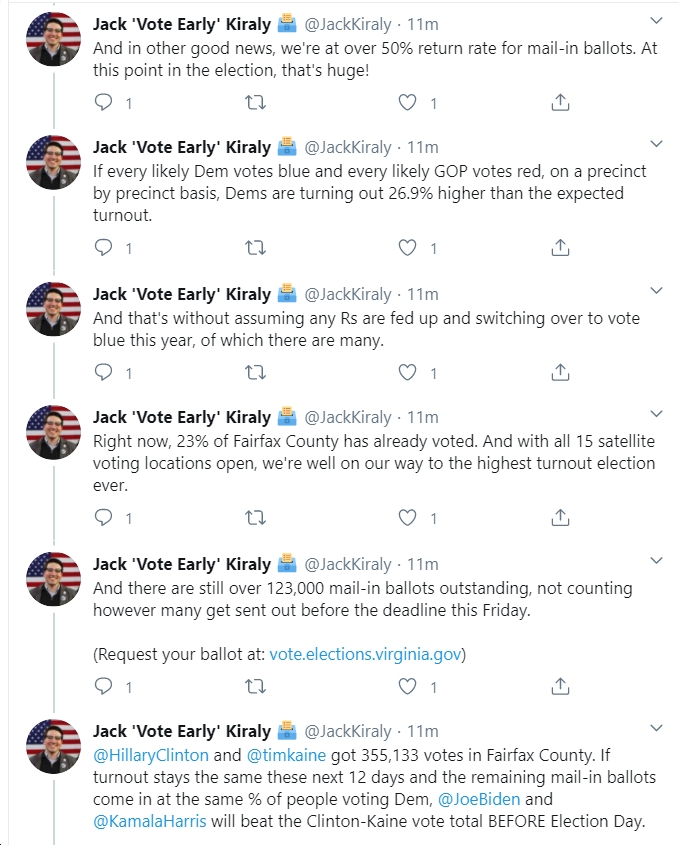 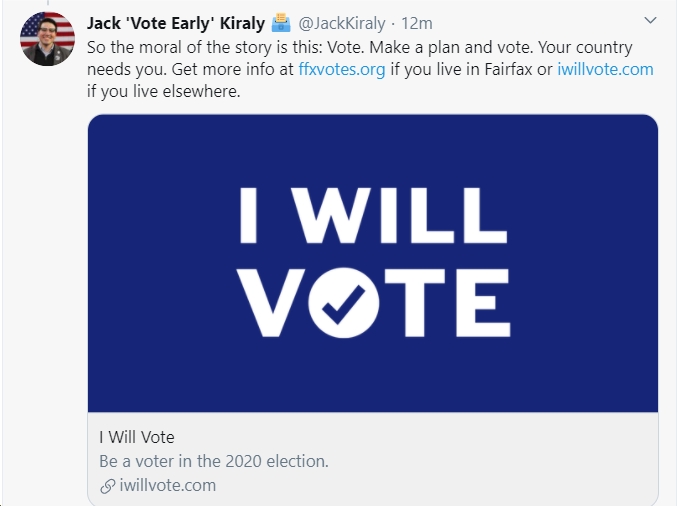