We’ve written a lot about Virginia’s 5th Congressional District, in part because there’s been a great deal of drama there (e.g., see BREAKING: After Performing Same-Sex Marriage, Trump-Endorsed Rep. Denver Riggleman (R-VA05) Defeated (!!!) by Far-Right-Wing Challenger Bob Good, and also because it appears to be VERY much in play (see New Poll Shows Dr. Cameron Webb Ahead in VA-05 Race, 47%-45%, New Poll Shows Dr. Cameron Webb Leading in VA-05 by 45%-42% Margin), despite being a “red” district which Trump won by 14 points in 2016 and even neo-Confederate Corey Stewart (R) won by 2 points in 2018. A few other points about this race are: 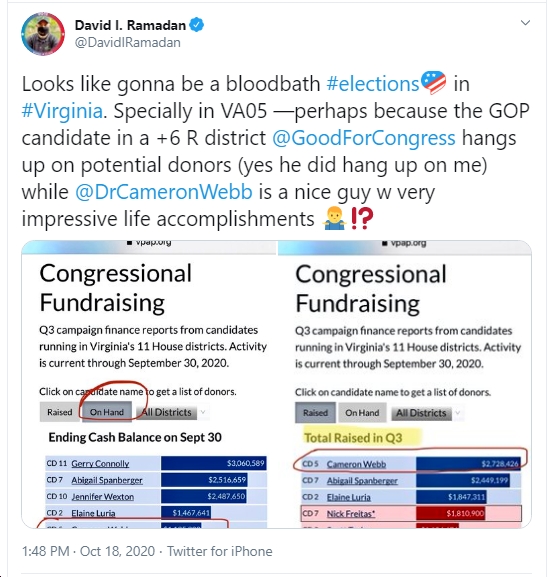 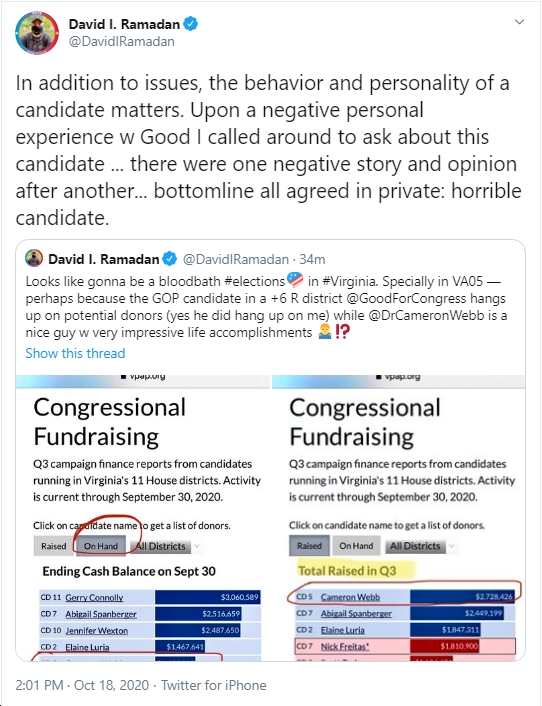 Also amusing, check this out:

Video: On CNN’s “State of the Union,” Sen. Mark Warner Says Terry McAuliffe “Absolutely” Could Have Won if Congress Had Passed the Infrastructure Bill...