Good maps by VPAP, but they got the headline (“One State, Two Elections”) sort of backwards. In fact, we just had an election – a SINGLE election, not “two elections” – with some people voting early and some people voting on Election Day. And, guess what? That’s right, that’s no different conceptually than in previous elections, when some people voted early and some people voted on Election Day. The big difference this time? Mostly because of the COVID-19 pandemic, combined with new laws passed by the Democratic-controlled General Assembly to make early voting easier/more convenient, a *ton* more Virginians voted early than usual. But regardless, it was still ONE election, not “two elections,” as VPAP’s headline claims.

So let’s go to the maps: 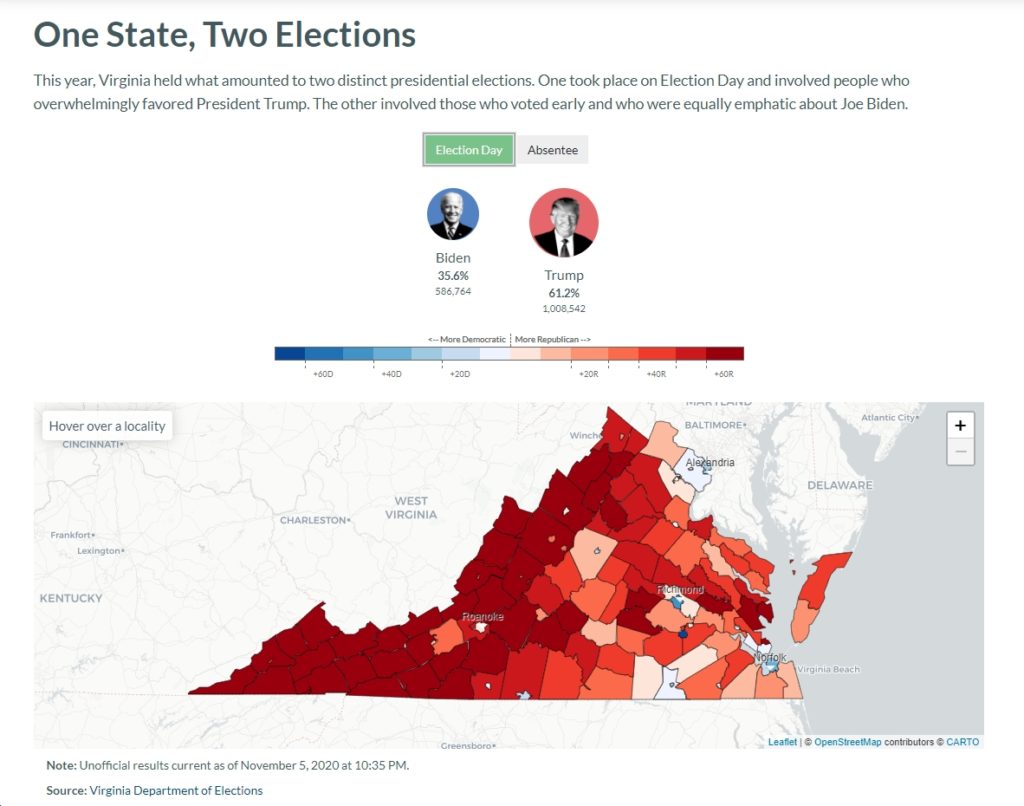 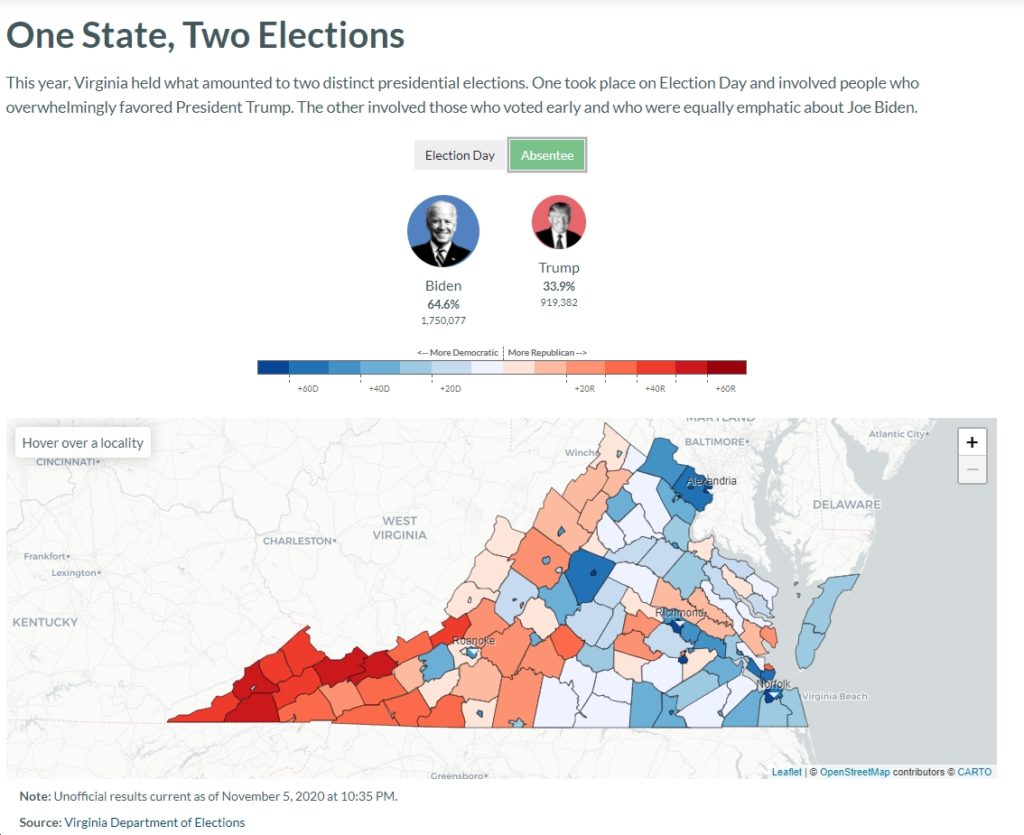