The election results in Virginia aren’t official yet, but they’re very close to final and unlikely to change much. So…while we’re sitting around waiting for the ridiculous TV networks and AP to proclaim Joe Biden the next president – something that has been obvious for hours now – let’s take a look at how the polls did in Virginia  to see how they did.

Now, how did the polls do? See below for the Virginia polls from September until November 2, courtesy of FiveThirtyEight.com. 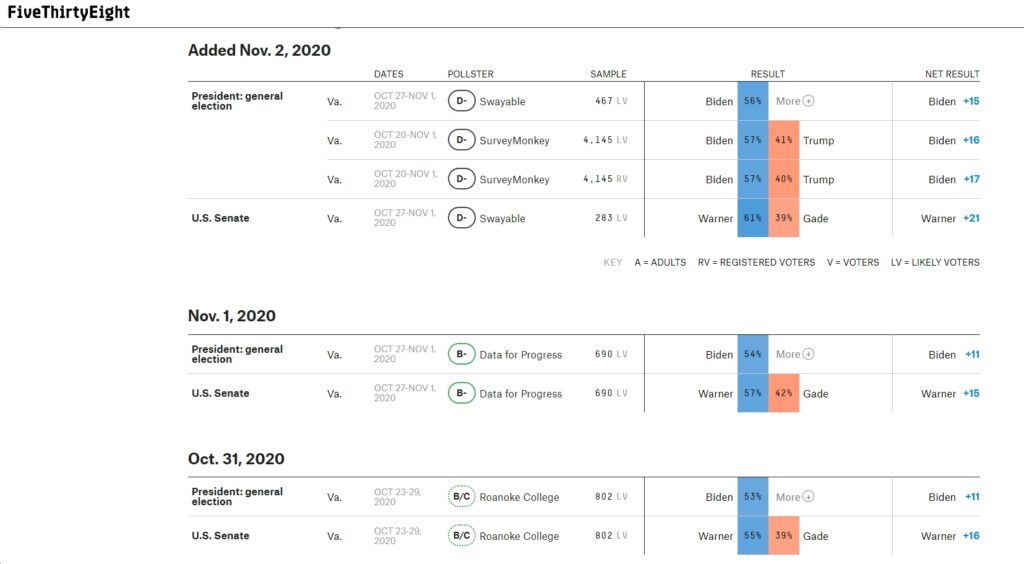 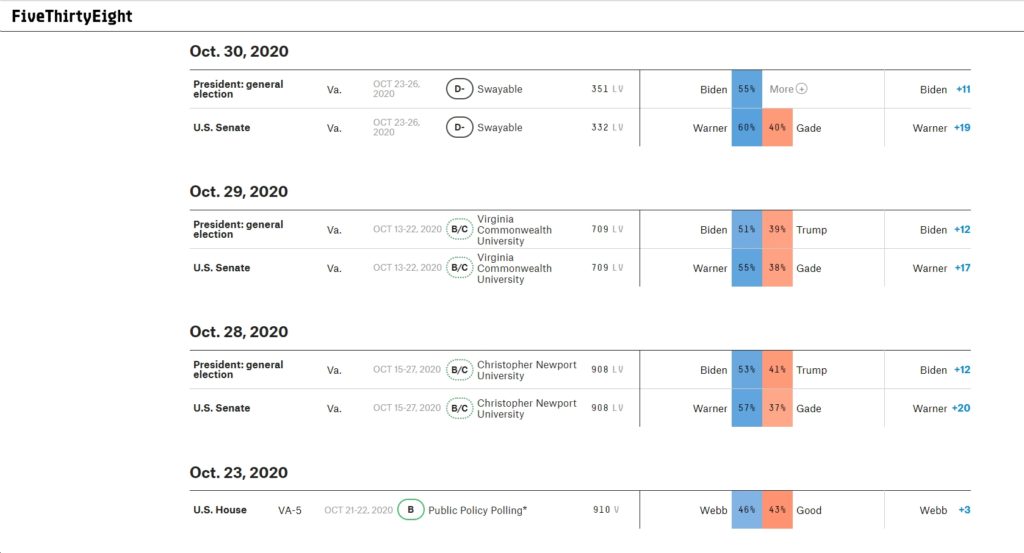 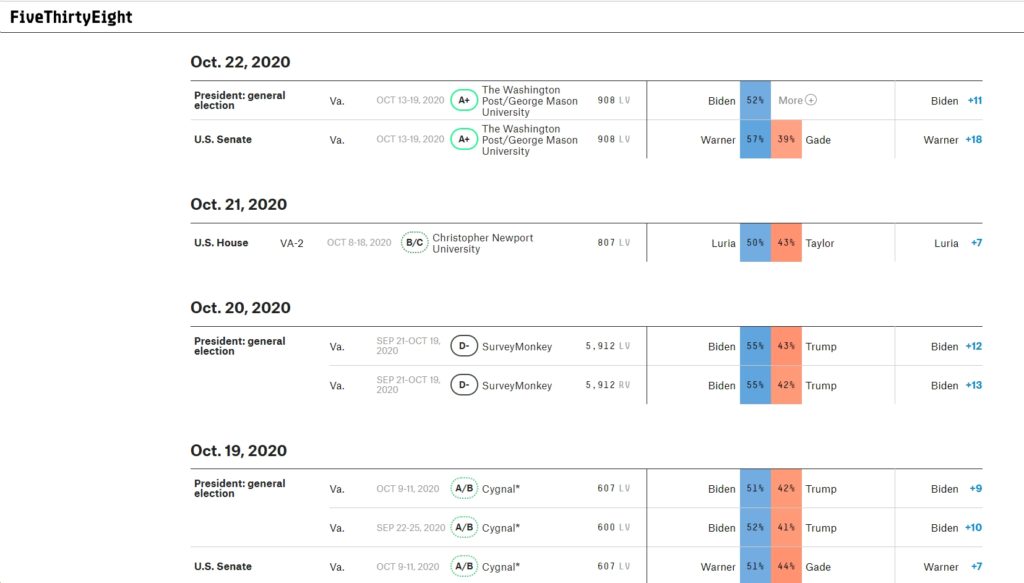 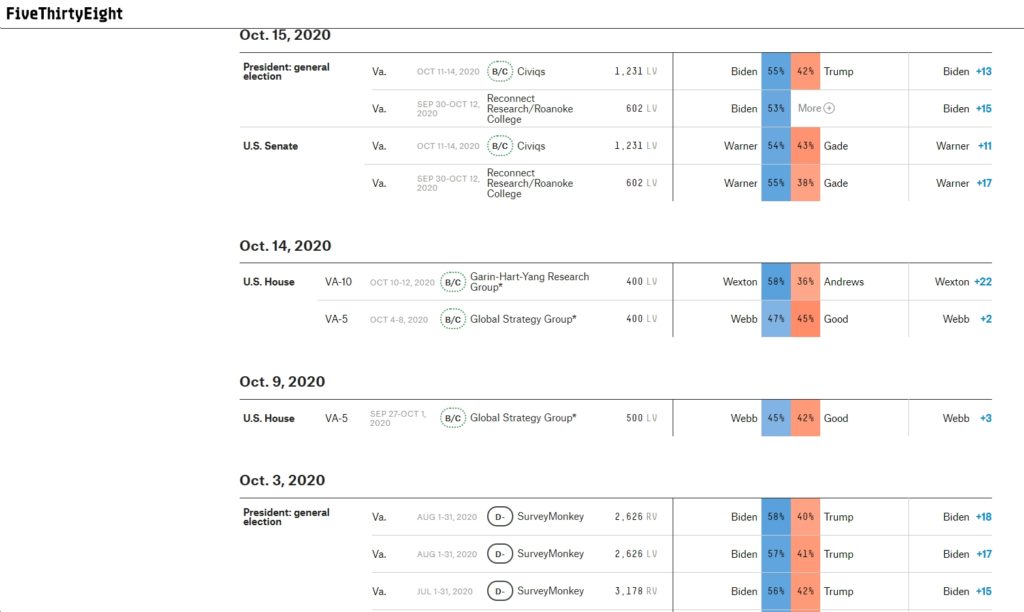 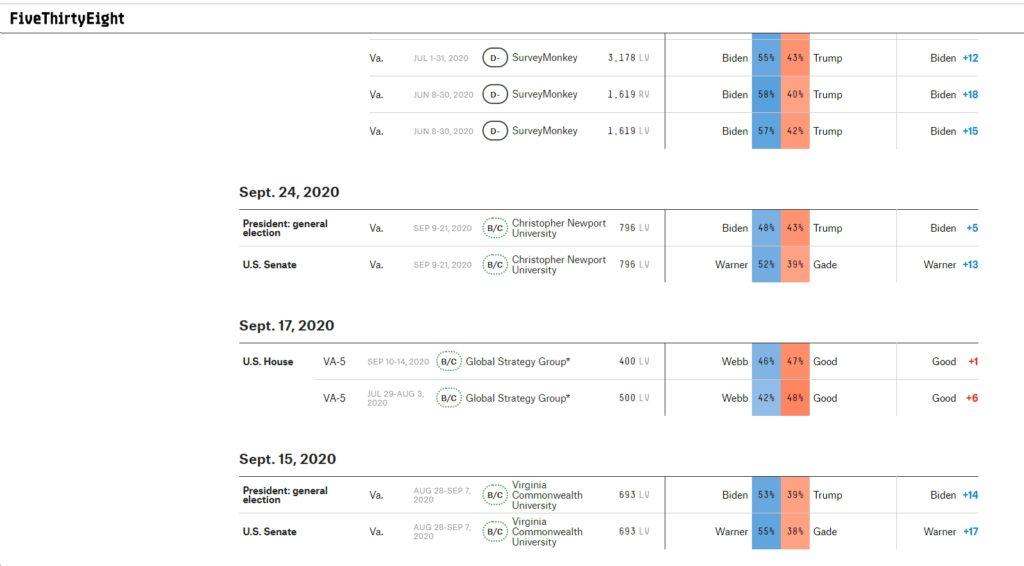