It’s not at all surprising, but still…we’ve got some breaking news from Axios, which is that former Gov. Terry McAuliffe is planning to announce “in the coming weeks” his run for another term as governor (note: in Virginia, of course, you can’t run for CONSECUTIVE terms). Also, see below for a poll re: your feelings about McAuliffe running again. 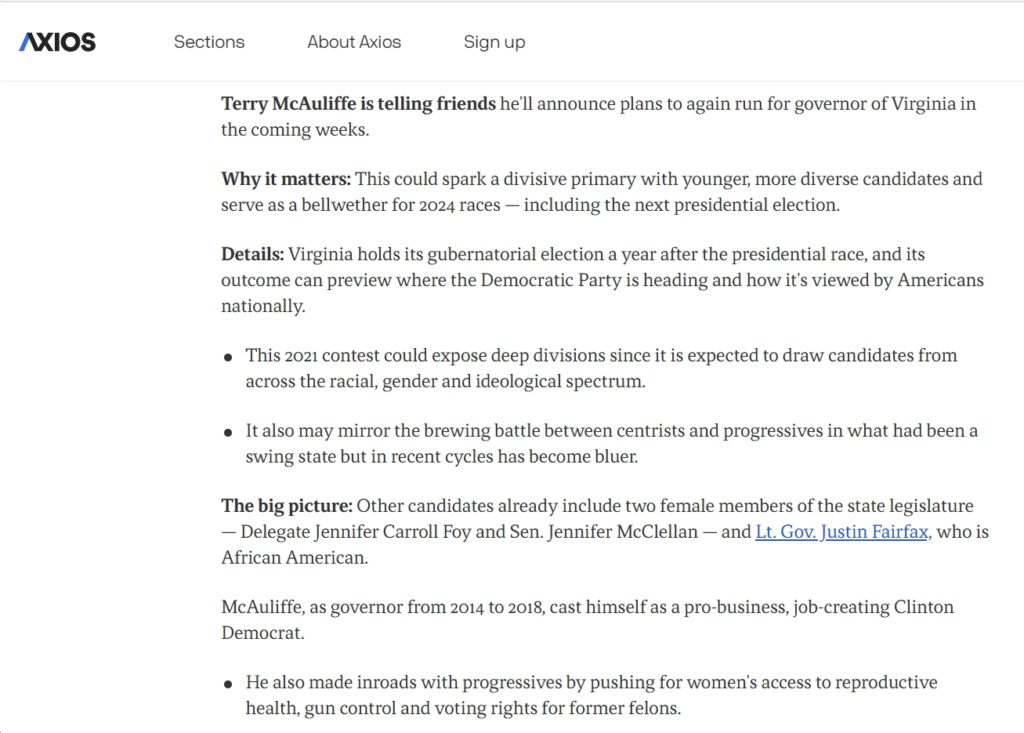 Yet again, need to scrap the filibuster (or at least weaken it substantially) to pass legislation like this https://bluevirginia.us/2021/04/sunday-news-us-china-agree-to-cooperate-on-climate-crisis-with-urgency-putin-critic-navalny-could-die-within-days-say-doctors-the-gop-has-become-the-party-of-jefferson#comment-5349715126