Courtesy of VPAP, here are the finalists  – 16 each picked by Speaker Filler-Corn (D), House Minority Leader Todd Gilbert (R), Senate President pro Tempore Louise Lucas (D) and Senate Minority Leader Tommy Norment (R) –  for the Virginia Redistricting Commission (note: the application deadline was December 30, meaning that the legislative leaders went through the 1,238 applications VERY quickly!). Now, “a panel of five retired circuit court judges will select two names from each of the lists,” for a total of eight citizen members, who will serve alongside four Republican and four Democratic legislators. I don’t recognize most of these names at first glance, but I do see Cindy Cunningham, who writes for this blog and who would be a superb member of the commission – on the list. As for diversity:

Hopefully, we’ll get more demographic and other information about these folks in coming days, but so far at least, it appears that the Republicans’ lists are heavy on men from “red” parts of the state, while Democrats’ lists are more diverse in terms of gender and with more from the urban/suburban “crescent” (Hampton Roads to Richmond to Northern Virginia). 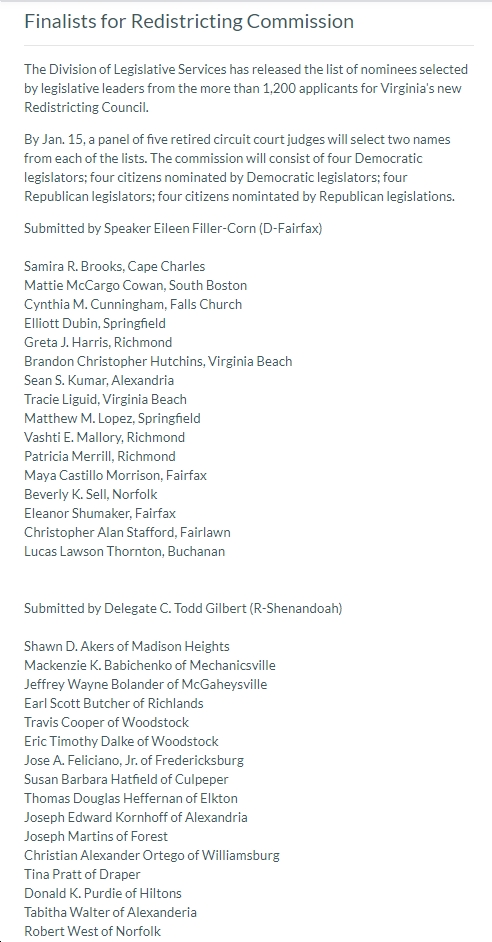 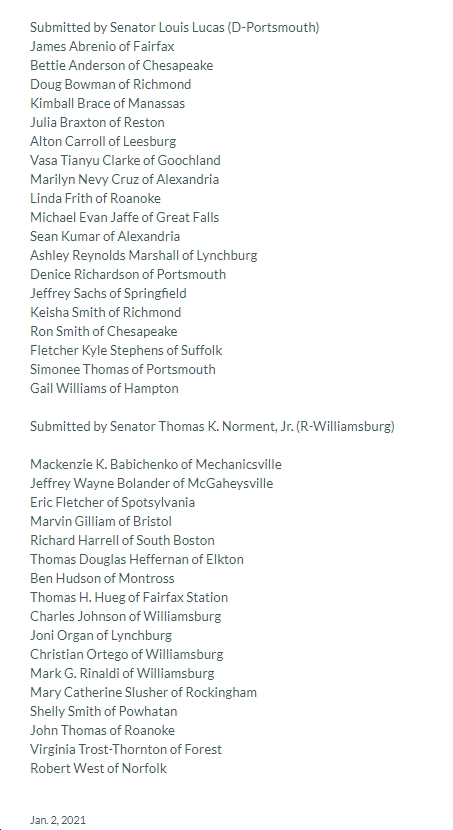