As President Biden says, the Holocaust shows us “what can happen when people turn their heads and fail to act.” Of course, the Holocaust was a uniquely horrible event in human history, but unfortunately there have been other genocides – Rwanda, Cambodia, the Native Americans in this country, etc. – and there’s no guarantee another genocide couldn’t happen again. Which is why, as Sen. Mark Warner says, “we must honor the past to ensure we stop prejudice and hatred from taking root in the future” – including right here in America. And as Sen. Tim Kaine says, “It is more important than ever to actively oppose bigotry and evil in all its forms and fight against the disease of bystanderism.” Because yes, sad to say, “it” (fascism, violence, etc.) CAN “happen here,” unless we speak up and act to prevent it. 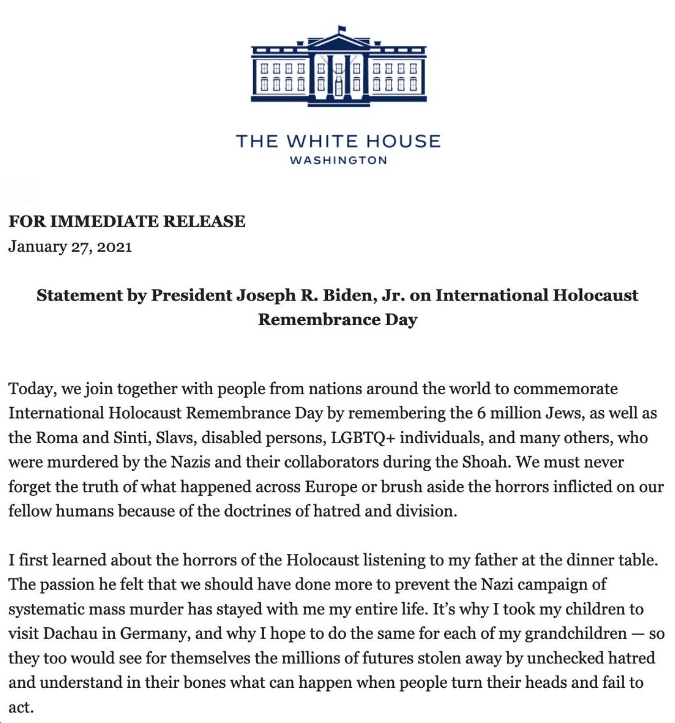 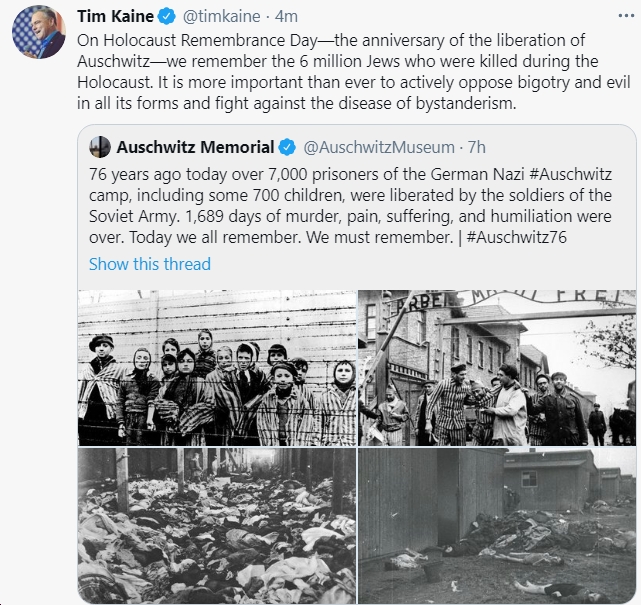 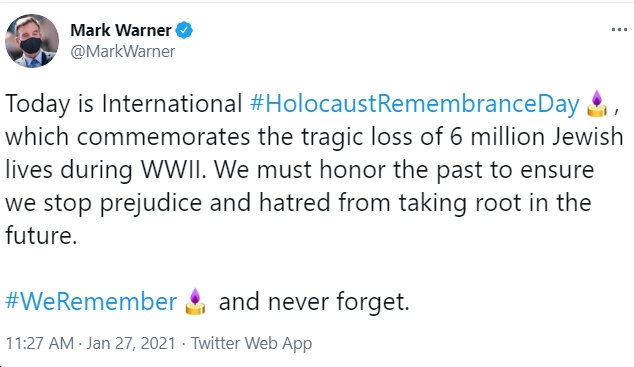 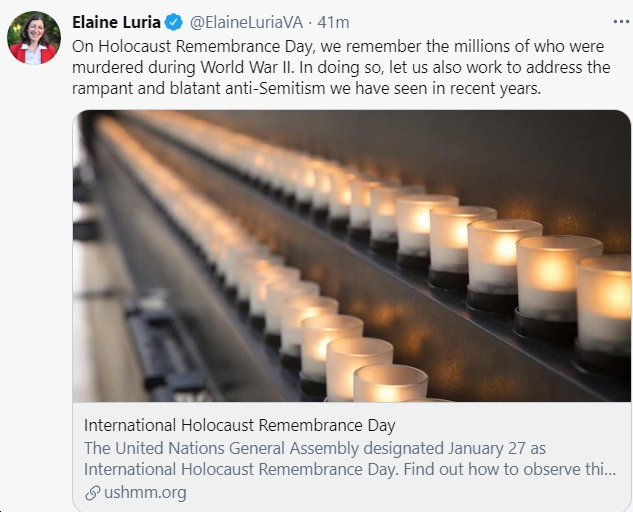 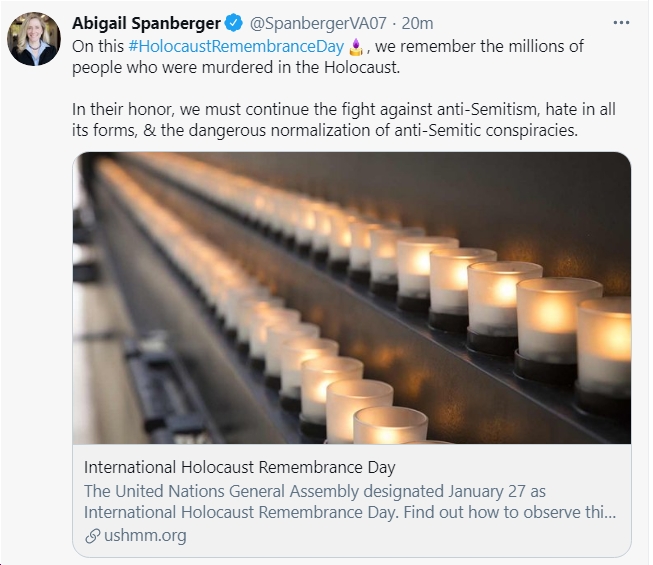 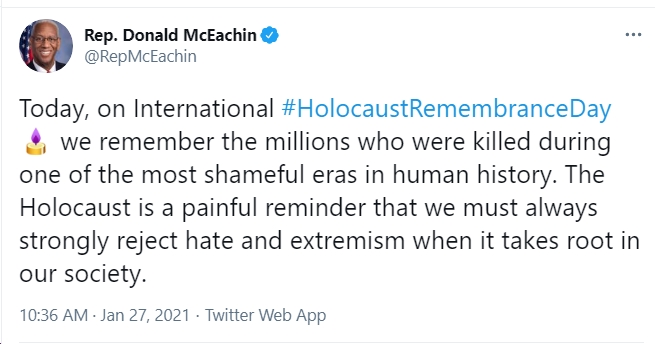 Auschwitz, where 1.1 million humans were brutally and systematically murdered by the Nazis, was liberated 76 years ago today.

Let’s remember where extreme ideological “isms” took us then, and resist them vigorously today. 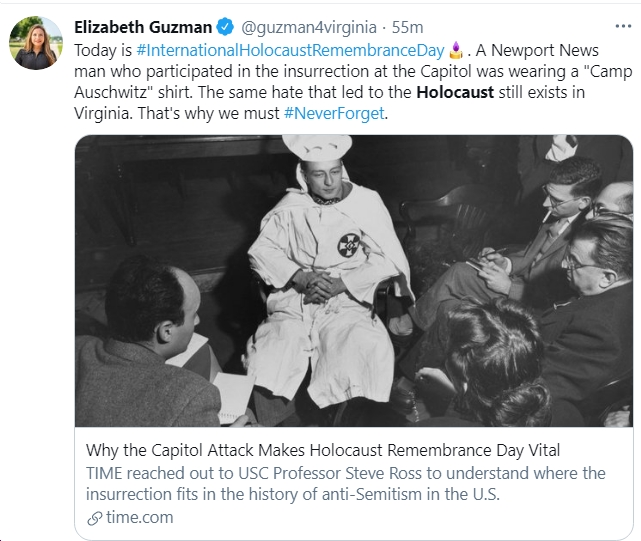 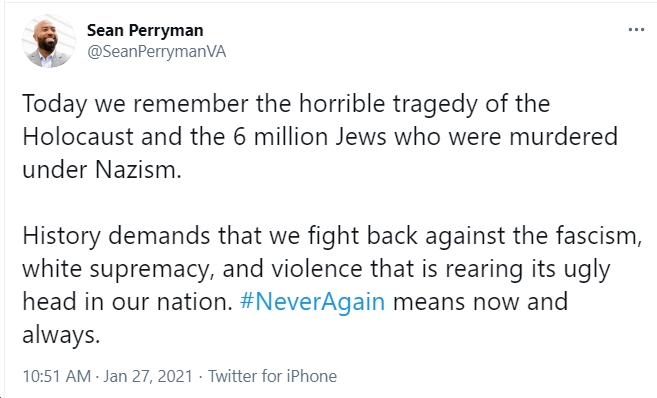