Back on January 16, Sen. Scott Surovell explained that U.S. Census data was likely to be delayed by around two months, throwing into doubt whether Virginia will be able to draw new House of Delegates districts in time for the November 2021 elections. Two weeks later, where are we with this exactly? Here’s the latest, again courtesy of Sen. Scott Surovell, speaking a little while ago at his virtual town hall (see video, below)…

“We found out last week that the U.S. Census advised us that they’re not going to be able to give Virginia the data we need in order to redraw our districts until at least July 30. That data usually comes in mid-February. So, because the data’s coming so late, it’s basically going to be impossible to redraw Virginia’s Senate and Delegates districts in time for the November 2021 elections. Normally, we redraw them, we do a special session, then we have primaries in August and elections in the new districts in November; that’s not happening. I’m not sure what’s going to happen; you know, we did pass this new constitutional amendment with this commission, the commission’s going to draw the maps instead of the legislature. But it’s pretty clear that we’re going to be running – at least the House of Delegates is going to be running under their old lines. And I think there’s a distinct possibility that we might end up having House of Delegates elections three years in a row…” 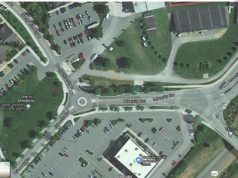