So far, at least, former Virginia House Speaker Kirk Cox (R)’s 2021 gubernatorial campaign has been fizzling, just like his very brief Speakership. For instance, this past Friday, a poll by YouGov found Cox with just 7% of the Republican vote, compared to 24% for frontrunner Amanda Chase and 13% for runner-up Pete Snyder (also just 2 points ahead of the practically unknown Glenn Youngkin).

Part of the problem, as I pointed out back in November, is basically just another vanilla right winger who’s much more boring than Amanda Chase. Another part of the problem is that Cox has been desperately pandering to the far right in a desperate attempt to not get outflanked by Chase, while saddled with his kinda/sorta support for Medicaid expansion. And then there’s just the cringe-inducing nature of Cox’s campaign – constant whining, complaining, etc. For instance, see below for his latest whining – and keep in mind that this guy is about as “privileged” as they come – about supposed “cancel culture.”

Anyway, check out some of the reactions to Cox’s “cancel culture” tweet. They are quite amusing…unless your name is “Kirk Cox,” that is. Heh.

P.S. Check out this NPR story, which explains that ” the phrase [‘Cancel Culture’] has been overstretched to defend people like Marjorie Taylor Greene who have expressed offensive and violent views” and that “the GOP’s cancel culture fixation may be seen as a sign that the party is straying from what it once stood for, and instead fixating on nonsubstantive debates.”

I’m excited to watch the next failed Virginia GOP commonwealth wide campaign. All the issues we face and this is what the “thoughtful” Republican in the race is rolling out with: “cancel culture”. https://t.co/6ABIslSTP3 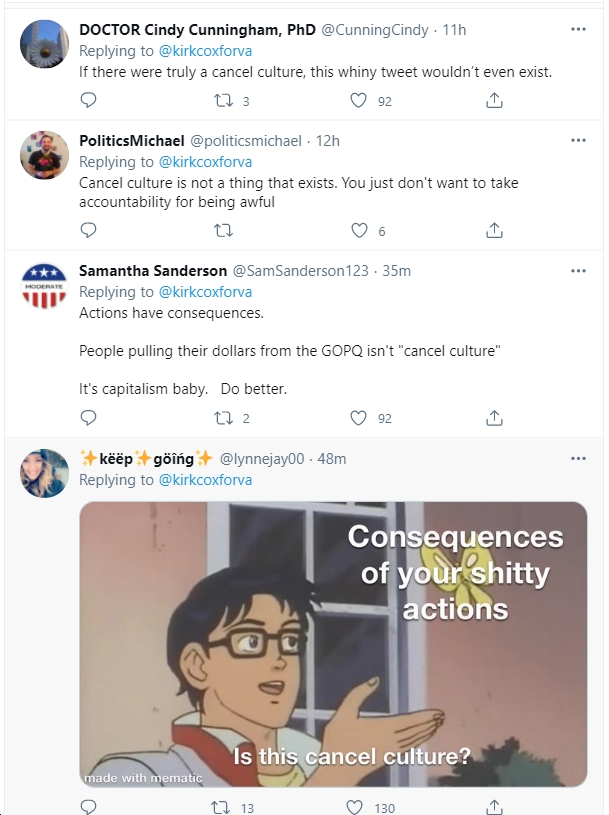 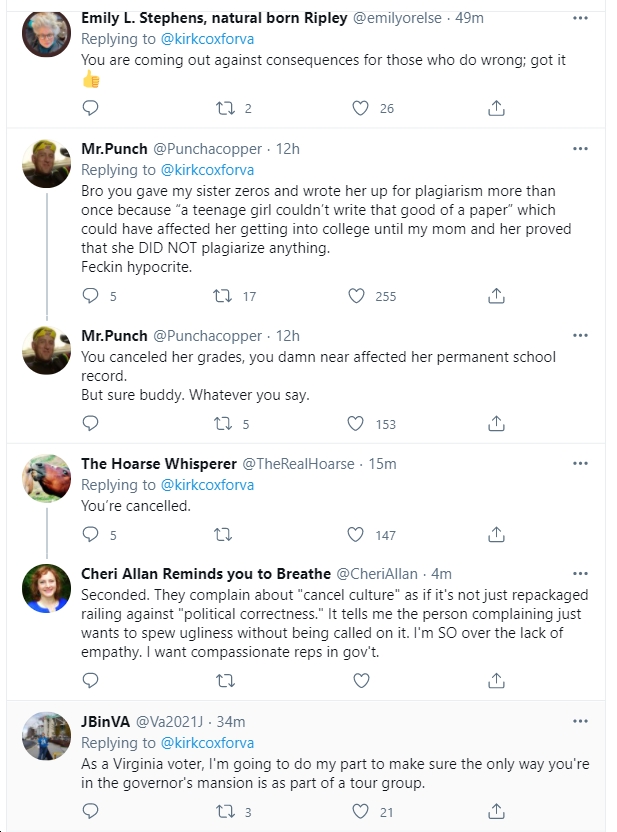 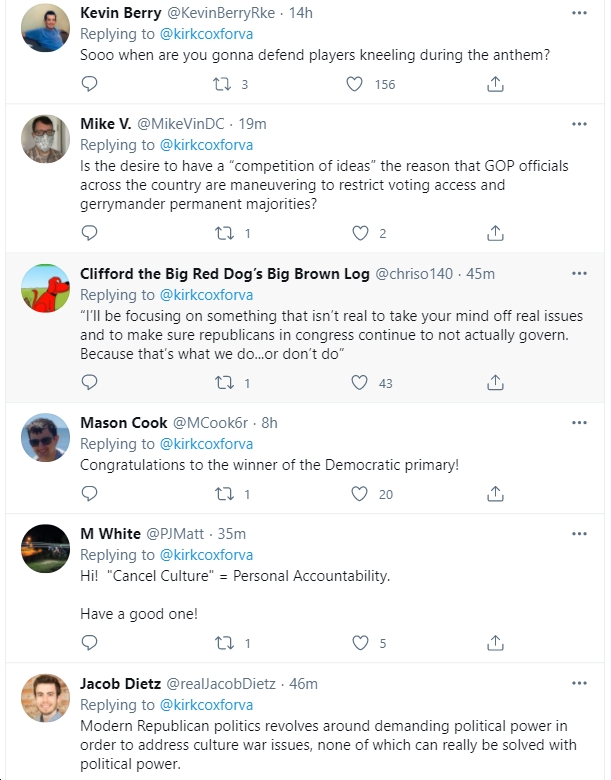 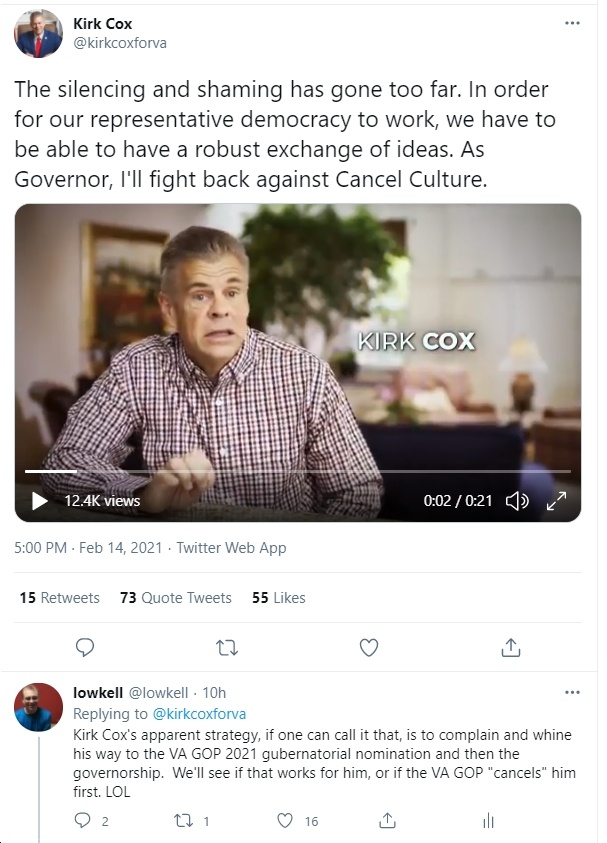