With eight days to go until Virginia Republicans nominate their candidates for governor, Lt. Governor and Attorney General, the leading contenders certainly aren’t moderating their messages. To the contrary, as you can see from the following Pete Snyder email, the leading candidates are channeling their inner racists, xenophobes, homophobes, etc. On a closely related note, they’re also becoming even more Trumpian in their language, if that’s even humanly possible. For instance, check out the language (all wildly over the top and wildly false) Pete Snyder uses in this email, such as the following (note: my comments are in parentheses and in blue):

By the way, for anyone who thinks the VA GOP gubernatorial field consists of one extremist (Amanda Chase) and a bunch of relatively “moderate” Republicans, that’s just…uh, completely not true. In fact, there’s almost no difference in substance, and increasingly no difference in rhetoric, between these candidates, all  of whom are after all appealing to the same, Trump-worshipping “base” voters. 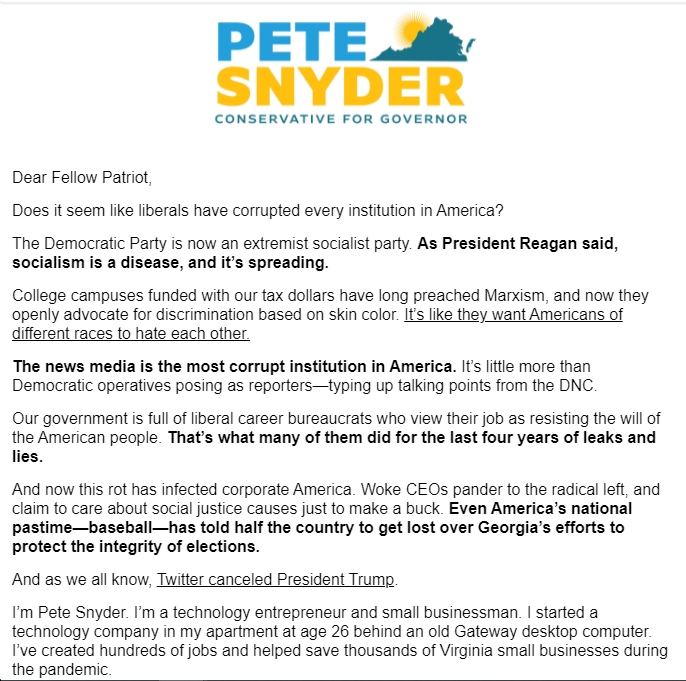 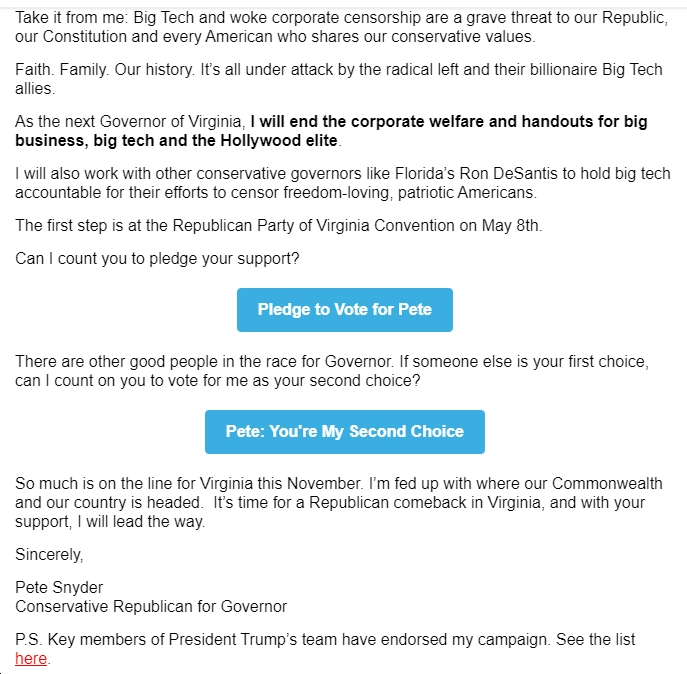