I’m not a big fan of Roanoke College polling (four years ago, their final poll of the Virginia governor’s race had it *tied* between Republican Ed Gillespie and Democrat Ralph Northam, who went on to win by 9 points) but we’ll throw this one into the mix anyway…

Bottom line: Sure, throw this one into the mix, but take it with a major grain/pillar of salt, because Roanoke College polling is often/usually weird and wacky, as it is in this case. 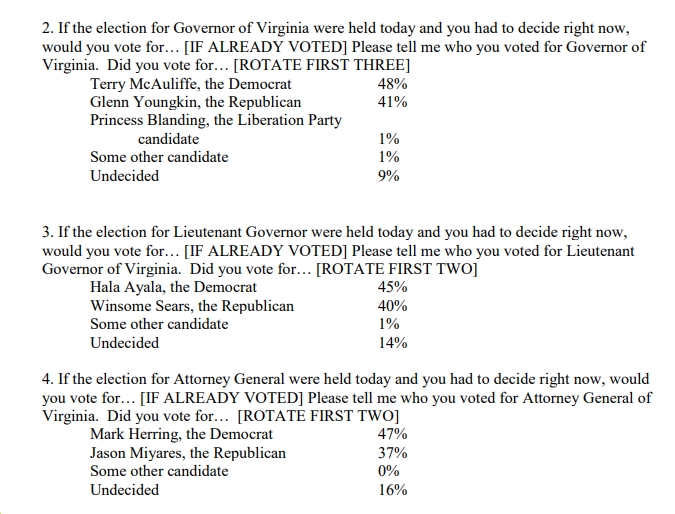 Glenn Youngkin – Who Has Zero Virginia Government Experience – Is Far Behind Terry McAuliffe, Ralph Northam in Filling His Cabinet