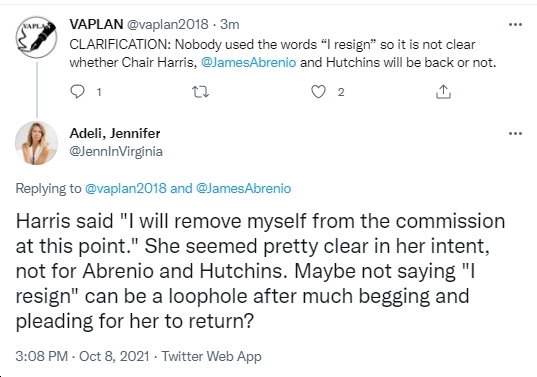 Chair Greta Harris says “You have to believe that people sitting across the table from you are sincere. I am appealing to the Supreme Court of Virginia to lift up fairness in whatever you do to draw maps. I don’t feel that all members are sincere. Regrettably, I am done.”

Summary: Chair Harris, @JamesAbrenio and Brandon Hutchins resigned. They didn’t have members left to have a quorum so adjourned. Could ostensibly return at the call of the remaining chair. Nobody knows exactly what the rules are. 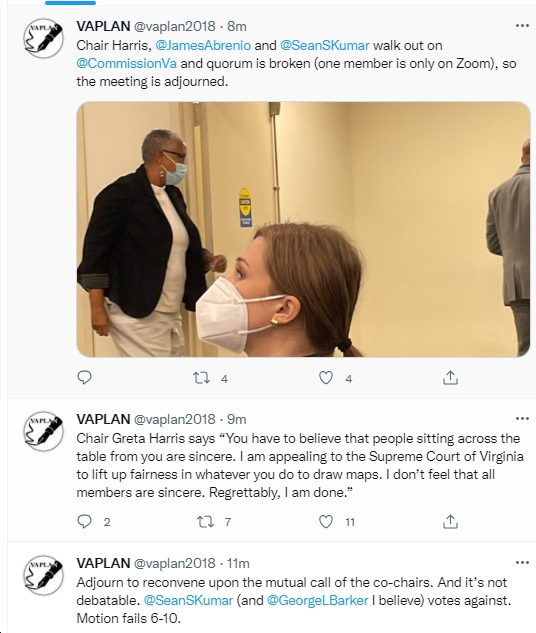 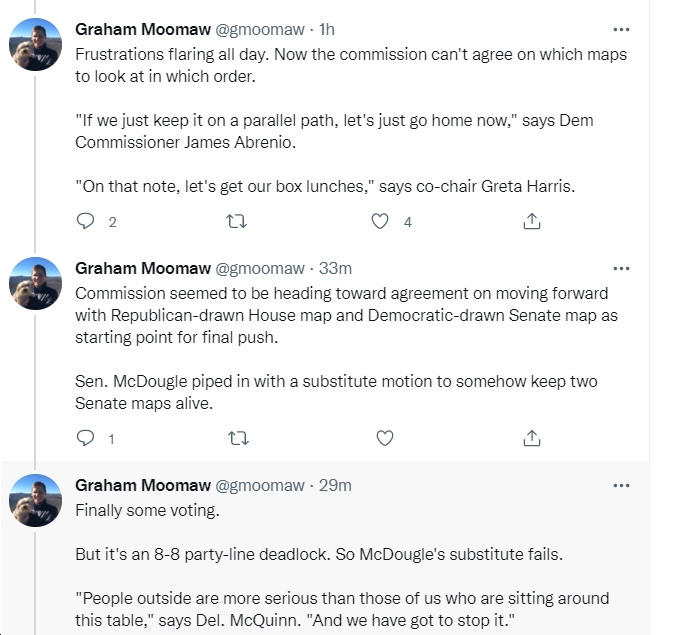 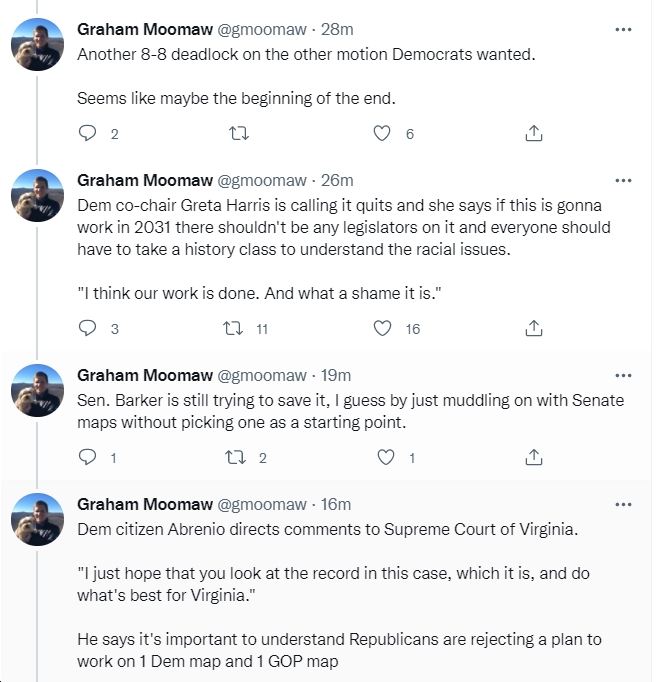 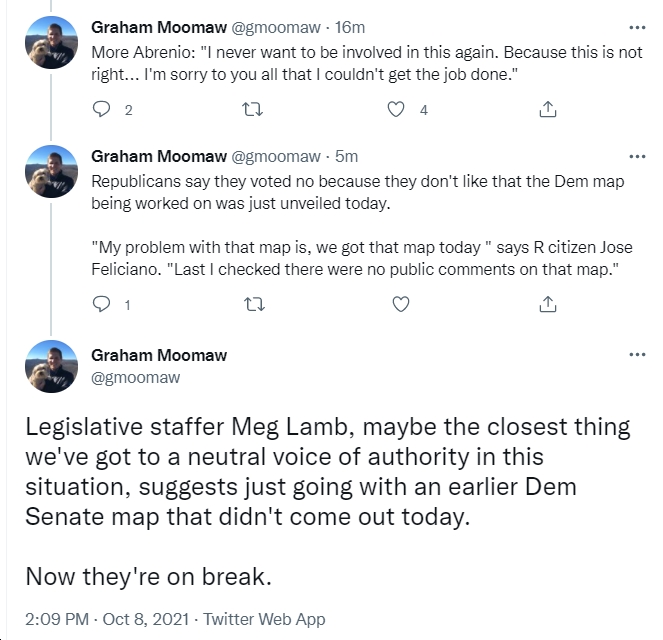 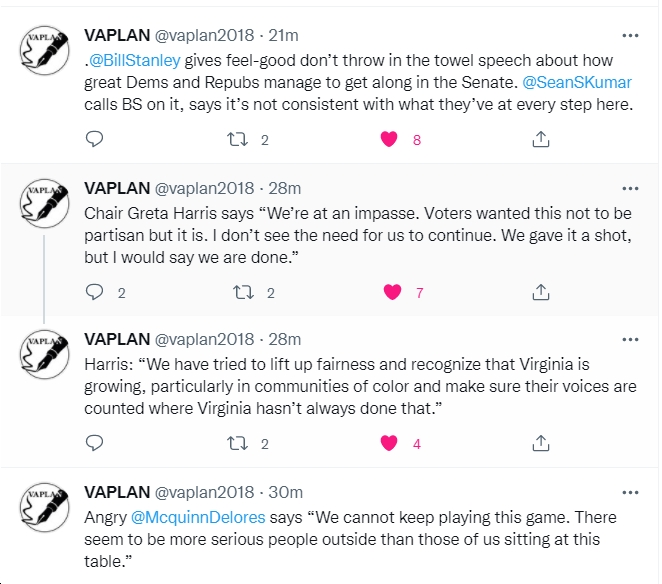 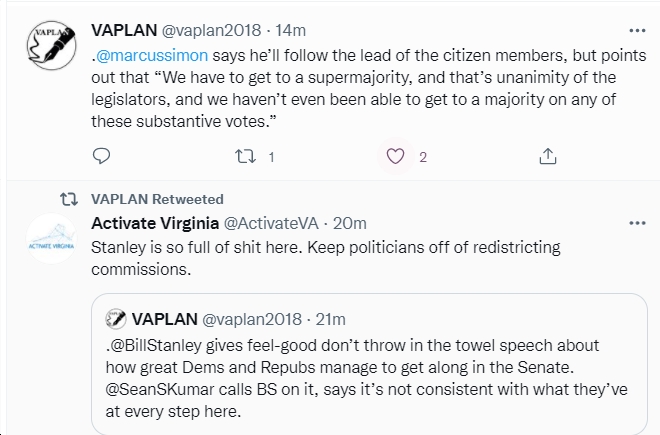 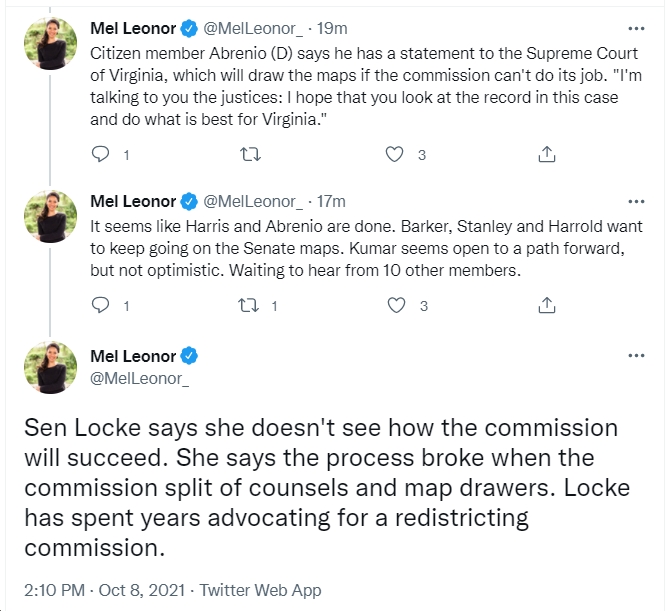 Final Maps for VA House of Delegates, State Senate Have *Lots* of Incumbents Paired/Tripled Up.

Wednesday News: “Climate activists push for an abrupt end to the fossil fuel era”; “Biden is learning not to fret over vaccine deniers”; “U.S....

Virginia Supreme Court Unanimously Approves New US House, State Senate and House of Delegates Maps for the Next Decade

Wow, this analysis ("after today's news, the speakers suggested '23 was aggressive and even a '24 ISD would be a win") from the Bank of America is really not good for the Mountain Valley Pipeline. Sad! ;) https://bluevirginia.us/2022/01/fourth-circuit-court-of-appeals-rules-that-forest-service-blm-erred-in-their-approvals-for-mountain-valley-pipeline-permits-in-jefferson-national-forest#comment-5709365583