If you foolishly decide to put Trump Republicans in charge, you’re going to get really *really* bad shit – every time. For instance, this morning in the Virginia House of Delegates, check out (courtesy of VAPLAN and others) what Trump Republicans were up to when it comes to marriage equality and voting rights.

Disgusting. And no, do NOT put Trump Republicans in charge – ever! 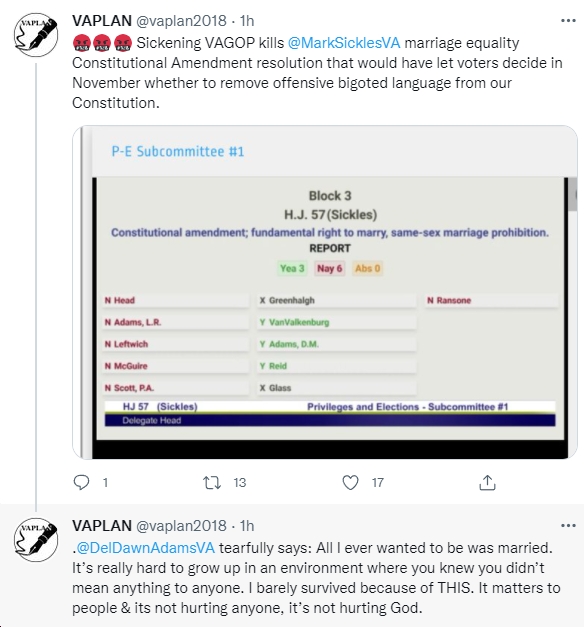 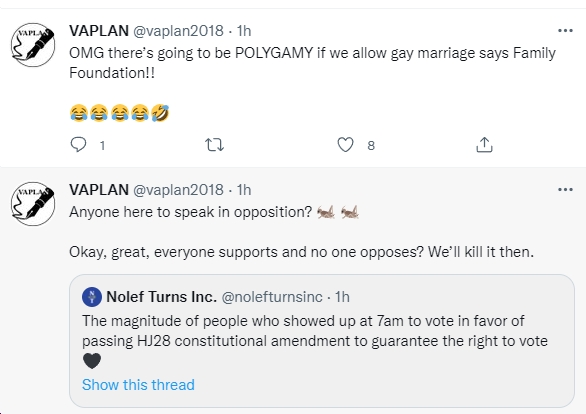 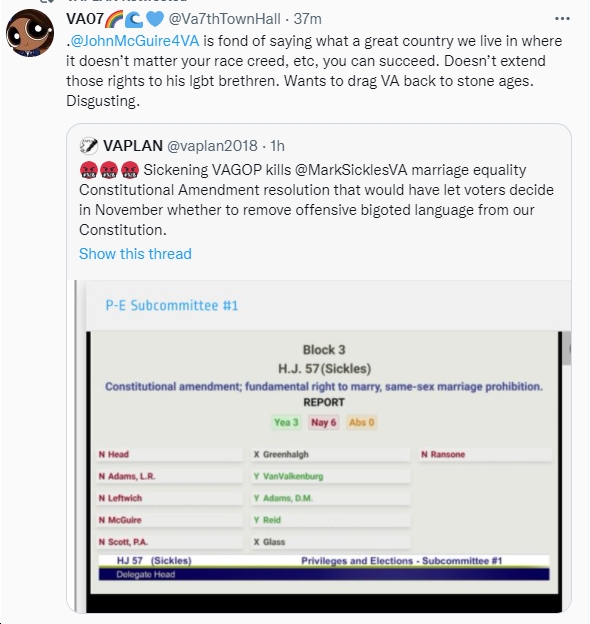 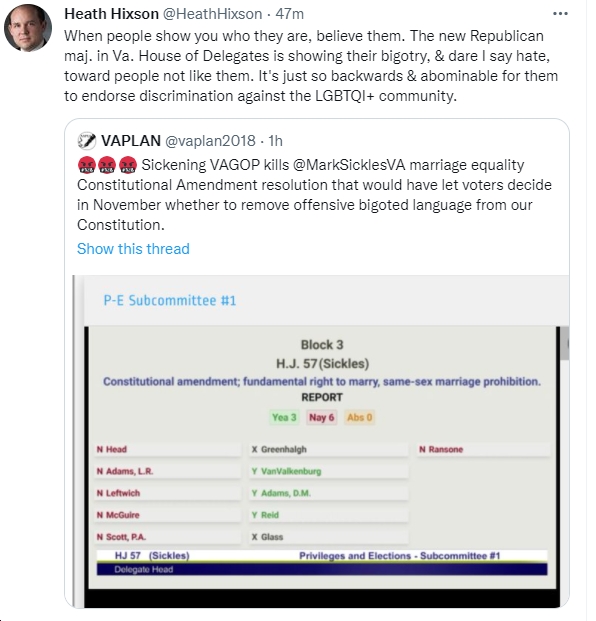 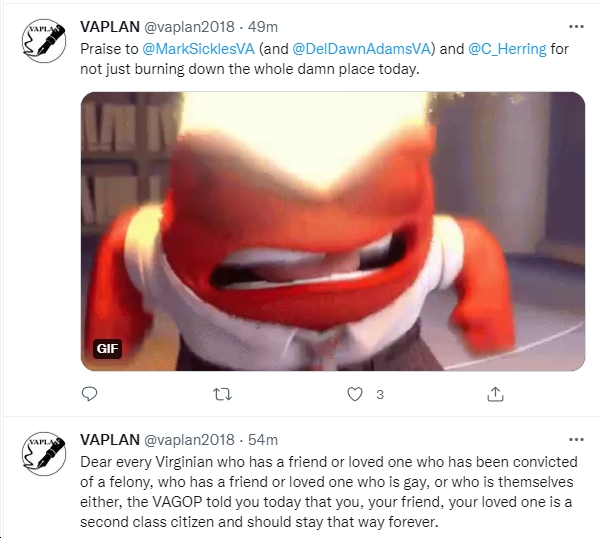 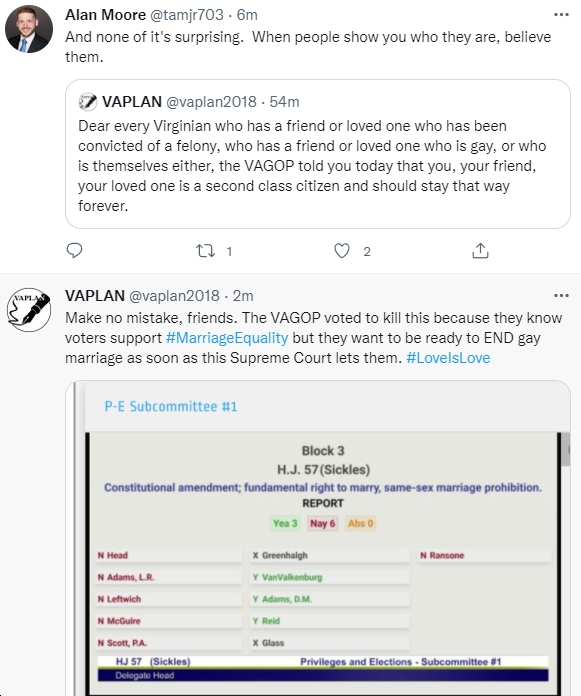 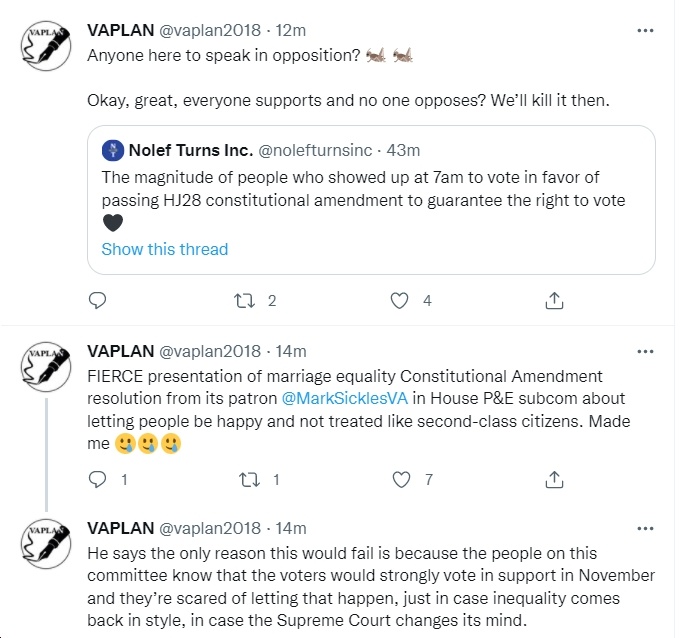 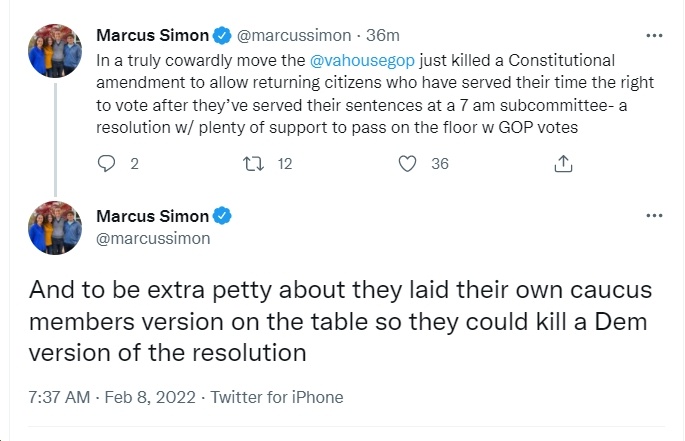