In case you missed it this morning, the Washington Post reported about Virginia’s former Attorney General and former Trump administration official Ken Cuccinelli, who is an extremist in pretty much every sense:

Text messages for former President Donald Trump’s acting Homeland Security Secretary Chad Wolf and acting deputy secretary Ken Cuccinelli are missing for a key period leading up to the Jan. 6 attack on the Capitol, according to four people briefed on the matter and internal emails.

This discovery of missing records for the senior-most homeland security officials, which has not been previously reported, increases the volume of potential evidence that has vanished regarding the time around the Capitol attack.

It comes as both congressional and criminal investigators at the Department of Justice seek to piece together an effort by the president and his allies to overturn the results of the election, which culminated in a pro-Trump rally that became a violent riot in the halls of Congress.

As 1/6/21 select committee chair Rep. Bennie Thompson put it, “It is extremely troubling that the issue of deleted text messages related to the January 6 attack on the Capitol is not limited to the Secret Service, but also includes Chad Wolf and Ken Cuccinelli, who were running DHS at the time.”

So just to refresh your memory about Ken Cuccinelli – who by the way is CHAIRMAN of VA07 Republican nominee Yesli Vega’s campaign! – here are a few articles about him:

And for a bit more on Yesli Vega, see:

Any further questions about why it’s crucial that you vote – and do everything else you can – to reelect Rep. Abigail Spanberger (D-VA07) over her extremist, Trump-loving, tight-with-Cuccinelli, Republican opponent Yesli Vega? 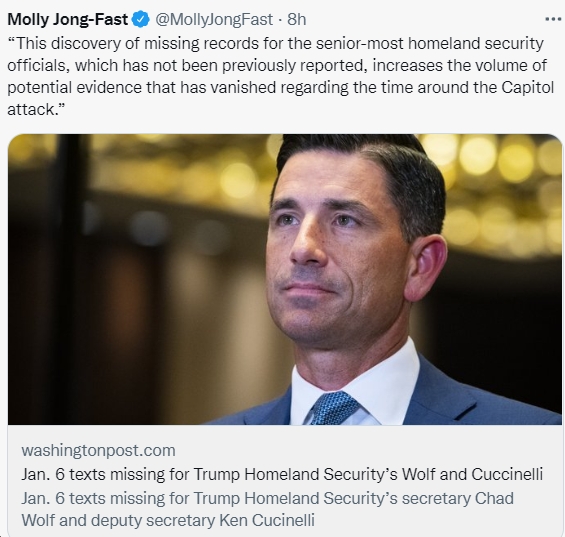 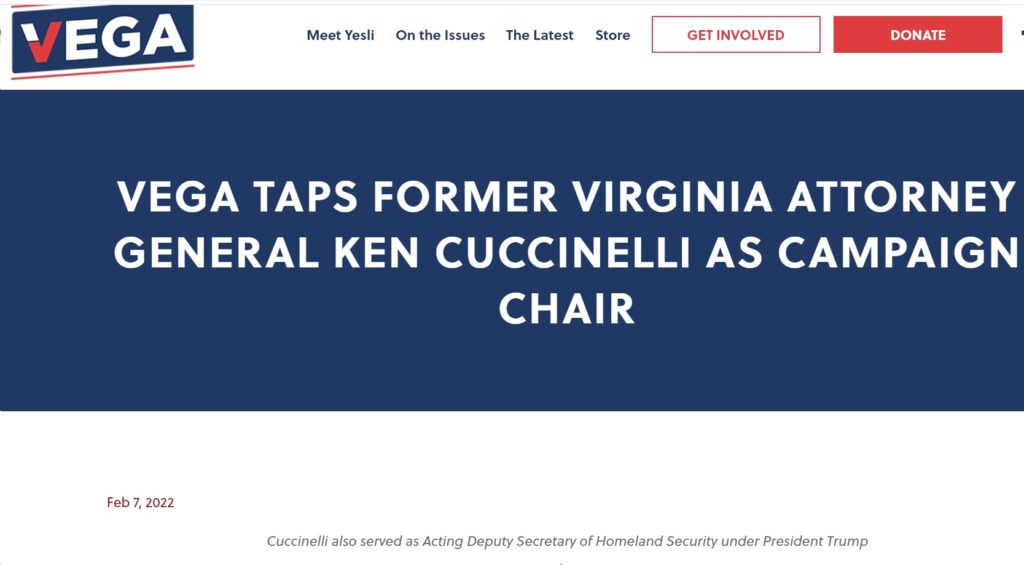 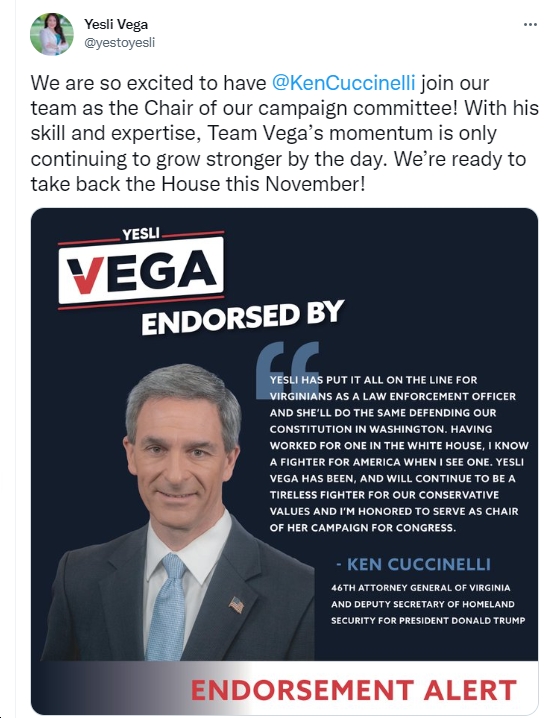 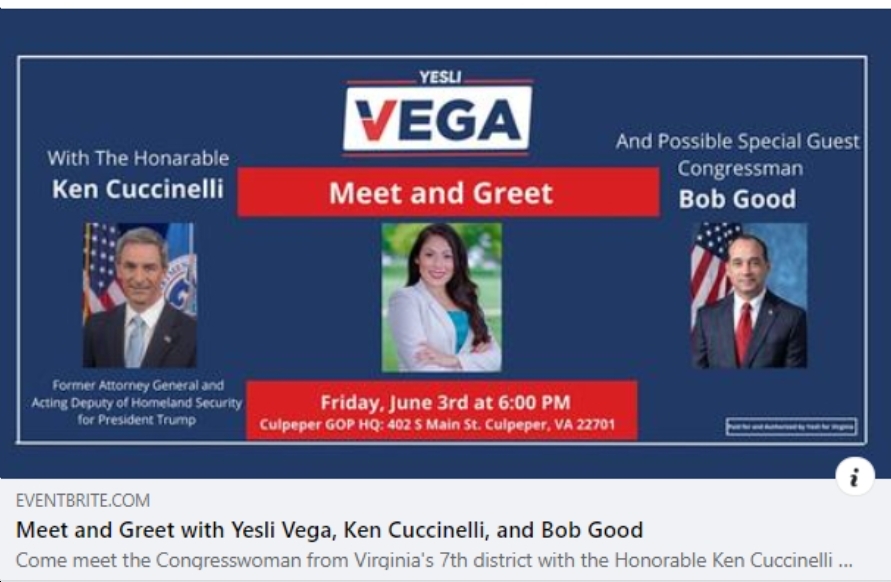 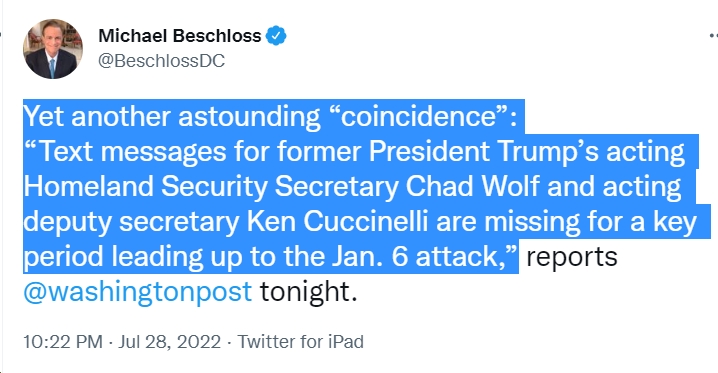 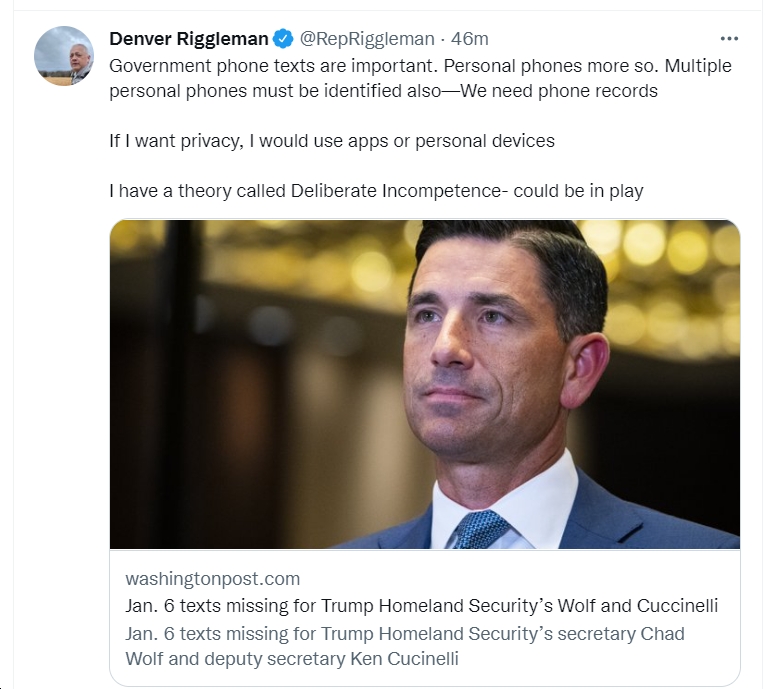 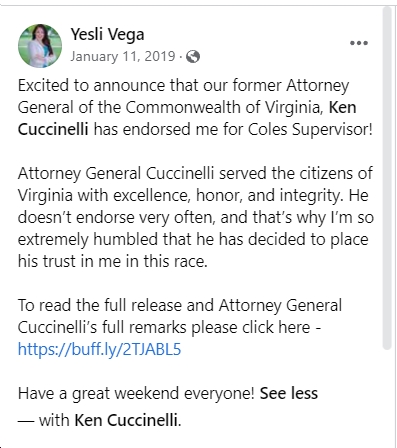 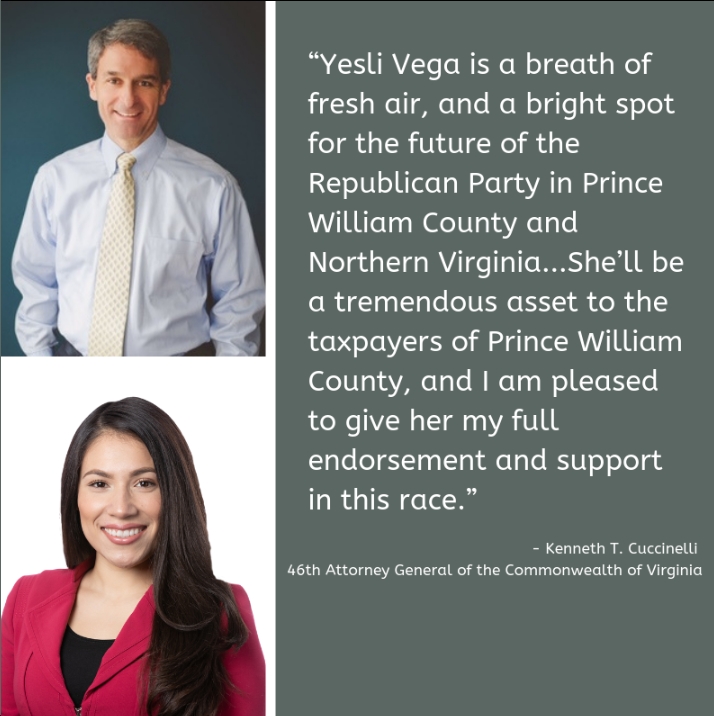