Desperate to resurrect his political career, George Allen has now resorted to telling an outright lie.

In August 2006, Allen pointed out a videographer paid by Webb's campaign to track Allen at campaign stops. At a rally before a mostly white crowd in far southwestern Virginia, Allen pointed out S.R. Sidarth, the American-born son of Indian immigrants.

"In the process I gave the young cameraman the unfortunate, made-up nickname of Macaca (or Makaka)," Allen writes in the book's final chapter. "I thought of it as a nonsense word. If I had known the nickname could be considered a racial slur, I would not have said it. But that is how it was characterized. The poor judgment was mine. I should never have dragged this young man into the debate when my real target was my opponent. I apologized to him, and take full responsibility for the remark and its aftermath, which should have been handled much better."

That, in a word, is bull****.  As was well documented at the time, the fact is that the word "macaca" is a common racial slur in French North Africa, where George Allen's mother was "born and raised".  For more, see Salon's "Stepping in Macaca".

Though he doesn't like to use it, the senator's full name is George F. Allen. He gets the middle initial from his grandfather, Felix Lumbrosso, a French-Italian who was incarcerated by the Nazis during World War II. Felix raised Allen's mother, Etty, in Tunisia, a French protectorate in North Africa. As a child, Allen's grandparents lived near the family home, and Etty spoke five languages around the house. Allen makes no secret of his heritage on the campaign trail. "I have my grandfather's bloodlines," he said at a recent swing through a suburb of Richmond. "My grandfather is French-Italian. I have about one-sixteenth Spanish in me."

In North Africa, the word "macaca," often spelled "macaco" or "macaque," is far more than a string of random syllables. According to the Oxford English Dictionary, the word dates back to the mid-1600s, as a Flemish approximation of the Bantu word for monkey in the Congo and southern Gabon. The word migrated north, taking on all the racist connotations that followed African colonization. By the early 1800s, Jacko Maccacco, a famous fighting monkey, could be found on display in Westminster Pit, a notorious London arena for dog fights. The word had entered the common vernacular, and it eventually became a racist shorthand for blacks.

Today, the word is used mainly by two groups of people: scientists studying African and Asian primates, and bullies looking to insult others for the color of their skin. An online dictionary of ethnic slurs lists "macaque" as a French and Belgian word for black North Africans.

Maybe George "Felix Macacawitz" Allen thinks we've all forgotten this over the past 4 years, or maybe he just thinks we're idiots.  Fortunately, through the wonders of "Google," we can quickly debunk revisionist history and outright lies, such as the one Allen just spewed forth in the Washington Post. The question is, will the corporate media let him get away with this attempt at resurrecting his image, via an outright lie, or what? 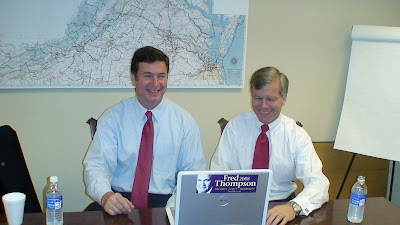 As Jonathan Capehart writes at WashingtonPost.com, Bob McDonnell has eviscerated his own image more effectively than his political enemies ever could:

McDonnell came to office as the smiling conservative. A candidate who eschewed hot-button social issues in favor of jobs and the economy. He and his successful campaign were touted as a model for Republican candidates around the country. But McDonnell's slavery-denial document reveals a snarl behind the smile that should serve as a warning. Antebellum attitudes are thriving in the Age of Obama.

Let's be clear -- this was not a case of Bob McDonnell accidentally stumbling into a controversy or the result of an outside event -- say, a racially-motivated crime that made confront a crisis not of his own making. No one & no thing forced him into this. Just as George Allen did before him, Bob McDonnell voluntarily, on his own, without provocation, made a public issue of his own racial feelings & positions.

One Conservative Says “Thank You No” To Felix Macacawitz 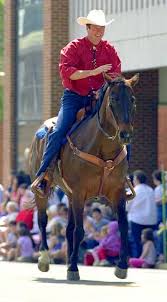 At least one conservative blogger isn't thrilled with the idea of George Allen - aka, "Felix Macacawitz" - for Senate in 2012.

...I believe that in the Republican orbit, Allen is Old Virginia.  We saw how Republicans can win in New Virginia in 2009.  McDonnell, Bolling, and Cuccinelli showed us how you can be an aggressive conservative and use that as a solution to the every day problems of the folks out there. McDonnell talked about jobs, they all talked about jobs.  Our candidates talked about jobs for the House of Delegates.  And we won, we won big.  McDonnell led the way, getting out ahead of an issue that mattered most in this bad economy.  We can't turn our backs away from what we accomplished.  It might sound harsh to some, but returning to George Allen is returning to the Republicanism of 2005 and 2006, where we talk about conservatism aimlessly without the glue of a real agenda behind it.  And maybe I'm wrong, maybe Allen is the right man again, maybe he's learned.  But at this stage of his career, can you believe he has?

It's an interesting argument, although in the end I don't buy it. Substantively, what's the real difference between George Allen on the one hand and McDonnell/Bolling/Cooch on the other?  Are there are any policy areas - economic, social, or foreign policy - on which they disagree?  I can't think of any in particular. Does it come down to Allen simply being a less disciplined, less effective communicator than McDonnell, Bolling or Cooch? I don't buy that either. After all, Allen was elected governor of Virginia as well as U.S. Senator, so he must have been doing something right all those years. Furthermore, how are all the extreme things Cooch, McDonnell et al. have said and written any crazier than calling someone "macaca?"

In the final analysis, I don't really see how "Felix Macacawitz" is significantly different than "Pat Robertson's Manchurian Candidate" or Kookinelli.  They're all hard-right conservatives through and through, both on economic and social issues.  The only real difference? McDonnell and Cooch won their last elections; Allen lost his. And there's nothing people like less than a "loser."

P.S. One other difference is that Allen ran against "true American hero" Jim Webb and a fired-up grassroots movement; McDonnell ran against conservadem Creigh Deeds ('nuff said) and a demoralized Democratic "base."  Maybe that's the key factor more than which flavor of right-wingnut the Republicans end up nominating?

Recently, there's been speculation that our old friend George "Felix Macacawitz" Allen might take on Jim Webb once again for U.S. Senate in 2012.

"Many people have encouraged me to run [for Senate in 2012]," Allen said in a telephone interview. "Susan and I have heard that from many people. And the answer is: perhaps."

Another "cowboy boots vs. combat boots" showdown? If Webb vs. Allen Part I was any indication, "Part Deux" would be wild and crazy and nasty, given that there's absolutely no love lost between those two guys. It could also be close, given that Allen only lost the last time around by 9,000 votes.

But, will George Allen actually run for U.S. Senate again? Maybe, but in this morning's Richmond Times-Dispatch, Jeff Schapiro lays out a different scenario, George Allen for Governor 2013.

Could the GOP be heading toward another crackup, another shootout between the movement wing [led by Ken Cuccinelli] and the Main Streeters [led by Bill Bolling]?

Gov. Bob McDonnell is a bridge between these camps, though that has more to do with anger over the recession, bailouts and Obamacare, than his purported talent for blurring lines. Because McDonnell can't seek a second consecutive term, R's have no reason to behave themselves. What to do?

The former governor has everything the GOP wants in a future governor. He remains popular with the grass roots -- a favorite of conservative activists and the corporate class, having delivered for both. Allen, too, wants to avenge his squeaker loss in 2006 to Jim Webb for re-election to the U.S. Senate.

That actually makes some sense to me, given Allen's obvious disdain for the Senate, which he once called a "wounded sea slug." It's hard to imagine Allen really wanting to back there, but who knows, maybe he's already forgotten how much he hated that job, just like he "forgot" where he learned the word "macaca" and just like he "forgot" all about his Jewish ancestry.

On the other hand, Allen could decide to run for governor in 2013. That could be great political theater, especially if Schapiro's speculation about Mark Warner ditching the Senate - which he doesn't seem to be enjoying very much - to run for governor - an office Warner the executive most definitely seemed to like - comes to pass.  That would open the door for Ken Cuccinelli to take on Jim Webb in 2012, with Bill Bolling possibly sliding into Warner's Senate seat if Warner vacates to run for governor. Then, all we need to complete this political journalist's wet-dram fantasy is for Tim Kaine to run for Senate against Bolling in 2014, unless of course Kaine has taken a top cabinet post by then?

Anyway, it's fun to speculate, and we could do so all day. But for now, it's still early 2010, and first we have to get through mid-term election later this year, followed by elections for the entire Virginia General Assembly next year.  Also, if Warner opts to stay in the Senate, which is my guess at the moment, that would leave the 2013 Schapiro scenario in turmoil, with possible Democratic gubernatorial contenders ranging from Terry McAuliffe to Ward Armstrong to Chap Peterson to Gerry Connolly to...heck, Tim Kaine could even run again. Anyway, we'll see, but if George Allen can make a comeback after his "macaca meltdown" of 2006, then I guess anything's possible in politics.