Chrystal Doyle - November 5, 2017 0
by ChrystalD In June 2017 Prince William Board of Supervisor Chair and former Trump Campaign Chairman in Virginia Corey Stewart, known for posing in front of...

Chrystal Doyle - November 3, 2017 1
by ChrystalD It is time for people in Henrico County, Virginia, and the United States to take a stand against political tactics that prey on people’s...

Blue Virginia - October 22, 2017 2
by Bert Berlin Yes, I'm a grumpy old man. Yes, I'm a curmudgeon. But this time, Virginia Republicans have really gone too far. I am currently looking...

Lynchpin Race in Virginia: Keeping the Wheels on the Blue...

Ailurophile - July 26, 2017 1
Courtney Lynch is running for the Brookland seat on the Henrico Board of Supervisors and Democrats everywhere need to pay attention.  It's hard, I...

Ailurophile - June 21, 2017 0
Hey!  Democrats and activists!  The results from Georgia and South Carolina may be in, but don’t take that nap you’ve been aching for since... 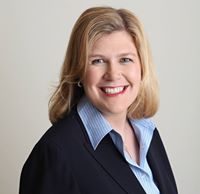 Crucial Election in Henrico This November Could Put Dems in Control...

lowkell - May 3, 2017 0
There was some important news I initially missed this past Saturday, as I was out at the climate march, live blogging the first Virginia...

Why I Will NOT Be Supporting Courtney Lynch for Senate

This past Thursday, a Democratic friend of mine emailed me to ask what I thought about Courtney Lynch. Who's that, you ask? As the Washington Post reports, Lynch is a "political newcomer" who "announced Wednesday that she is running against former Gov. Tim Kaine (D) for the seat being vacated by Sen. Jim Webb (D)." The Post added that Lynch is "an officer in the Marine Corps and holds a law degree from William & Mary," and that "she plans a campaign focused on jobs creation and fiscal responsibility."

My initial response was simply to ask whether there was any reason I should take this candidacy seriously in any way. Among other things, I asked my friend the following questions about Lynch:

I added that, to me, #1 is important, #3 more so, and #6 is crucial. I also wrote that, if I saw a Democratic candidate who I thought a strong progressive and a serious individual with a real chance at beating George Allen, I'd strongly consider supporting them in a primary against Tim Kaine, given Kaine's far-less-than-progressive record as Governor on issues ranging from the estate tax (he signed its repeal), the environment (he strongly supported a new coal-fired power plant in Wise County), the "transportation monstrosity" (he signed it, complete with "abuser fees" and unconstitutional "regional taxation authorities"), etc. Perhaps, I suggested, I could get behind someone like Bobby Scott, but with money (Scott's got none, basically) and a much more serious commitment than Scott seems to have to building a strong campaign and running hard.

Only if you take Donald Trump as legitimate does Courtney Lynch deserve any attention. Out of left field, a potential challenger to Governor Kaine appeared and the media, like a beagle, picked up the scent. But yesterday she took on a personality that Allen, Kaine, and Senator Webb avoid.

Tony Macrini gave Lynch her own lead until a caller provided the catalyst that sent this episode into a spiral. It might have gone there eventually. It was a welcome relief from the pablum delivered by the print media. Responding to a question about Libya, she looked back at a strategy abandoned by the Bush administration. Under the old construct, national strategic planning recognized the constraints of military resources (aka, reality). America always planned for two major contingencies with the approach of "Win-Hold-Win." That meant that if there were simultaneous threats, resources would be dedicated to win one while holding the other at stasis. Then, upon the winning the one, turn our focus to the other. The idea was to avoid two stalemates, or worse, two simultaneous losses. It was a strategy employed for six decades. Lynch went on to comment that we have to look strong and hard at where we involve ourselves. For a glimmering nanosecond, one thought she was going somewhere with this line of discussion. Then she opined that:

Lynch: "...to protect the liberty and rights of innocent civilians as we are doing in Libya is consistent use of American armed forces. But I do believe we have to be careful..."
Macrini: "Ms Lynch, do you know for a fact that these people we are protecting in Libya are not al Qaida, they're not terrorists, these rebels? Do you know for a fact that they're innocent civilians we are protecting?"
Lynch: "I don't know for a fact anything. I am not on the ground in Libya."
Macrini: "All right. That's what you said. That's what you said. You didn't know it for a fact; why'd you say it? You said we're protecting the people in Libya."