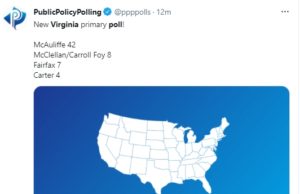 lowkell - April 14, 2021 1
It's been two months since the latest public poll (see here for that one) in the Virginia Democratic gubernatorial primary contest. And now, with... 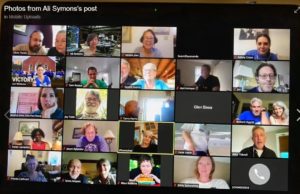 lowkell - July 7, 2020 11
by Lowell Here are a few national and Virginia news headlines, political and otherwise, for Tuesday, July 7. Governments Eye a Green Economic Recovery. Some... 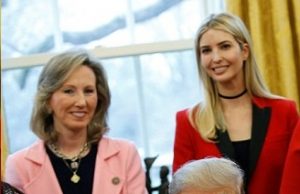 lowkell - December 4, 2017 1
If this new poll is even close to being accurate, it looks like Rep. Barbara Comstock's vote for the GOP tax monstrosity was not...

lowkell - April 4, 2017 5
According to a new poll from Public Policy Polling (see memo below), Virginians strongly support Medicaid expansion. As usual, the supposedly "liberal" position is... 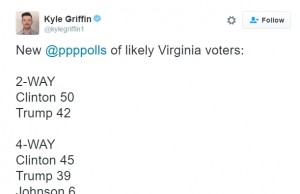 New PPP Poll of Virginia: Clinton Up 6-8 Points Over Trump

lowkell - September 13, 2016 0
Not bad numbers overall in Virginia, according to Public Policy Polling (PPP), although down from the double-digit leads Clinton held a few weeks ago...

lowkell - June 17, 2016 2
PPP has new polling numbers out (see here and here), indicating that Virginian support progressive and pro-environment policies just about across the board. Here...

*Also, "When we polled Virginia in late February Allen led a generic 'more conservative' challenger by 27 points at 52-25. Now that margin's expanded even further to 35 points at 58-23. A seriously contested primary for Allen was already a long shot. Now it's looking like an even longer shot."

This one's over, in other words. Felix will be the 2012 Republican nominee against Tim Kaine for U.S. Senate. And yes, the Democratic nominee WILL be Tim Kaine, as everything I'm hearing indicates that Bobby Scott is not seriously considering a primary race against Kaine.

*Finally, with regard to the 2012 Republican presidential contest, it "depends greatly on whether or not Sarah Palin enters the race." Either way, Rick Perry is very strong, as are Michele Bachmann and Mitt Romney. Everyone else is trailing, with Tim Pawlenty and John Huntsman barely registering at all. Very interesting.

*Voters approve of Bob McDonnell's job performance by a 50%-31% margin. Republicans approve of McDonnell by an 83%-8% margin, Independents approve of him by 49%-29% margin, and Democrats disapprove of him by a 56%-18% margin.
*By a 31%-24% margin, Virginia voters say that if McDonnell's on the Republican ticket in 2012, they would actually be less likely to vote GOP.
*Mark Warner's approval rating overall is 54%-28%, with 79%-11% Democratic approval, 55%-23% independent approval, and 50%-29% Republican disapproval.
*Jim Webb's approval rating overall is 45%-36%, with 69%-16% Democratic approval, 49%-31% independent approval, and 60%-18% Republican disapproval.
*Eric Cantor's approval rating is underwater, at 29%-31%. Democrats strongly disapprove (5%-53%), Independents somewhat disapprove (23%-31%), and Republicans strongly approve (59%-10%).
*The generic legislative ballot for this November is close to even, with 45% saying they'd support the (generic) Republican candidate, and 42% choosing the (generic) Democratic candidate. Independent voters are split, 34%-34%.
*While 52% of Virginians say that gay marriage should be illegal (80% of Republicans, 52% of whites, and 50% of African Americans say that), 65% say there should be either civil unions or marriage. Just 33% of Virginians say "There should be no legal recognition of a gay couple's relationship."
*Finally, 19% of Virginians say they are Atlanta Braves baseball fans, 14% say they're Yankees fans, 11% each say they're Nationals or Red Sox fans, and 10% say they're Orioles fans. Also, 32% choose Virginia Tech, beating out the 20% who select UVA.