It’s really hard to know if the results we saw Tuesday night, with Tim Kaine absolutely CRUSHING Corey Stewart in major northern Virginia counties like Arlington, Fairfax, Loudoun and Prince William, foretell what lies ahead in 2019. But let’s just say, if I were an incumbent Republican on, let’s say, the Prince William County, Fairfax County or Loudoun County County/School Boards, I’d be just a weeeee bit nervous right about now. 🙂 See below for what I mean, and consider that: 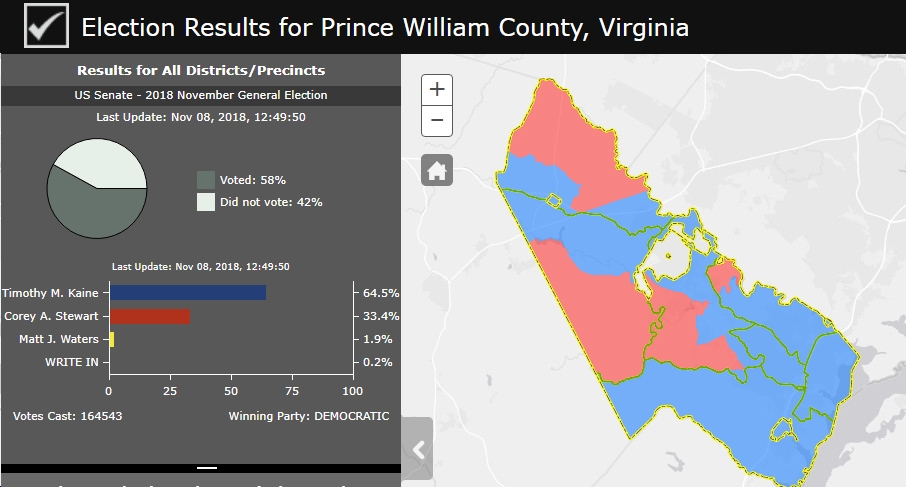 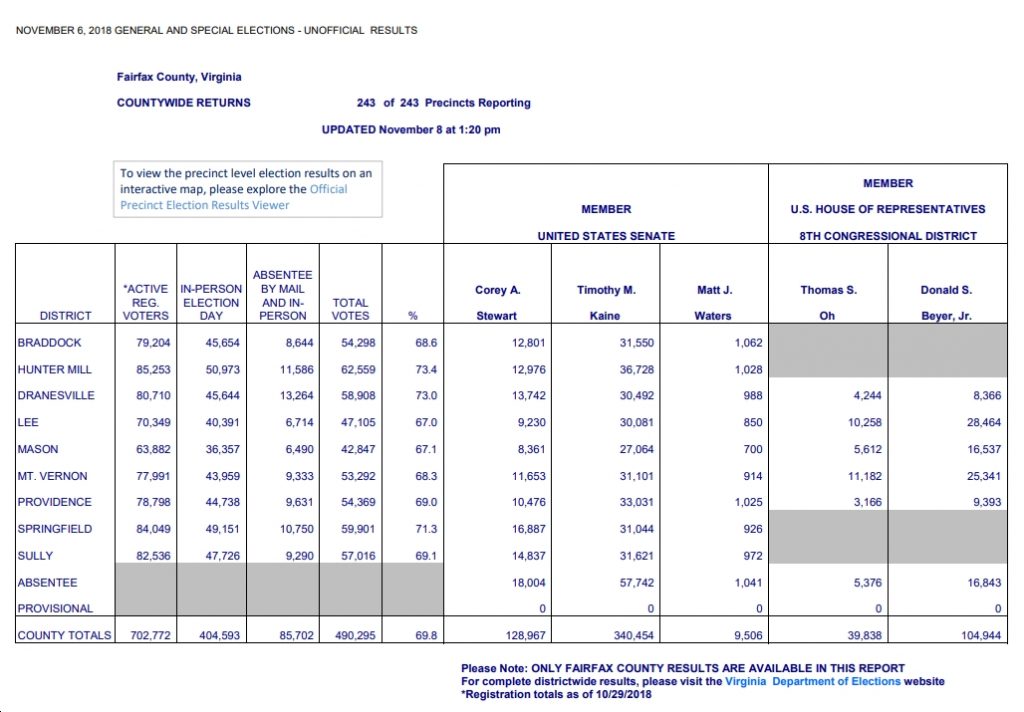 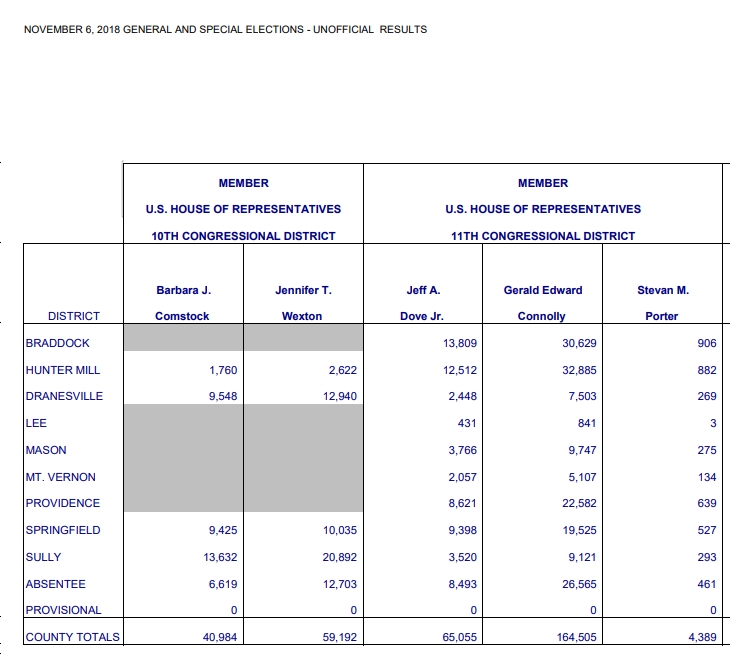