Good to see top Fairfax County officials (Chair Sharon Bulova, Commonwealth’s Attorney Ray Morrogh – letters posted below) taking on Comstock Companies over its “shocking conduct at the Reston Station Plaza” – “allowing [its] own employee to engage in…protected activity in a public area, while excluding other candidates from doing the same.”

Note, by the way, that Comstock Companies – a major developer whose CEO is a Republican mega-donor – is trying as hard as it can to elect its own high-ranking employee, Maggie Parker, to the Fairfax County Board of Supervisors from Hunter Mill District.  Also note that Parker’s campaign finance reporting indicates that she’s a wholly-owned subsidiary of big developer interests.  So…just make sure that this Tuesday, if you are a Hunter Mill voter, that you vote for anyone *but* Maggie Parker for the Democratic nomination to the Fairfax County Board of Supervisors!

I recently learned that Comstock has engaged in some shocking conduct at the Reston Station Plaza. Allowing one’s own employee to engage in such highly protected activity in a public area, while excluding other candidates from doing the same, is wrong and cannot be tolerated. pic.twitter.com/gyNq0Zpjhe 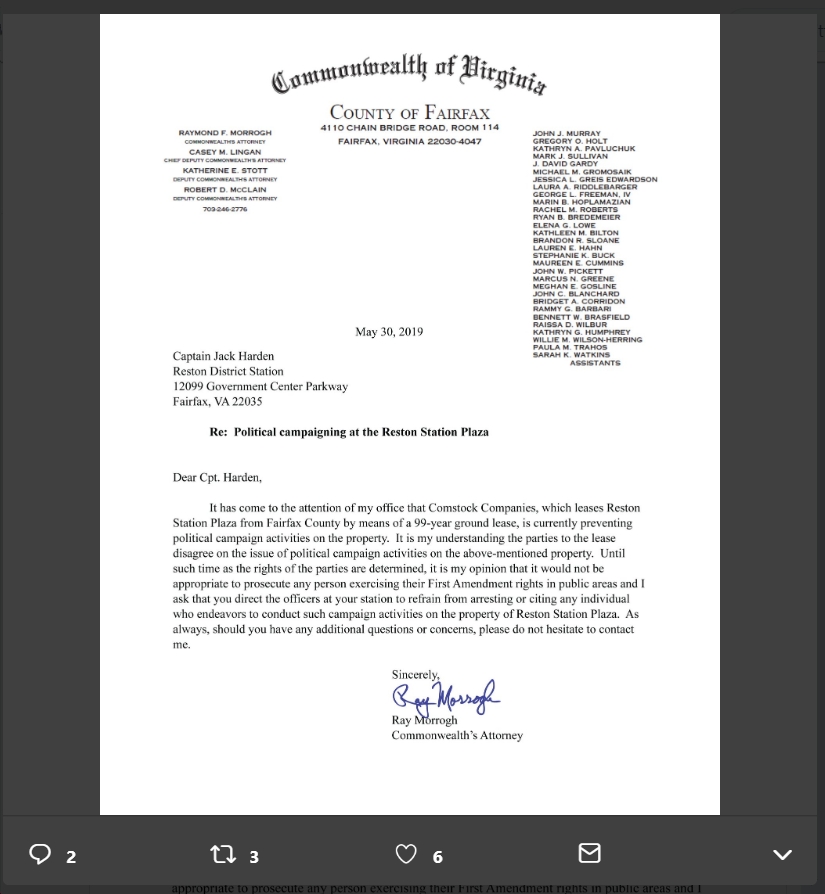