Virginia State Sen. Amanda Chase (R-SD11) has responded to the (justified) backlash against her outrageous remarks about rape victims (“It’s those who are naive and unprepared that end up raped”). See below for her ridiculous response, and some of the top-rated comments on her Facebook page, ripping her for being “disingenuous,” “hav[ing] no shame,” “setting up a straw man argument,” “trying to sugar coat it,” etc, etc. Apparently, Chase simply has no self awareness or ability to listen, learn, etc. For all those reasons and more – like being a right wing extremist – Chase should not be in the Virginia State Senate. I urge everyone to support Democratic nominee Amanda Pohl, and to elect her this November, instead. 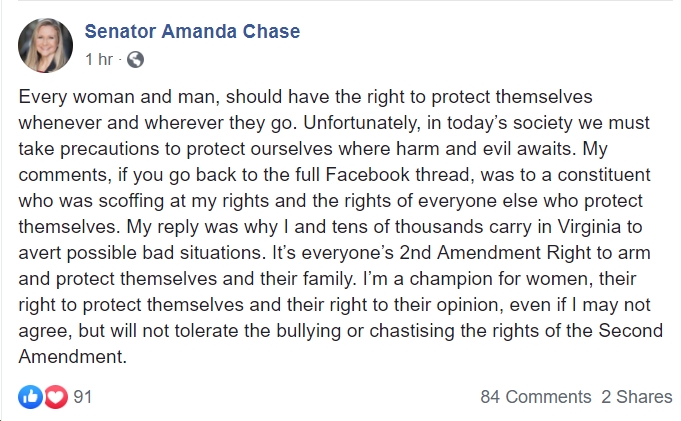