I’m not exactly sure what to make of this, but according to PredictIt’s Virginia 2019 markets (see screenshots, below), right now Democrats are strongly favored (86 cents) to take back both the State Senate and also strongly favored (84 cents) to take back the House of Delegates. Currently, of course, the State Senate is 21-19 Republican, while the House of Delegates is 51-49 Republican, meaning that Democrats just need to pick up two seats (or one, if you consider that the LG is a Democrat and can break ties) in the Senate and two seats in the House to take control.

The question is whether PredictIt is being too optimistic about the House of Delegates, where Ben “Not Larry Sabato” Tribbett recently analyzed it as a 25% chance of Democrats taking control, going up to 50% if “GOP has to run a write in for #HD30” (which they do, thanks to Nick Freitas’ failure to turn in his paperwork and get on the ballot). Obviously, a 50% chance is a lot lower than an 84% chance. I guess I’m somewhere in between those two, edging towards 84% if the stock market keeps plunging and the economy starts to tank (along with Trump’s approval ratings?). Also note that Virginia political analyst Chaz Nuttycombe currently has the House of Delegates rated at “Lean Democrat” and 53D-47R.

As for the State Senate, Ben Tribbett’s got that at an 85% chance of a Democratic takeover, which is almost identical to PredictIt’s current 86%. If anything, I’d still say that’s not optimistic enough, given the Senate map, the fact that no Democratic incumbents are threatened, and that Democrats have multiple chances to pick up Republican-held seats in “Northam districts.” Note that Chaz Nuttycombe has the State Senate at “Likely Democratic” and 23D-17R. Anyway, stay tuned, and we’ll see how the PredictIt numbers evolve over the next 83 days.

P.S. Standard advice: don’t get overconfident or complacent, let’s shoot to win ALL the competitive districts! 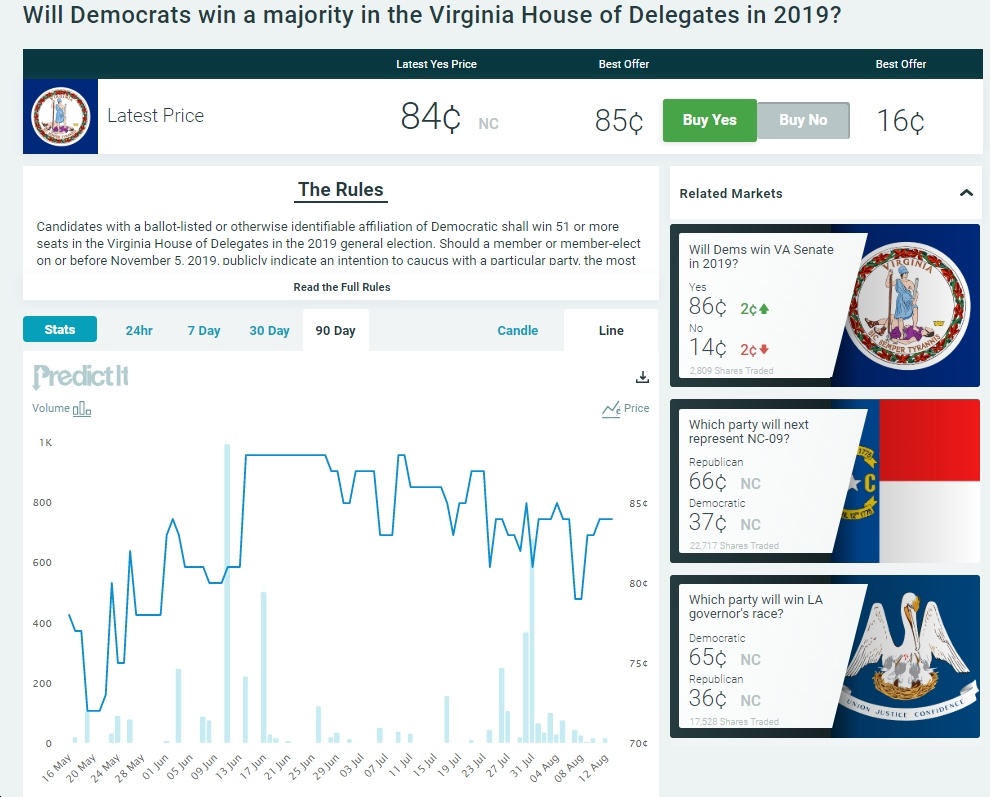 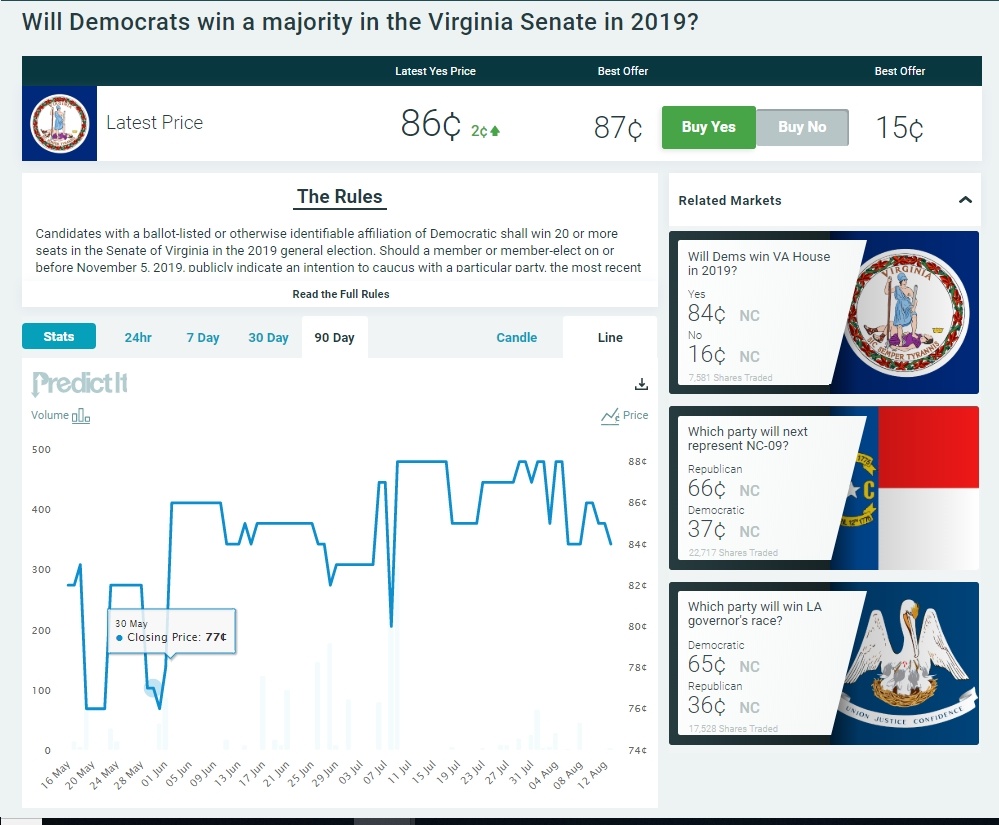