See below and/or click here for a legal petition, by Rep. Denver Riggleman (R-VA05) to the Republican Party of Virginia State Central Committee, “challenging the Fifth District Committee’s May 11, 2020 vote to have a drive-through unassembled convention at a single location—a vote that favors one candidate over the other at the expense of the Party’s convention delegates.” Currently, VA05 Republicans are scheduled to select their nominee — incumbent Denver Riggleman or challenger Bob Good — at “an unassembled convention on June 13, 2020 at a single location, specifically the Tree of Life Ministries in Lynchburg, Virginia.”

This petition demands relief, specifically that the State Central Committee “require the Fifth District Committee to provide for multiple voting locations for any unassembled convention, preferably one in each of the 23 included units.” The petition refers to “shenanigans” by the Bob Good campaign, “coupled with the Fifth District Committee’s biased vote to hold the unassembled convention at Mr. Good’s single preferred location,” and argues that this “place[s] the Republican Party and the Fifth District’s congressional nomination process in an extremely unfavorable light.”

With that, here’s the petition, as well some screenshots/highlights. Enjoy? LOL 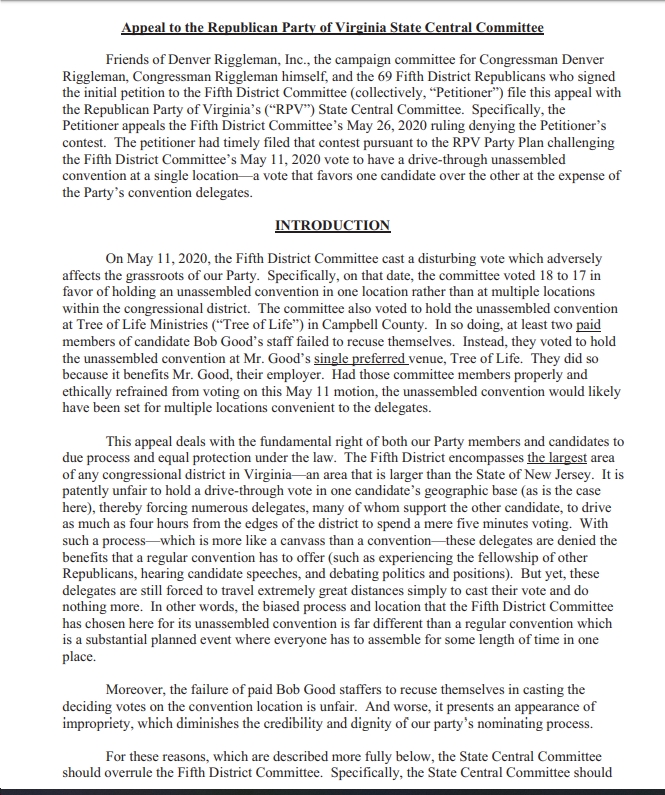 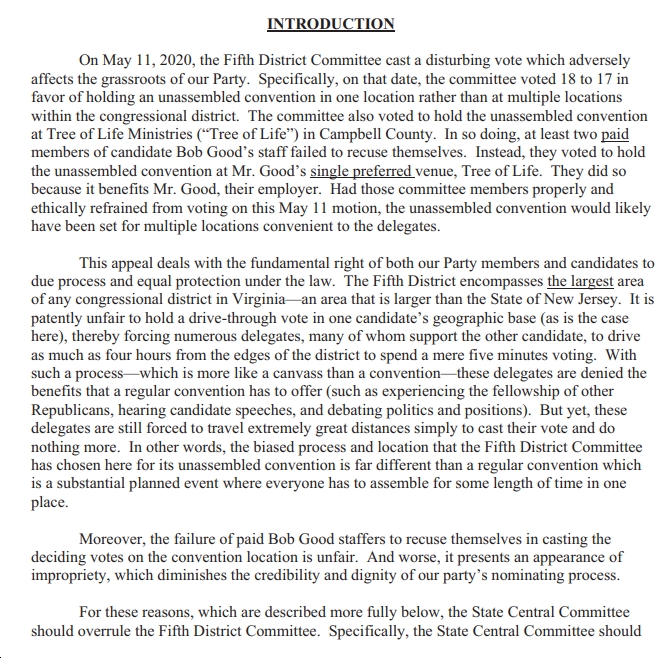 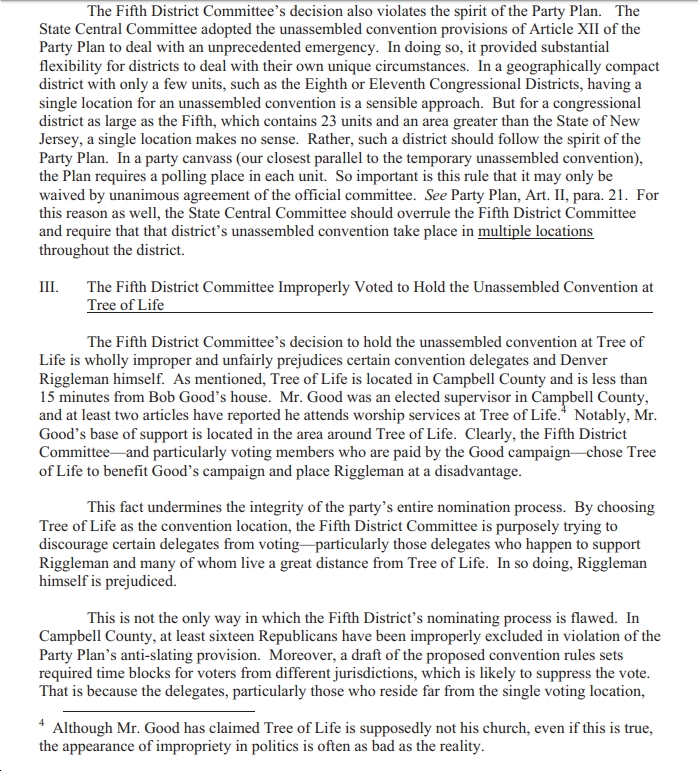 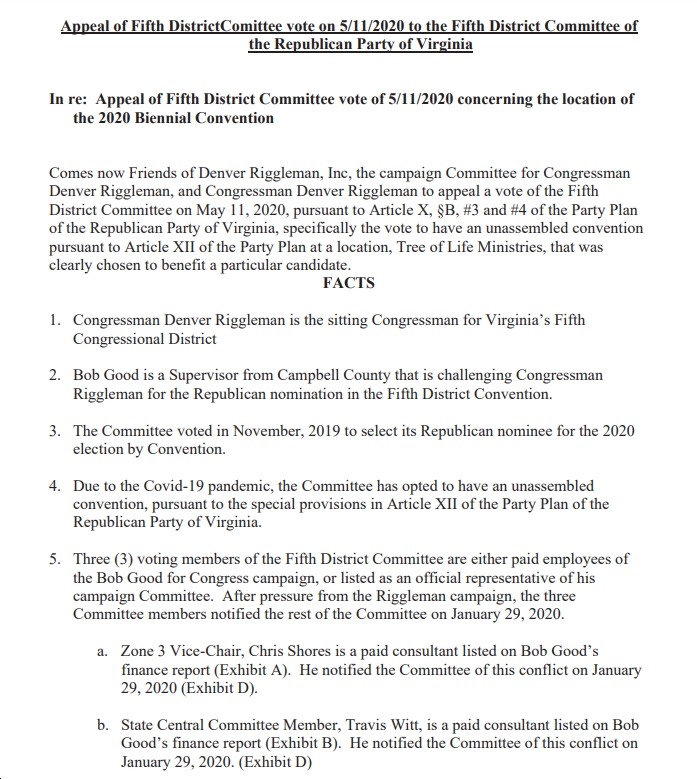 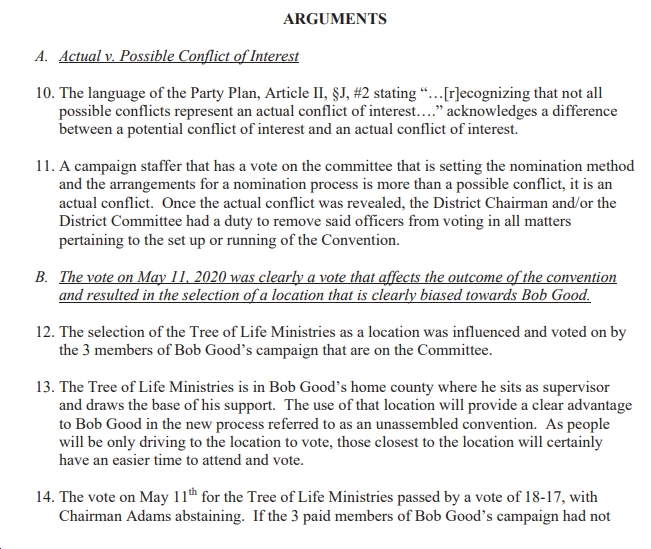 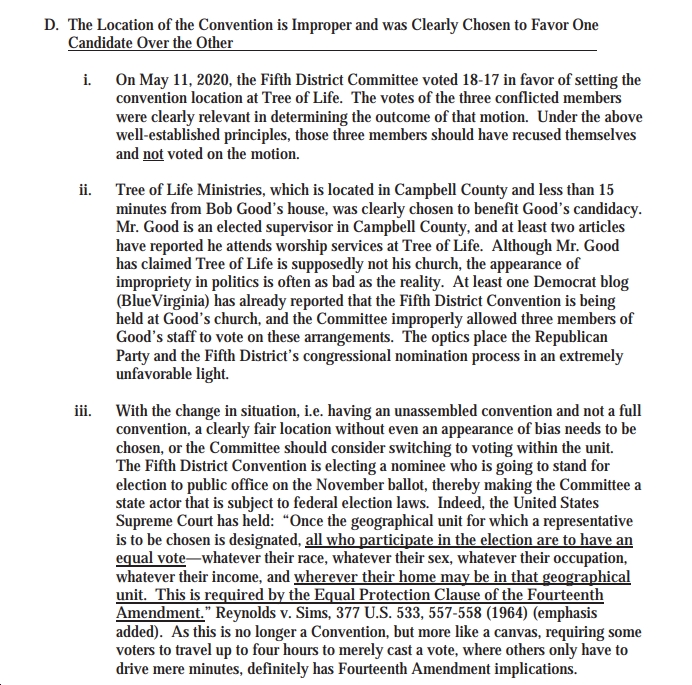 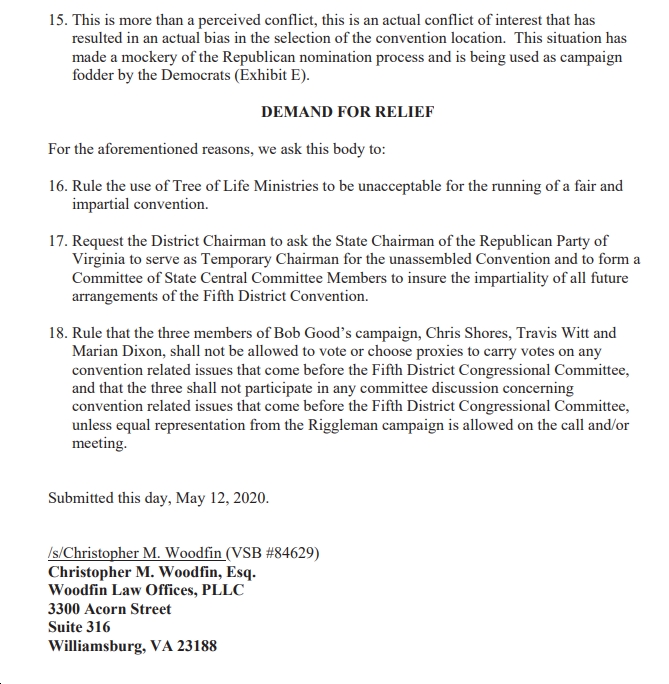 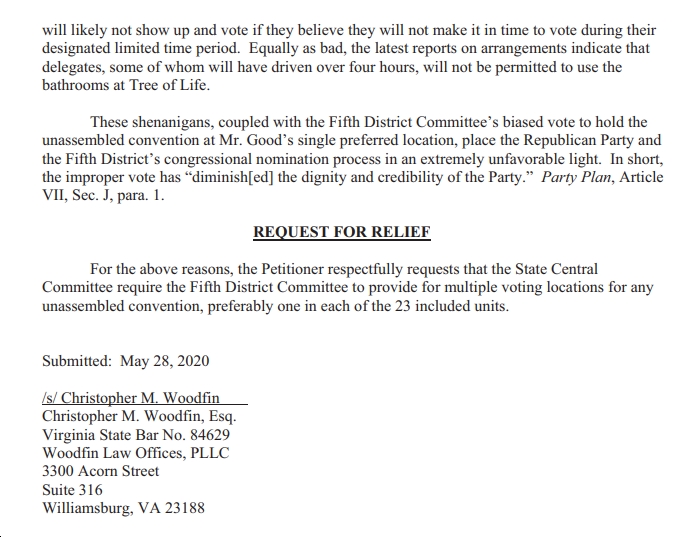