With the overwhelming (66%-34%) passage of Amendment 1 on November 3, Virginians are about to find out if they made the right call…or a big mistake. Of course, here at Blue Virginia, we repeatedly warned that the amendment was fatally flawed, for a bunch of reasons including (as Del. Mark Levine helpfully summarized):

Sounds really bad, right? And yet Virginians voted overwhelmingly to approve the amendment, so…what gives? Quite simply, the fact is that most people who voted for Amendment 1 were led to believe that it would end gerrymandering, which they hate (for good reason). So they voted for it on those grounds. But most voters probably didn’t spend hours and hours studying the fine print or reading the lengthy arguments by folks like Del. Mark Levine, Del. Cia Price, Del. Marcus Simon, etc. against the amendment. And, of course, the pro-amendment folks had massive amounts of money to spend on convincing people to vote yes, while anti-amendment folks had almost nothing. The result was…exactly what you’d expect, basically.

Anyway, now that the amendment is in the Virginia constitution, it’s a done deal, and work has begun to implement it. Earlier today, for instance, the new Virginia Redistricting Commission Selection Committee met for the first time. The Selection Committee is comprised of five retired judges – Pamela Baskervill, Chair (former circuit court judge for the 11th Judicial Circuit in VA), David Pugh (former circuit court judge for the 7th Judicial Circuit of VA), Joanne F. Alper (former judge on the Circuit Court for the 17th Circuit of VA), William C. Andrews, III (retired Hampton Circuit Judge), Larry B. Kirksey (former Judge, 28th Judicial Circuit Court, City of Bristol); plus staffers from the Division of Legislative Services. See below for video of their meeting, as well as live tweets from VAPLAN and reporter Brandon Jarvis.

With that, here’s video (I’ll add more as it uploads) and some live tweets of today’s meeting. Enjoy? 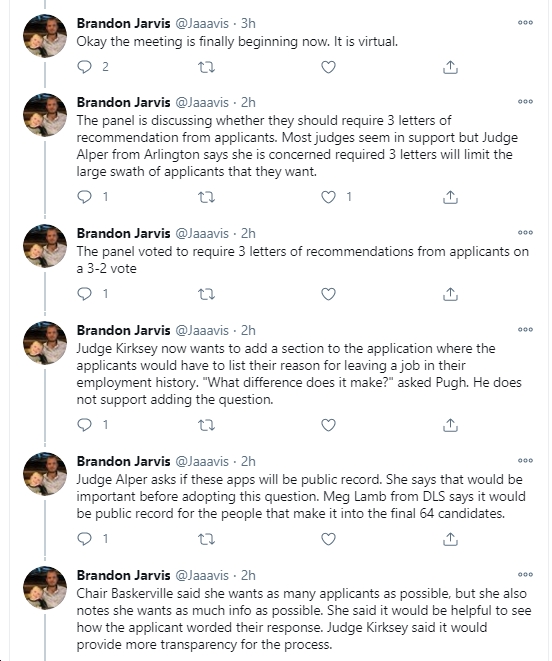 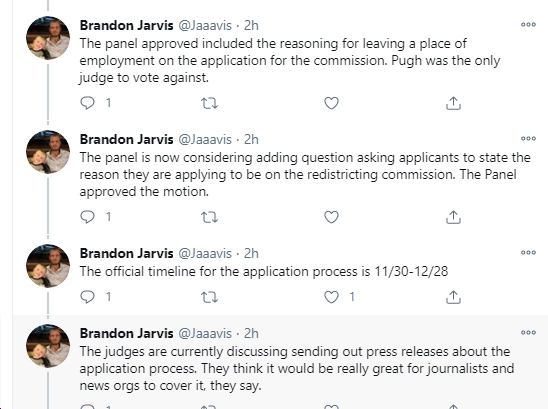 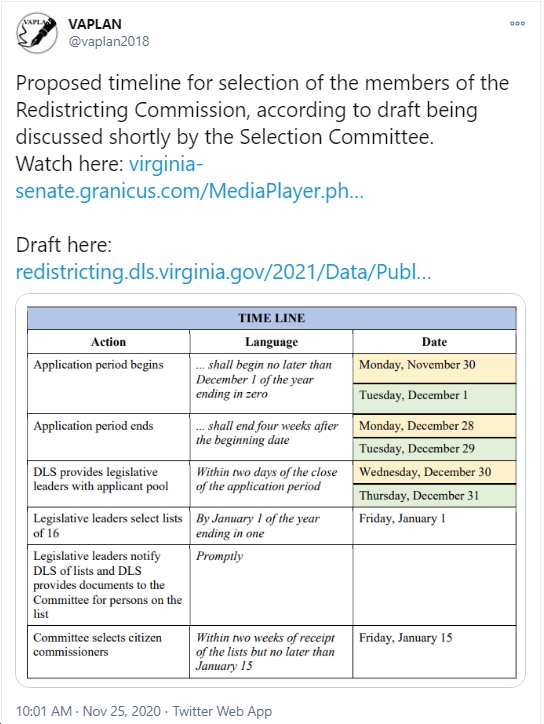 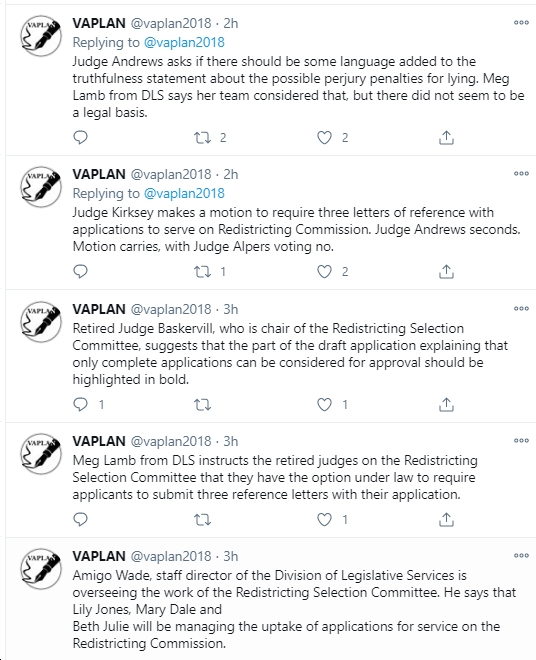 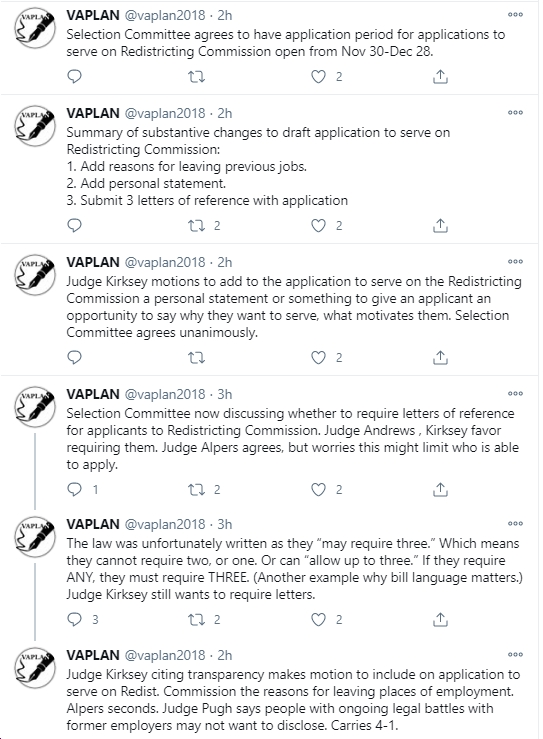 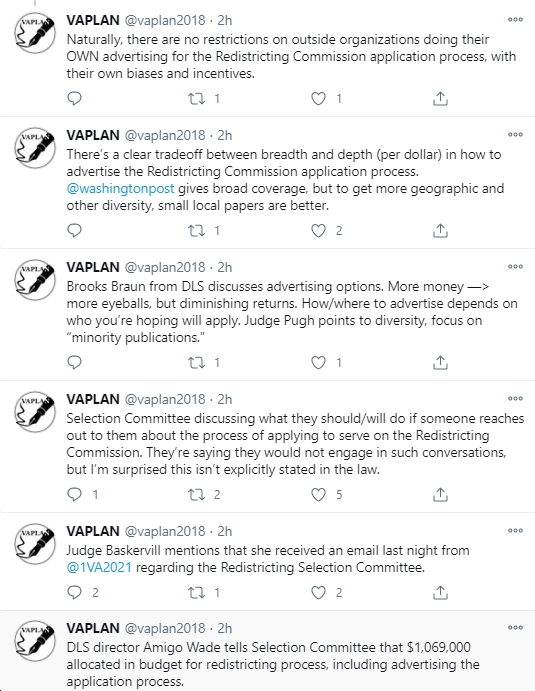