See below for the Virginia Redistricting Commission fiasco, in graphics, courtesy of VPAP. A few key takeaways include: 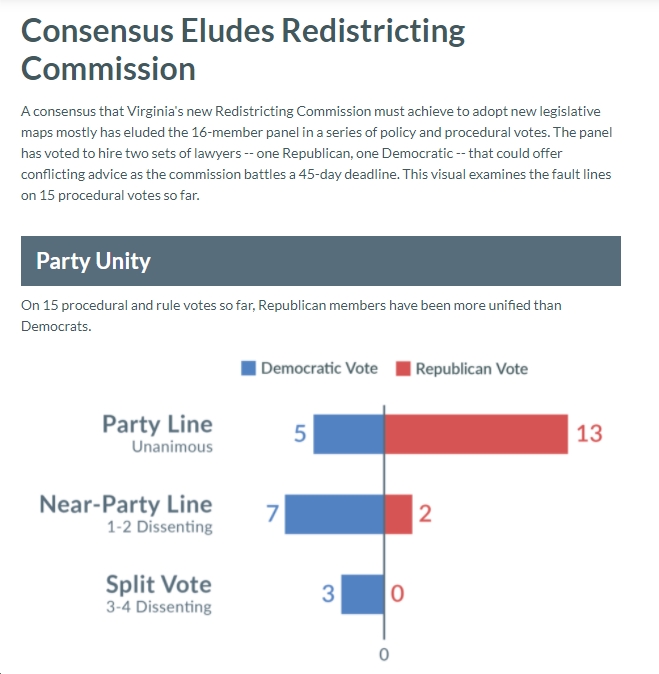 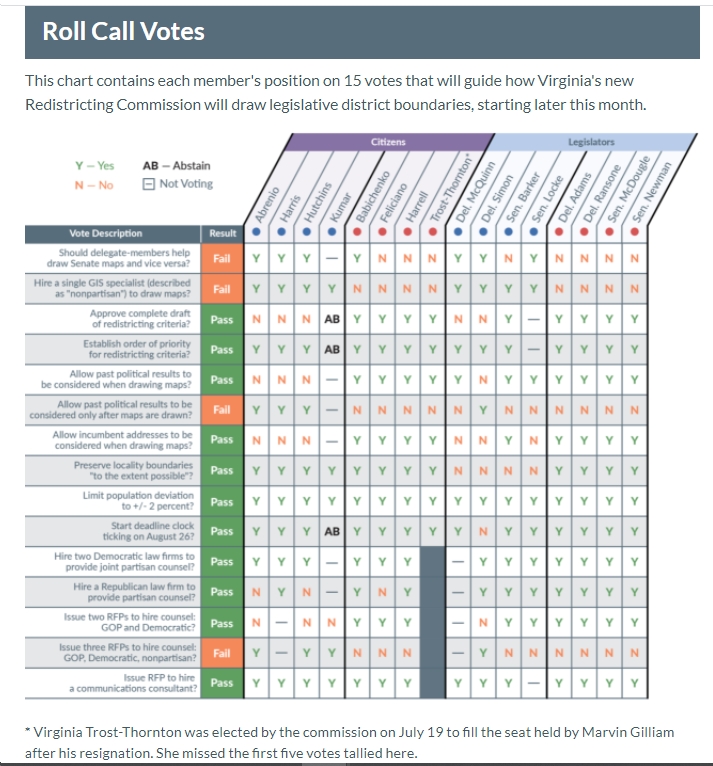