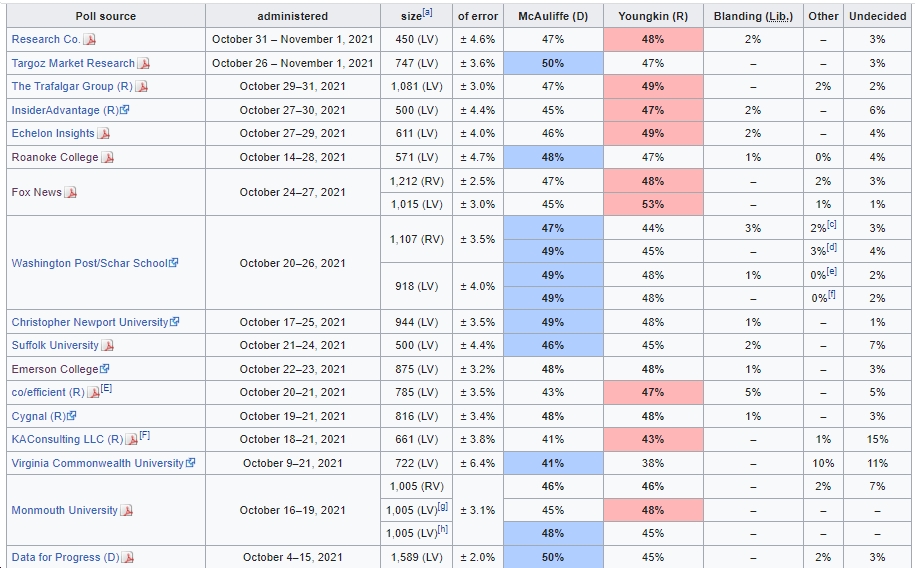 As for the prognosticators:

I’m sure I missed some forecasts; please feel free to mention them in the comments section. Thanks!

In the year 2022 (or any year, really), why on earth would we want anything named after Confederates? https://bluevirginia.us/2022/06/sunday-news-g-7-will-ban-russian-gold-imports-far-right-scotus-makes-mockery-of-democracy-roes-gone-now-the-gop-wants-to-push-further-at-trump-rally-gop-congresswoman-h#comment-5899444424 h/t @ssurovell @SupervisorLusk

Video: On MSNBC, VA Del. @pwcdanica Says “This is an all hands on deck, we have to win everywhere, at every level of government” ("I am here to tell you that you have to be your best advocate, you have to step up and you have to get engaged.") https://bluevirginia.us/2022/06/video-on-msnbc-va-del-danica-roem-says-this-is-an-all-hands-on-deck-we-have-to-win-everywhere-at-every-level-of-government