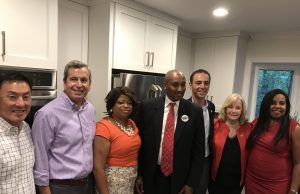 Cindy - September 22, 2019 1
by Cindy I live in a blue bubble here in Northern Virginia, with the luxury of having a Democratic Delegate and State Senator--their districts so... 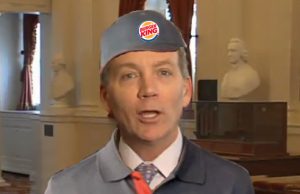 Are We at Burger King? Because Delegate Chris Jones (R) is...

Cindy - August 22, 2019 0
by Cindy Ahhh, Fall is approaching, when Republicans put on their best costumes, and try to trick the voters, hoping for the treat of an... 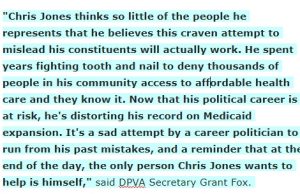 Blue Virginia - August 20, 2019 0
The following press release is from the Democratic Party of Virginia. I encourage everyone to support Democrat Clinton Jenkins for Delegate instead of the... 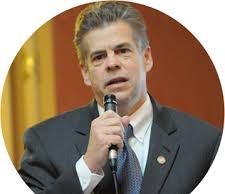 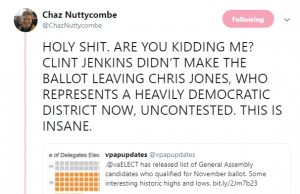 What On Earth Is Happening in Virginia’s House District 76?!? [UPDATED... 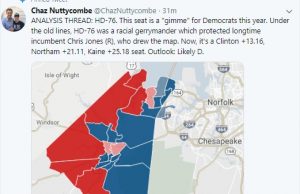 lowkell - May 13, 2019 0
See below for some more interesting Virginia political analysis by Chaz Nuttycombe. This thread is about HD-76, a Suffolk City/Chesapeake City district that SHOULD...

Yesterday I discussed the few members of our General Assembly who haven't been directly touched by Dominion. One such fellow is Delegate Bloxom (R-Eastern Shore/Norfolk). However he has received funds from a PAC that Dominion has generously supported for years: Dominion Leadership Trust. Dominion is this PAC's second largest contributor.

Over the years, Dominion Leadership Trust, just one of many PACs Dominion Resources supports, has "invested" $10,973,016 influencing Virginia government. Though Dominion Resources' portion of that amount accounts for only about 4.4% of the total, that places the corporation second among those with clout in a PAC of like-minded members. And looking at the top donors, it is quite a gallery of influence. Dominion Resources leverages its direct donor influence by having a hand setting the agenda across the political spectrum in any number of PACs.

There is another gent on yesterday's list who has received funds from Dominion Leadership Trust: that would be Delegate Farrell (R-56th). Comparing the amounts the two received is a lesson in influence. Bloxom received $66,874 and Farrell $2,500. While Dominion Resources can only be attributed 4.4% of those amounts ($2980 and $111 respectively) when they respond (even if they did the math) to Dominion Leadership Trust, Dominion Resources's objectives get the attention corresponding to the greater amount.

The single contribution to Farrell did not occur until after he was elected to the House of Delegates and after his first two full sessions. Of the contributions to Bloxom, on the other hand, about $60,000 was reported during his campaign for a seat formerly held by Democrat Lynnwood Lewis and the remainder in the month after Bloxom's election. Dominion Leadership Trust accounted for over 43% of the funds "raised" by Bloxom. To whom is Delegate Bloxom beholden? It isn't the grassroots.