The following is a guest post from someone who prefers that their name not be used. But it’s hard to disagree with any of this, so we’ll just post it as “Blue Virginia” and leave it at that.

First, Executive Director Brennan Gilmore had some explaining to do about the group’s support for Amanda Chase, the far-right state senator and 2021 VA GOP gubernatorial candidate who makes Donald Trump look refined and substantive by comparison.

Yes, we’re talking about the same Amanda Chase who is well known for her racist comments, her defense of what she calls “WHITE HISTORY,” her anti-ERA tirades, her anti-LGBTQ positions. And yet, Bills’ group embraced Chase with open arms and even sent $10k in campaign donations her way.

In response, the Richmond Times-Dispatch’s Jeff Schapiro highlighted Bills’ penchant for the very thing Clean Virginia was supposed to be against: pay-to-play politics. From that column, here’s a choice quote from Democratic Party of Virginia Chair Susan Swecker:

“I’m annoyed and frustrated with them sticking their nose in party affairs and making demands,” said Susan Swecker, the state Democratic chairwoman…“I don’t care if it’s Michael Bills, Sonjia Smith” — his wife, herself a major donor — “Dominion or anybody else. There is no quid pro quo.”

Given these choppy waters, you would think that Bills would have re-thought his approach and cut off the right-wing extremists. Except that, so far, Clean Virginia still hasn’t withdrawn support for another extremist bigot, Del. Dave LaRock (e.g., see “Dave LaRock Spews Anti-LGBTQ Hate Straight From the House of Delegates“). He also could have rethought his alliance with Ken Cuccinelli, whose photo (see below, second from the right, standing next to Clean Virginia Executive Director Brennan Gilmore) is still on the Clean Virginia website. 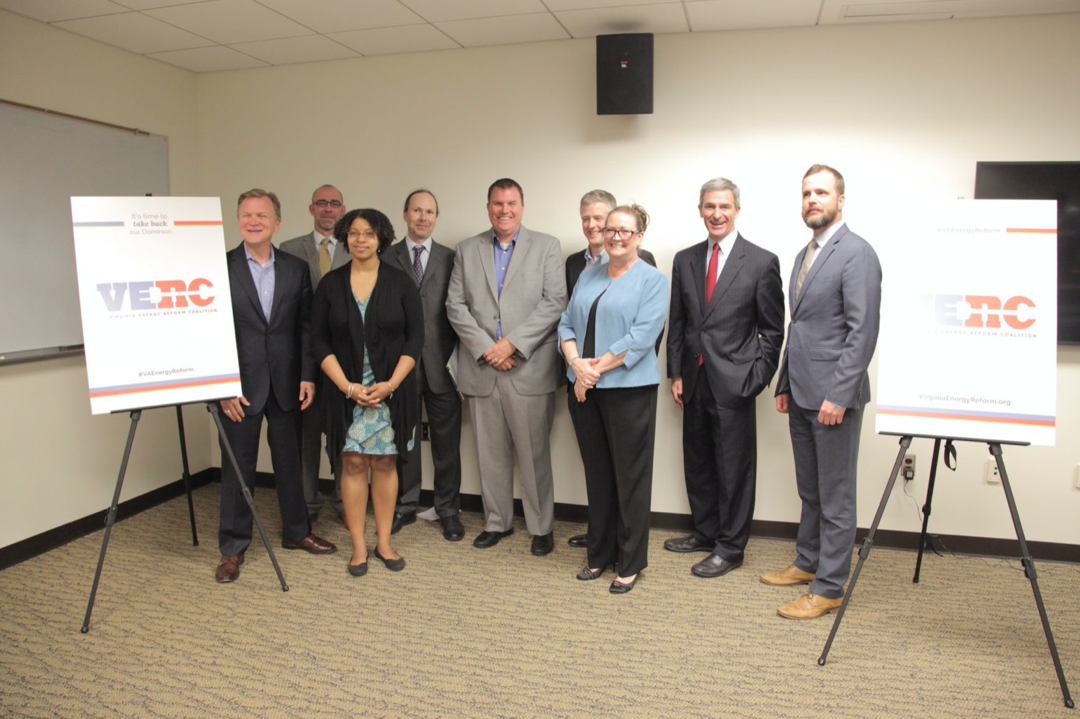 This is the same Cuccinelli who has waged war on climate science for years; who has appallingly compared immigrant families to rats; who was unlawfully appointed by the Trump Administration to oversee the president’s abhorrent decision to deport millions of immigrants; and, as the New York Times wrote, who has “aggressively pushed” for Trump’s immigration policies “with little concern for legal constraints”; etc. Cuccinelli’s bigotry and moral turpitude is clear, and has been clear for many years. And yet, Clean Virginia felt that it made sense to stand side-by-side with him, in some sort of alliance against Dominion Energy, and then to proudly post it on their website.

Perhaps the most confounding thing about this photo is that Clean Virginia is aligning itself with a man who is antihetical to at least two of Clean Virginia’s core principles: 1) Cuccinelli is strongly against clean energy; and 2) he’s also a virulent denier of climate science. Thus, as AG, Cuccinelli sued Michael Mann, a former University of Virginia professor and leading climate scientist, and falsely accused him of fraud. Cuccinelli argued, again falsely, that Mann was part of a global conspiracy to manipulate data to create the illusion of global warming. All the while, Cuccinelli received tens of thousands of dollars in campaign contributions from the Koch brothers – who own one of the largest petroleum companies in the world. In short, you can’t get more antithetical to Clean Virginia’s professed values than this guy.

Amanda Chase. Ken Cuccinelli. We get it, politics can be a messy business, but…