Another day, another story (see screen shots, below) about far-right, martial-law-supporting State Senator and 2021 Republican gubernatorial candidate Amanda Chase…great scoop by Brandon Jarvis over at VA Scope, who has *really* been on top of the Chase beat in recent months!

“A man [who] has been working as a security guard for state Senator Amanda Chase (R-Chesterfield) during her campaign for Governor was arrested Monday morning.

David Lee Conner was arrested in Chesterfield County for strangulation early-Monday morning, according to several sources. Conner has been featured in several photos with Senator Chase since she launched her campaign for governor. Most recently, he can be seen standing with Senator Chase on the cover of Style Weekly. “

As Daily Beast reporter Kelly Weill notes, “[T]his is Chase’s third security guard arrested in two months. (first two busted after allegedly driving to a Philly vote-count center with an AR-15 in Hummer adorned with QAnon stickers). funny how this keeps happening.” Yeah, what will be even “funnier” is if Virginia Republicans nominate Chase for governor in 2021, eh? 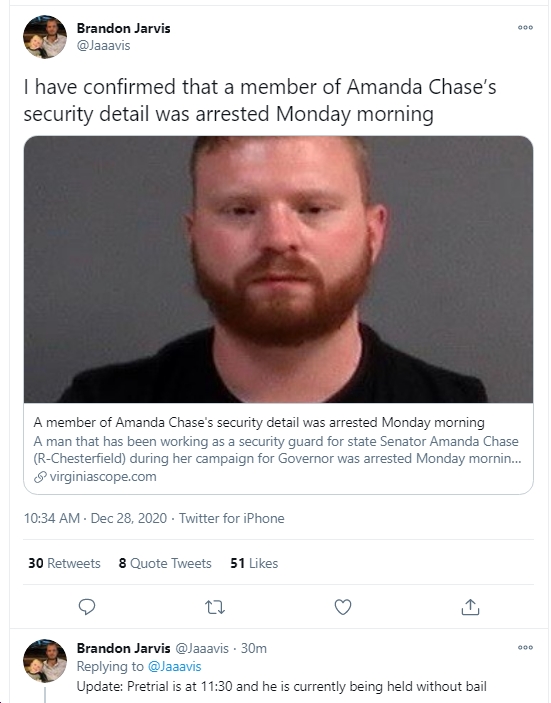 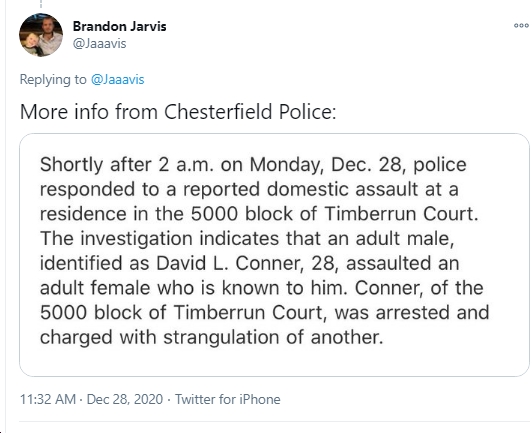 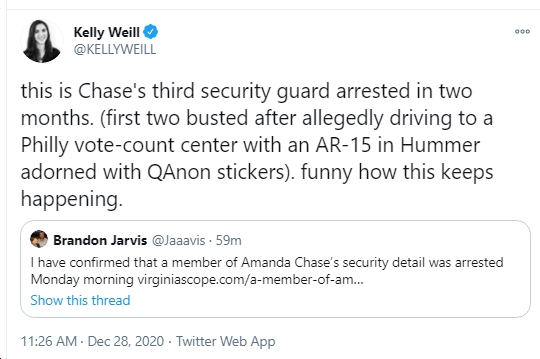