Glenn Youngkin is clearly auditioning for a possible 2024 presidential bid. So far, he’s traveled – or announced plans to travel – to a bunch of states, including Nebraska, Michigan (where he will campaign for far-right-extremist nutjob Tudor Dixon), Colorado (where he campaigned for Big Lie-promoting, pro-Trump extremist Heidi Ganahl), Wyoming (where he hobnobbed with wealthy right-wing donors), etc.

And now, Politico reports that Youngkin “is set to make a campaign stop next month in Nevada, his first appearance in early 2024 nominating state and part of a broader midterm push that’s coming amid speculation he’s weighing a presidential bid.” According to Politico:

Youngkin, a Republican who took office this year after winning a November 2021 election, is slated to campaign and fundraise for Nevada gubernatorial candidate Joe Lombardo on Sept. 15, according to campaign plans shared first with POLITICO.

So who is Joe Lombardo exactly? See below for some “highlights” (or maybe lowlights would be a better description) for where this guy stands on the issues. Sources include Lombardo’s website and the Nevada Current. As you can see, Lombardo has bought into a lot of far-right stuff, including on elections (although he’s not an all-out 2020 election denier, he supports ending universal mail ballots), guns (he opposes Red Flag laws, any restrictions on “ghost guns” or high-capacity magazines), so-called “sanctuary cities” and undocumented immigrants (apparently including the vast majority who are non-violent), “defunding the police” (which is a straw man, since Democrats don’t in any way/shape/form support that), abortion (he is 100% “pro-life”), taxes, LGBTQ equality (he reportedly supports DeSantis-style “Don’t Say Gay” laws), etc. To get a feel for this guy’s attitude, his declaration that he wants to keep Nevada “Safe from Antifa. Safe from Anarchy. Safe from Socialism” sums it up pretty well. So…yeah, this is the guy Youngkin’s going to be campaigning for.  It’s VERY telling! 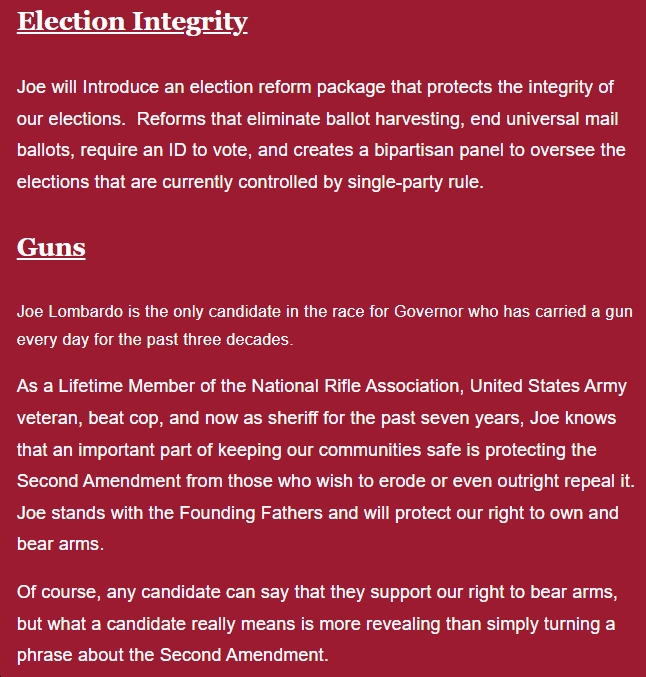 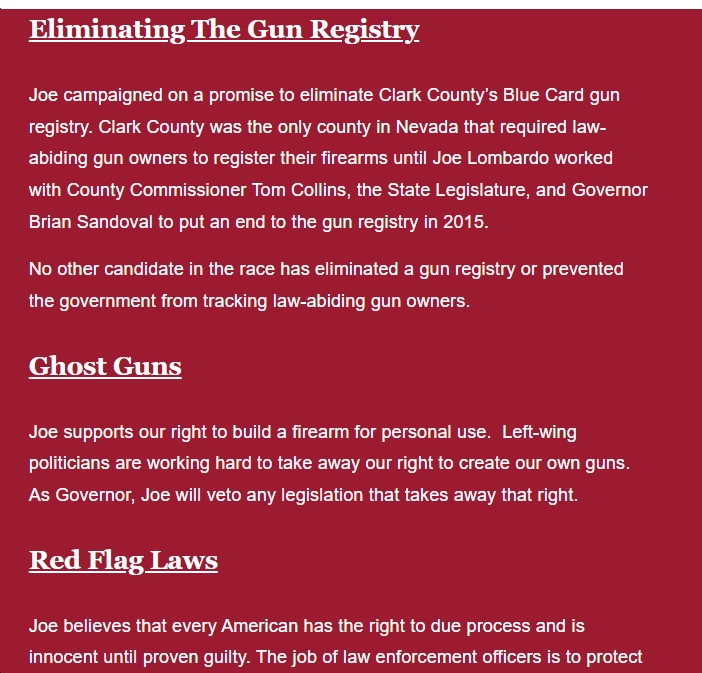 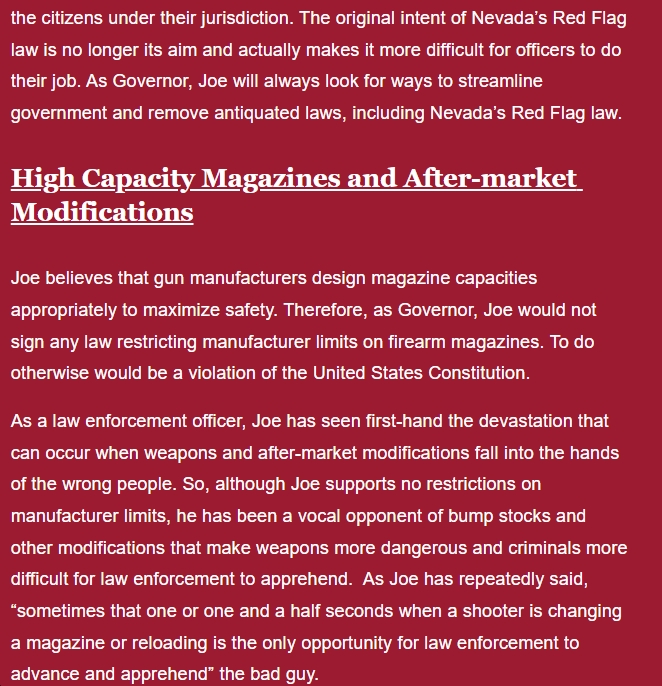 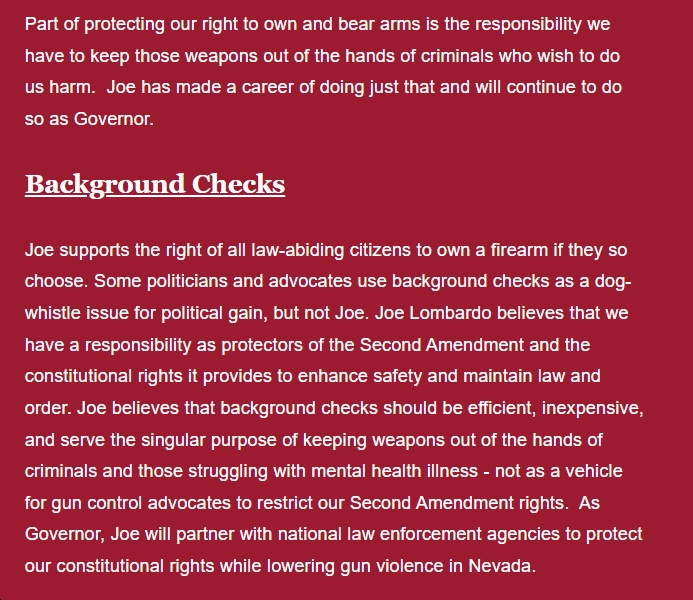 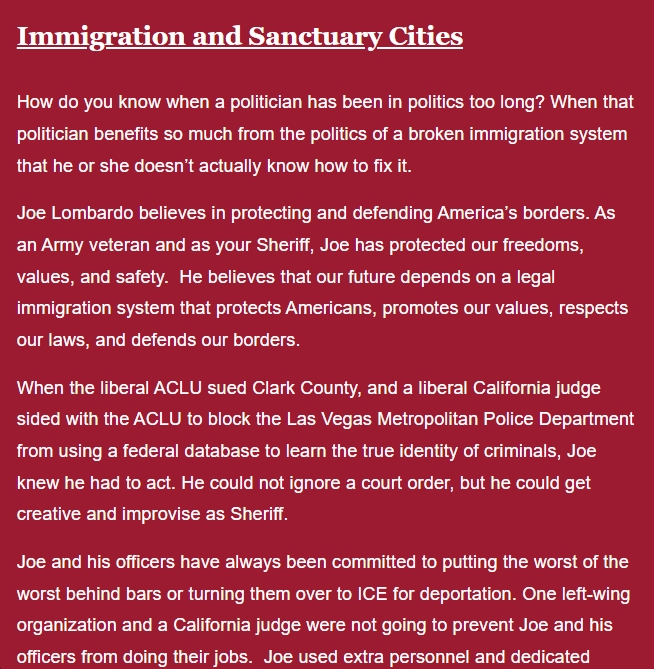 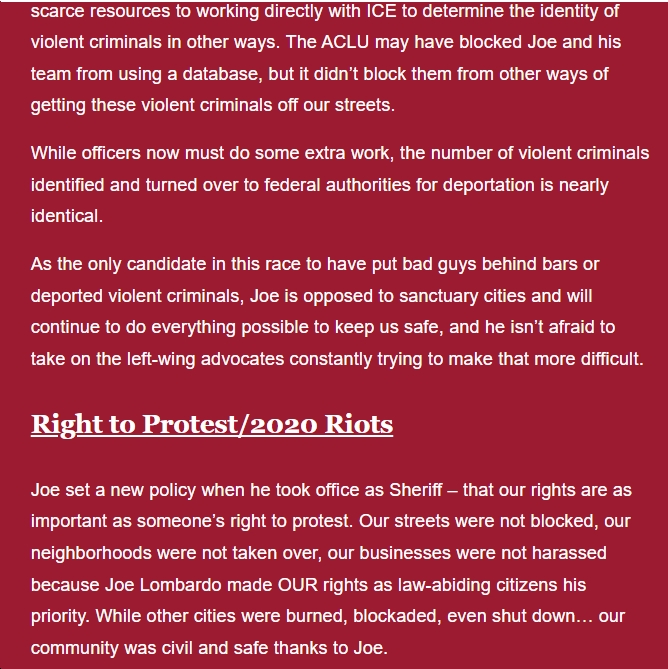 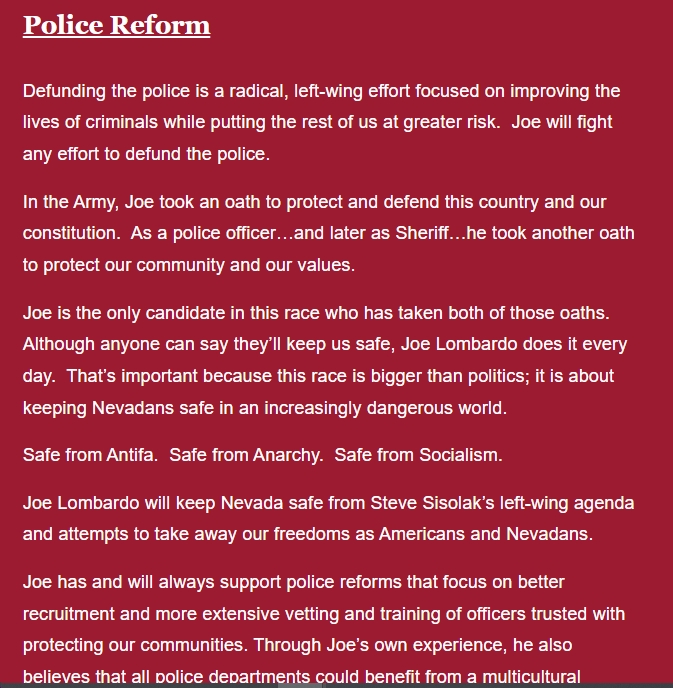 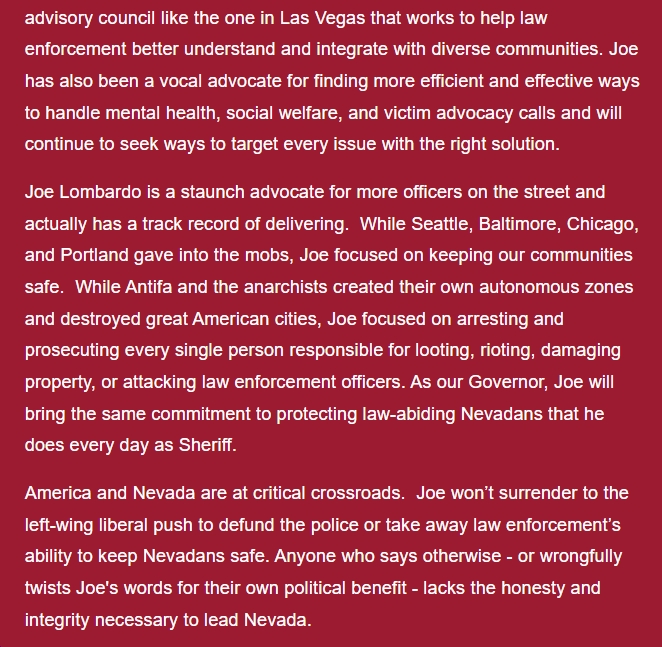 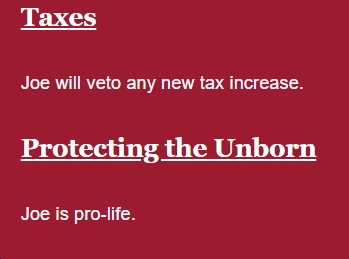 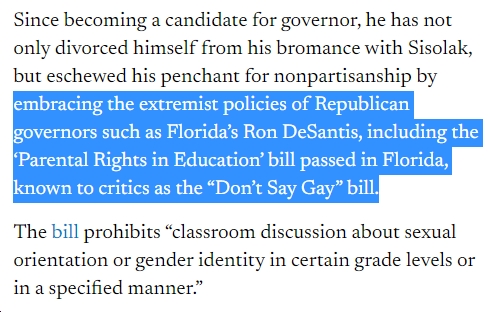