Last year, as Glenn Youngkin ran what was – by almost any metric – a gubernatorial campaign right out of the racism-stoking, Lee Atwater-style “Southern Strategy” playbook – the media wrote article after article regurgitating Youngkin’s b.s. press releases, whitewashing him as some sort of “moderate”/”6 foot 5 mystery date“/”sweater-vest”-wearing “nice guy,” blah blah blah. In fact, Youngkin is an extremist and always has been, with his closest role models being his BFF Ted Cruz, Florida’s fascist governor Ron DeSantis, Texas’ fascist governor Greg Abbott, and of course criminal/racist/traitor/insurrectionist Donald Trump, about whom Youngkin said, “President Trump represents SO MUCH of why I’m running!”  Plus, of course, if a journalist had, let’s just say, been paying even the slightest bit of attention to what Youngkin was actually saying during his GOP primary campaign in the winter/spring of 2021, they would have know that he was anything but a “moderate” or “mystery date.” But apparently, they either weren’t paying attention or were determined to whitewash him regardless.

Anyway, just in case you were hoping that things were improving with our political media, I’m sorry to say that they don’t appear to be, at least when it comes to Youngkin. See below for just a few recent examples, including: 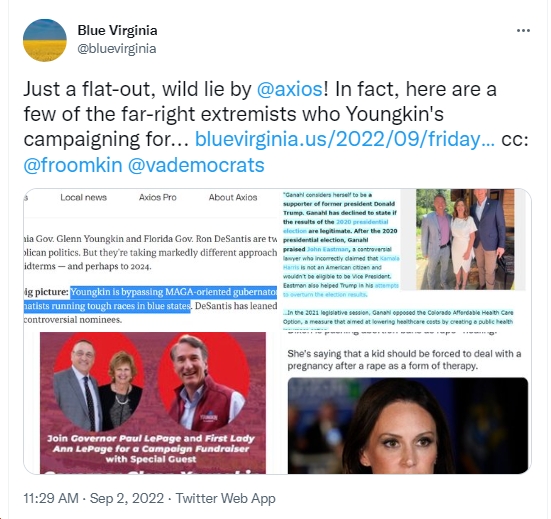 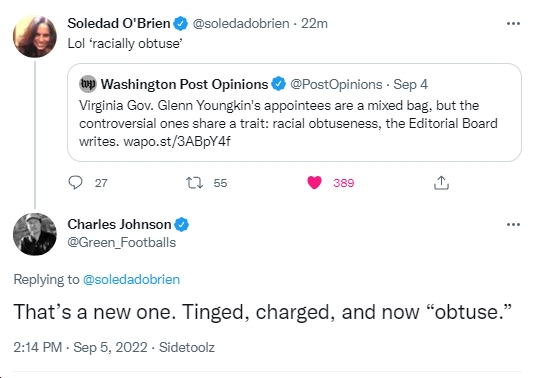 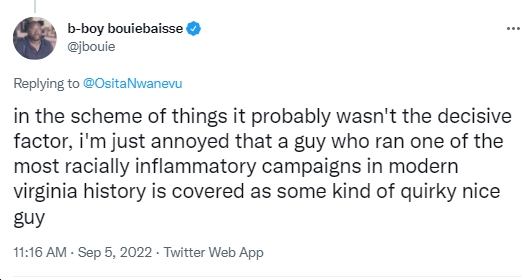 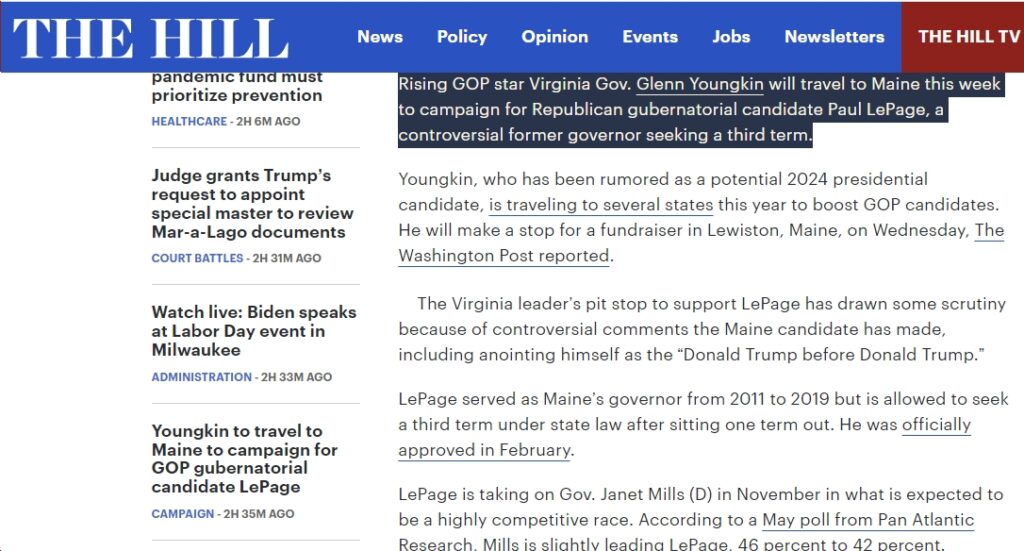 I’m sure I missed a bunch of media whitewashing and flat-out/wild lying about Youngkin, but this gives you a good sampling of what we’re dealing with. Can democracy survive with a pathetic, groveling media like this, as opposed to the fierce, truth-seeking media that we NEED TO HAVE? I’m not optimistic, personally, especially when combined with the decline/demise of local news media and the rise of far-right/”Baby Breitbart” sites masquerading as regular local “news” (with innocuous names like the “Examiner,” “Star,” “Monitor,” etc.). How about you?