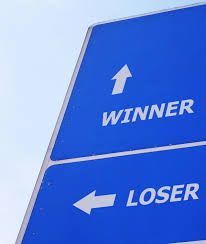 Here are a few winners and losers (note: I really can’t emphasize this enough, but this is not meant to be comprehensive, as that would be endless, boring, and exhausting to put together and to read! LOL) that I think are worth highlighting from the June 2019 Virginia primaries. Let me repeat: this list is *not* meant to be even close to comprehensive, so please add winners and losers of your own in the comments section. Thanks.

Oh, one more thing: the word “winners” does not imply normative goodness necessarily, nor does the word “losers” imply normative badness necessarily. Instead, these are much more about who (or what) I see as having “won” or “lost” in the previous election cycle, regardless of whether I love, hate, agree with, disagree with, etc. said “winners”/”losers.” Thus, it’s possible for Donald Trump – who I loathe with the heat of 1,000 supernovas – to be a “winner” on purely objective political grounds (e.g., if he, god forbid, wins in 2020 he’ll be a “winner” after that, while the rest of us will be big “losers”). Or, if Corey Stewart had defeated Tim Kaine last year for U.S. Senate, obviously he would have been a huge “winner,” even though I hate him with the heat of…ok, maybe only 999 supernovas. LOL Anyway, enjoy this edition of the “winners and losers” list!

MIXED
Yasmine Taeb: She didn’t win, but she did WAYYYY better than many (myself included) had expected, coming super close to defeating the Senate Minority Leader, and quite possibly losing because of a third candidate in the race.
Republicans Who Voted for Medicaid Expansion: Sen. Emmett Hanger (R) – who led the fight for Medicaid expansion – held off a vicious challenge from far-right Tina Freitas. But Del. Bob Thomas, who also backed Medicaid expansion, LOST to far-right challenger Paul Milde. Mixed verdict here.
The chances for strong ethics, enviro or clean energy legislation: On the one hand, Democrats’ chances of taking back the General Assembly appear to be improving, which should increase the chances of strong ethics, environmental and/or clean energy legislation in the 2020 session. On the other hand…”Dominion Dick” won last night, which means that he’ll likely be Majority Leader, and in a position to stop serious ethics, environmental or clean energy legislation. So…we’ll see what happens, but mixed verdict for now.
Dominion Energy: Tom Farrell and his boys must have been quite nervous last night, with the thought that their BFF Dick Saslaw might lose. Fortunately for Dominion, Saslaw narrowly won his primary against environmentalists – and no friends of Dominion! – Yasmine Taeb and Karen Torrent, so Farrell et al dodged *that* particular bullet. On the other hand, as noted above, Democrats have a better chance of taking back the House and Senate, which means that the chances of bills not to Dominion’s liking actually having a chance in hell of passing just went up. At least a bit.
Gov. Ralph Northam: If you believe the media narrative, Gov. Northam’s on the rebound politically. Last night, though, at least two candidates – Kim Howard (SD7) and Rosalyn Dance (SD16) – who both had embraced Northam politically, went down to defeat…badly. Not sure if there’s a connection there, but it’s worth noting, I think.
Off/Odd-Year Primary Voter Turnout: Voter turnout in these “off-odd-year” primaries historically has been horrendously bad, often in the single digits (e.g., the 2015 State Senate primary in SD29 between Jeremy McPike, Atif Qarni and Michael Futrell was around 3%!), but I was thinking it might be higher yesterday due to continued anti-Trump Democratic energy. In the end, yesterday’s turnout was still very low, but perhaps higher than in previous “odd-off” election year primaries. For instance, in Arlington, it was around 17%; in SD16, SD31 and SD35, it was around 13%. On the other hand, Republican turnout (7,832) was higher than Democratic turnout (5,557) in SD7, so that’s kind of troubling. Anyway, mixed signals on this front…
Washington Post endorsements: They won some (Parisa Tafti, Jeff McKay, Walter Alcorn, James Walkinshaw, Rodney Lusk) and they lost some (Ray Morrogh, Phil Niedzelsk-Eichner), but also took a TON of flak for their endorsements and for sexist comments made to female candidates by the WaPo editorial board.
Blue Virginia endorsements: The large majority of our endorsed candidates won, but several lost as well. Among those we endorsed who won last night were: Ghazala Hashmi in Senate District 10, Amanda Pohl in Senate District 11, Debra Rodman in Senate District 12, Qasim Rashid in Senate District 28, Del. Alfonso Lopez in HD49, Sally Hudson in HD57, Justin Hannah for Loudoun County Sheriff, Koran Saines or Sterling District (Loudoun County) Supervisor, Josh King for PW County Sheriff, Raheel Sheikh for Coles District (PW County) Supervisor, Kenny Boddye for Occoquan District (PW County) Supervisor, and Walter Alcorn for Hunter Mill District (Fairfax County) Supervisor (note: that endorsement was by Jon Sokolow, but I was totally cool with it, as I really liked Alcorn and also Shyamali Hauth). The ones we lost were Andres Jimenez in HD38, Kim Howard in SD7, Sen. Rosalyn Dance in SD16, Alicia Plerhoples for Fairfax County Board Chair (finished a strong second), Larysa Kautz for Lee District Supervisor and Ray Morrogh for Fairfax County Commonwealth’s Attorney.
Greater Greater Washington endorsements: A lot of GGW’s endorsed candidates – Jeff McKay for Fairfax County Board Chair, James Walkinshaw for Braddock District (Fairfax County) Supervisor, Walter Alcorn for Hunter Mill District (Fairfax County) Supervisor, Rodney Lusk for Lee District (Fairfax County) Supervisor, Del. Alfonso Lopez for HD49, Parisa Tafti for Arlington/Falls Church Commonwealth’s Attorney – won last night. But a few – Nicole Merlene in SD31, Ron Meyer in SD13, Edythe Kelleher in Providence District – lost. So…mixed bag, but solid overall.
Our Revolution NOVA endorsements: Mixed bag here. Parisa Tafti, Steve Descano and Amy Ashworth all won last night, but several others – Nicole Merlene Laura Sellers (note Our Revolution NOVA withdrew that endorsement in the closing days of the campaign), Andres Jimenez, JD Spain and Johanna Gusman – all lost.
Non-Racially-“Packed” Districts: Unless SCOTUS does something really weird, it looks like the racially-“unpacked” districts that Virginians just voted in yesterday might be here to stay. Let’s hope, because I wouldn’t trust this SCOTUS as far as I could throw it.
Blue Virginia’s just-for-fun online polls: Mixed bag on these, with readers predicting some correctly and some incorrectly for Fairfax County, also some correctly and some incorrectly for House of Delegates and…yep, some correctly and some incorrectly for State Senate. By the way, note that these polls specifically asked NOT who people WANTED to win, but who they thought WOULD win. That distinction might have been too subtle for many, sad to say…
Sun Gazette endorsements: Several of their endorsed candidates – Theo Stamos, Ray Morrogh, Edythe Kelleher or Phil Niedzelski-Eichner – lost, while others (Sen. Barbara Favola, Del. Alfonso Lopez, Jeff McKay) emerged victorious last night. Mixed bag.

LOSERS
Tina Freitas: I thought Freitas might have had a shot, given how hard-right the Republican “base” electorate is, but instead she lost big-time (57%-43%) to Sen. Emmett Hanger, after running a super-negative, far-right, over-the-top campaign that was a disgrace in basically every way. Good riddance from politics – hopefully.
John Fredericks: His predictions for last night on the GOP side had a couple huge misses – Jen Kiggans beat Carolyn Weems, not the other way around as he predicted; and Bob Thomas LOST to Paul Milde, not the other way around. More importantly, Fredericks strongly backed Freitas, and she got clobbered by Sen. Emmett Hanger.
Support for the Alabama abortion ban: In HD28, Del. Bob Thomas – looking to fend off a tough challenge from Paul Milde in the Republican primary – embraced the extreme Alabama abortion ban, and…it didn’t work, with Thomas losing 51%-49%. That Alabama abortion ban played heavily in the Tafti-Stamos Democratic primary for Arlington/Falls Church Commonwealth’s Attorney, with Tafti’s campaign charging that Stamos would enforce such a law if it passed in Virginia. Tafti won, Stamos lost. In short, it doesn’t seem like the Alabama abortion ban is popular among…well, basically anyone, other than a tiny percentage of hard-core, anti-abortion absolutists, I guess.
Any signs of moderation in the VA GOP: Other than Sen. Emmett Hanger, who is a normal conservative Republican, it’s hard to find any other Republican primary last night where the candidates weren’t racing to the far right. For instance, check out the two candidates who ran in SD7 – Carolyn Weems and Jen Kiggans – or pretty much any other Republican primary last night. Basically, if you look up the word “oxymoron,” the definition these days might as well be “Republican moderate.”
Corporate media coverage of the House races: With a few exceptions, it was the usual shallowness – mostly “horse race” coverage, very little substance, repeating the conventional wisdom, “both sides” false equivalency, fluffy “personality” pieces, gossip, etc. Even worse in some way, there was just flat-out false reporting, like the constant, fallacious, made-up narrative that Democrats like Barbara Favola and Alfonso Lopez were being primaried from “their left.” That was simply false, but it didn’t stop the media from running with its favorite, albeit b.s., narrative of “Democrats in disarray as the Bernie left runs amok!” (or whatever)
Karen Torrent: Had no chance of winning in SD35, although of course she had the total right to run. But the bottom line is that her #1/#2/#3 issue was fighting against Dominion Energy, and the de facto result of her candidacy was to…yep, help reelect “Dominion Dick” Saslaw. Note that the combined vote share for Yasmine Taeb and Karen Torrent last night was over 51%, and yes, Taeb likely would have gotten the vast majority of Torrent’s 5.6% of the vote. #FAIL
Big Developer Interests in Reston: They spent a small fortune trying to elect Comstock Companies executive Maggie Parker, and Parker…lost badly, with just 8.9% of the vote in her fourth-place finish (out of five candidates). Massive #FAIL
Tim Chapman: Chapman’s campaign for Fairfax County Board Chair has an absolutely horrible ratio of money spent, let alone PERSONAL money spent, for the number of votes he received. According to VPAP, Chapman spent more than $850k – almost all loans from/to himself – through May 30 (with more spent after that, presumably), yet ended up finishing LAST, with just 6,848 votes (9.8%) out of around 70k votes cast. Some quick math shows that Chapman spent $124 per vote, compared to just $17 per vote for primary winner Jeff McKay and about $6.75 per vote for Alicia Plerhoples, who finished second. Brilliant, eh?
The infamous amicus brief: Whatever you think of Ray Morrogh and Theo Stamos signing on to the amicus brief opposing Gov. McAuliffe’s restoration of ex-felons’ rights, it turned out to be a *huge* political mistake for both of those Commonwealth’s Attorneys to have done so. Instead, they could have taken their concerns to Gov. McAuliffe or his top staffers privately, or maybe written their own letters. In the end, though, they signed on to the infamous amicus brief, and it very well might have cost them their jobs.

UPDATE 6/13: One more “Loser” and two more “Winners.” On the “Loser” front, I’d argue for Providence District Supervisor Linda Smyth, whose endorsed candidate to succeed her, Phil Niedzelski-Eichner, lost 40%-23% (to Dalia Palchik, who I’d say was a big “Winner” on Tuesday – as was Lee District candidate Rodney Lusk, who romped by an even bigger margin, 46%-21%).