Also, note that VPAP’s donors over the years have included big corporate players in Virginia, such as Verizon, Dominion (of course!), Altria (aka, Philip Morris), Comcast, the Virginia Automobile Dealers Association, Smithfield Foods (pretty much the worst of of the worst, whether you care about the environment, humans or animals), McGuireWoods Consulting (aka, Virginia’s “shadow government”), Appalachian Power Company (coal-fired polluters), etc. So…not surprising VPAP would have a pro-corporate, pro-Republican bias. That includes refusing to link to Blue Virginia, by the way, while frequently linking to right-wing op-eds and editorials (and false equivalency “both sides” articles) in the corporate media. Why is that, exactly? Good luck ever getting a serious answer from these guys…and yes, I’ve tried.

The latest example of VPAP’s pro-Republican bias?  See below for screen shots of VPAP including Del. Nick Freitas (R) as an official/qualified candidate in HD30, even though he *failed to get on the ballot* and is NOT an official/qualified candidate, per the State Board of Elections. Also, see some reactions to this double standard from 90for90; Matt Rogers (Sen. Dave Marsden’s Chief of Staff, also co-founder of Politidope); and Ben “Not Larry Sabato” Tribbett. In sum, as 90for90 explains (correctly): “The landing page should show only legitimate, qualified candidates.” And as Matt Rogers explains (also correctly; bolding added by me for emphasis):

“I think the concern is that other write-in candidates around Virginia aren’t afforded this benefit and Del. Freitas shouldn’t be given preferential treatment…in bending over backwards to look like you’re not taking sides, you’re elevating the candidacy of a write-in campaign and creating a new standard that other write-ins could rightfully ask you to uphold for them. Freitas’ incumbency advantage has already been squandered…In an effort to avoid being labeled partial by GOP partisans, media organizations often take it too far and provide them undue cover — like this site listing a write-in GOP incumbent when no other candidate ever gets that benefit. “ 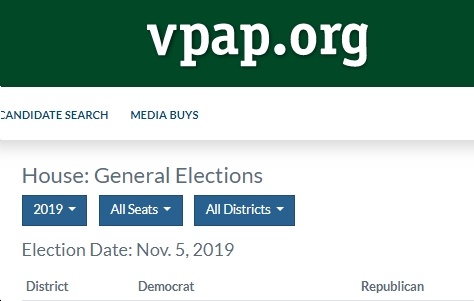 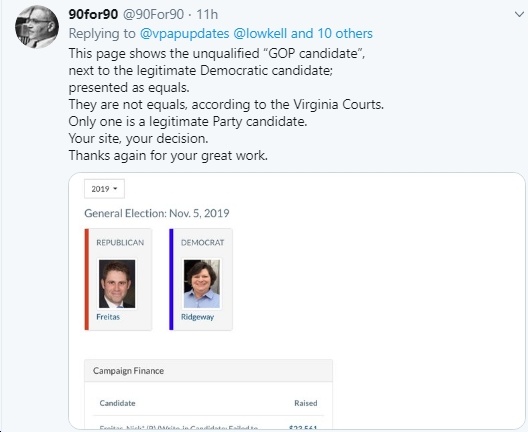 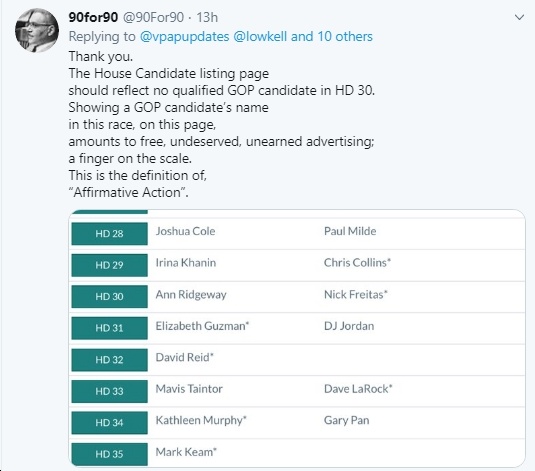 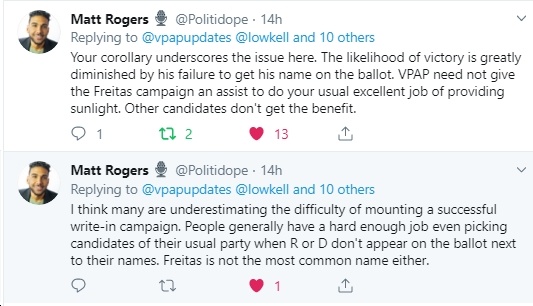 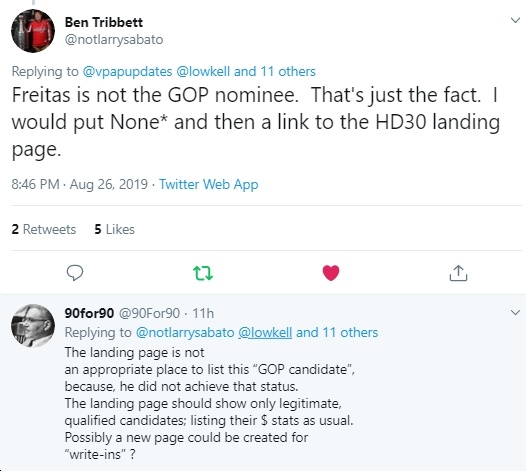