After a few “internal” polls of the governor’s and AG’s race (e.g., see Jennifer Carrol Foy’s here, Jennifer McClellan’s here and Mark Herring’s here), a couple public polls (e.g., see YouGov here and Mason-Dixon here) and some straw polls (e.g., see the Mt. Vernon Dems one here, the Hunter Mill Dems one here), we now have a public poll of *all* the statewide races – for governor, LG and AG on both the Dem and GOP sides – by the Wason Center for Civic Leadership at Christopher Newport University. See below for the polling memo and the key findings. My takeaways are: 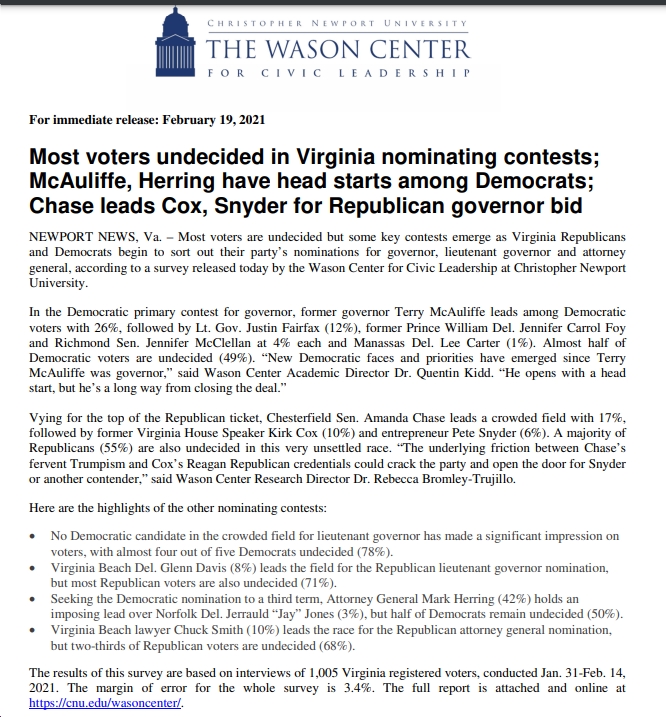 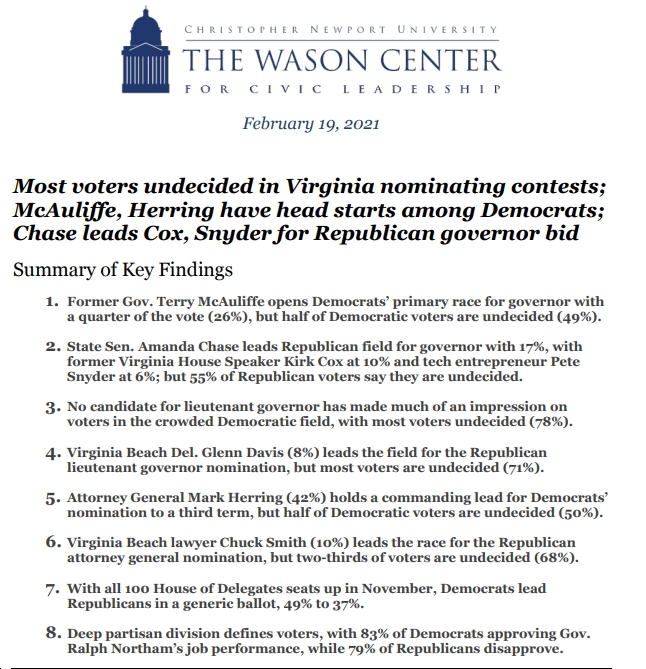 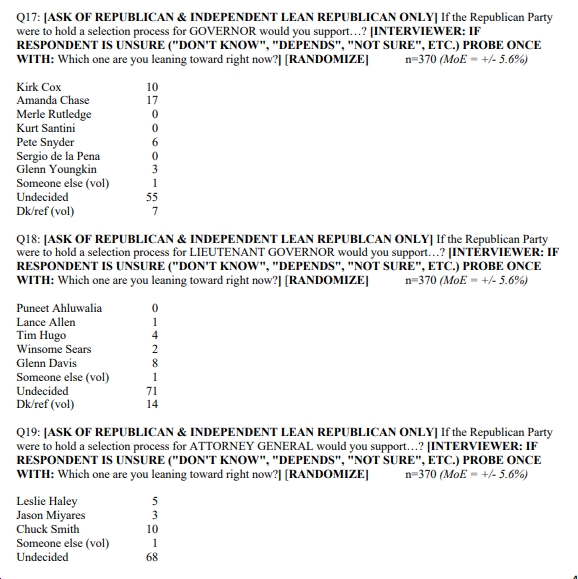 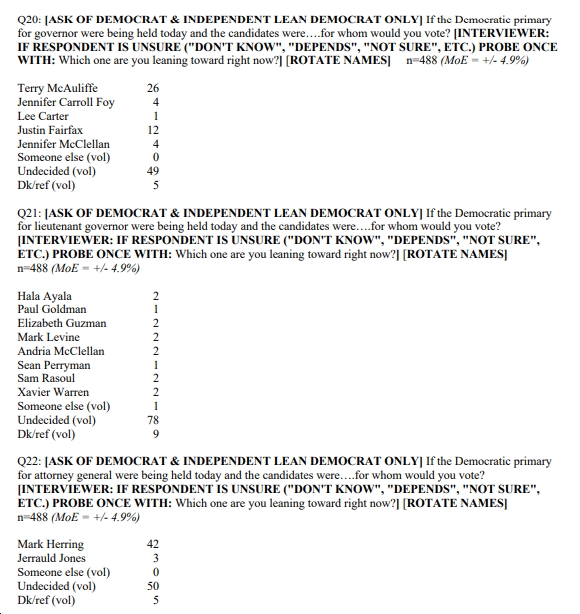