Unique political strategy by good-ol’ Sen. Amanda Chase (far-right Republican), a declared candidate for governor of Virginia in 2021: go to war with 11,000+ of her most intense, dedicated supporters over…ownership/control of a grassroots supporters Facebook page, apparently. See this public Facebook post by Chase, which currently has 343 comments and 111 “shares,” as well as some screenshots, below, of “highlights”…including Chase threatening legal action against the grassroots supporters; claiming that Chase and her “security team” are working with “Capital Police”; further claiming that the grassroots supporters are enaging in “bait and switch” tactics, “hijacking my name and my brand” and supposedly “kicking both me and my mother offf of the page.” The group in question, by the way, is called “Supporters of State Senator Amanda Freeman Chase for Governor of Virginia,” which was created on January 16, 2020 and now has 11,317 members. As you can see from Chase’s public Facebook post,  one of that grassrootss supproter group’s administrators, Jonathan Lee, goes back and forth with Chase in the comments section, including asking her if she’s “afraid of [Republican State Sen. Jill] Vogel,” etc. Yep, grab some popcorn as the right wingers rip each other…and let’s just hope Virginia Republicans are stupid enough to actually nominate this nutjob in 2021! LOL 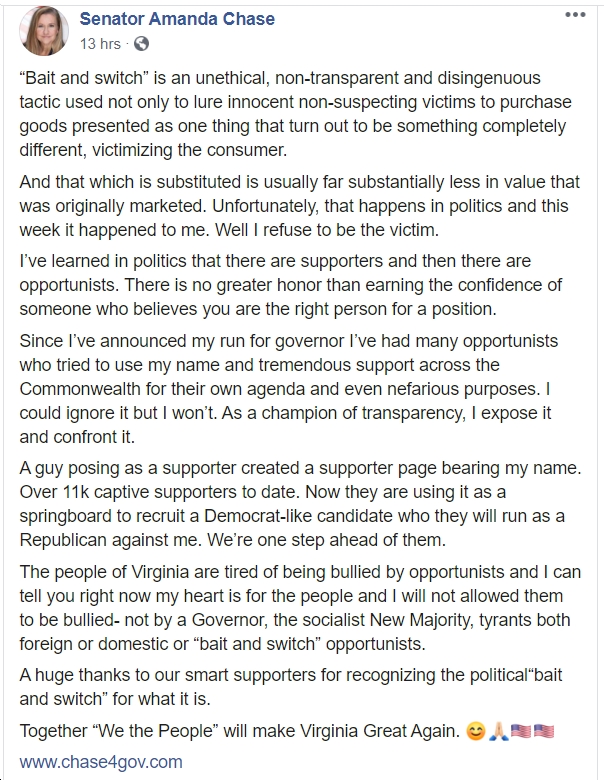 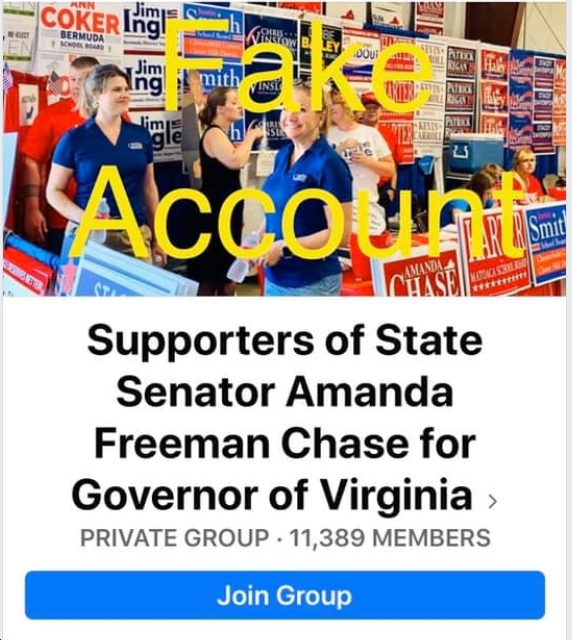 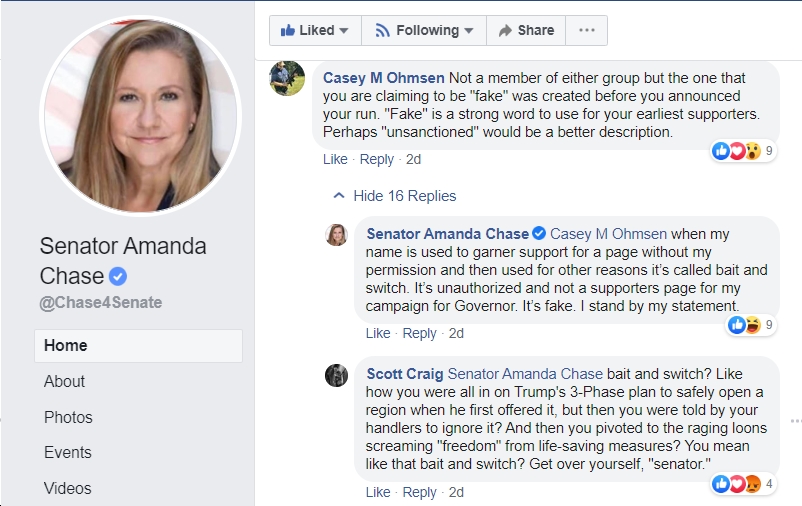 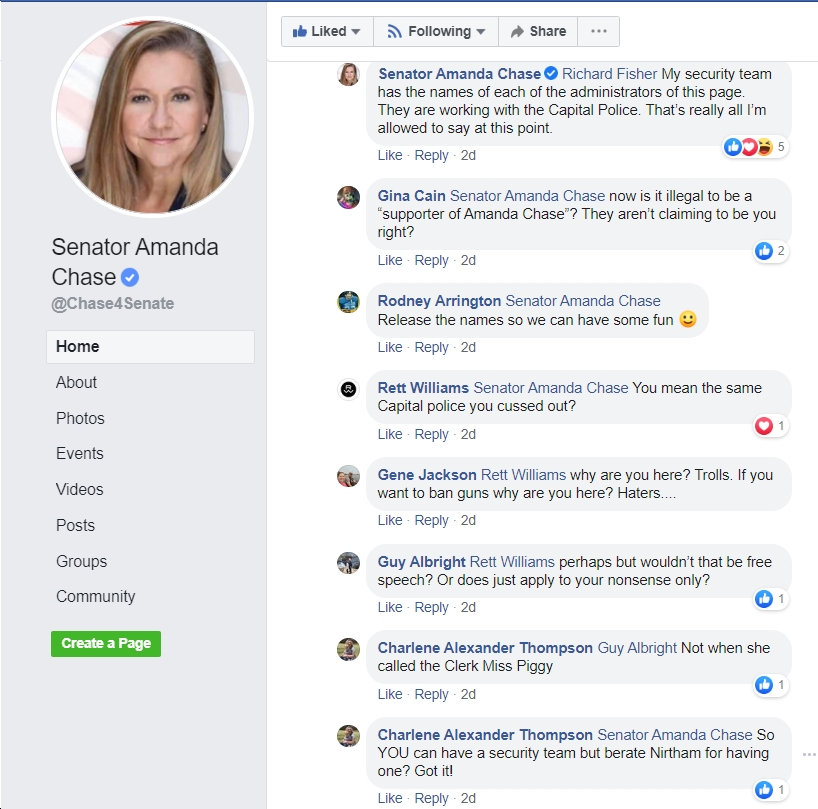 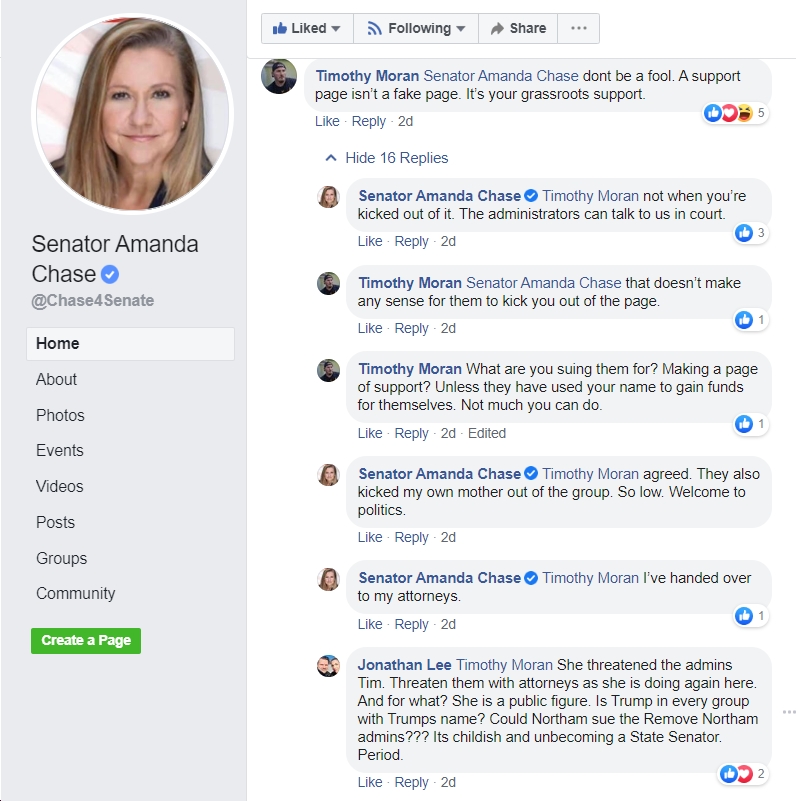 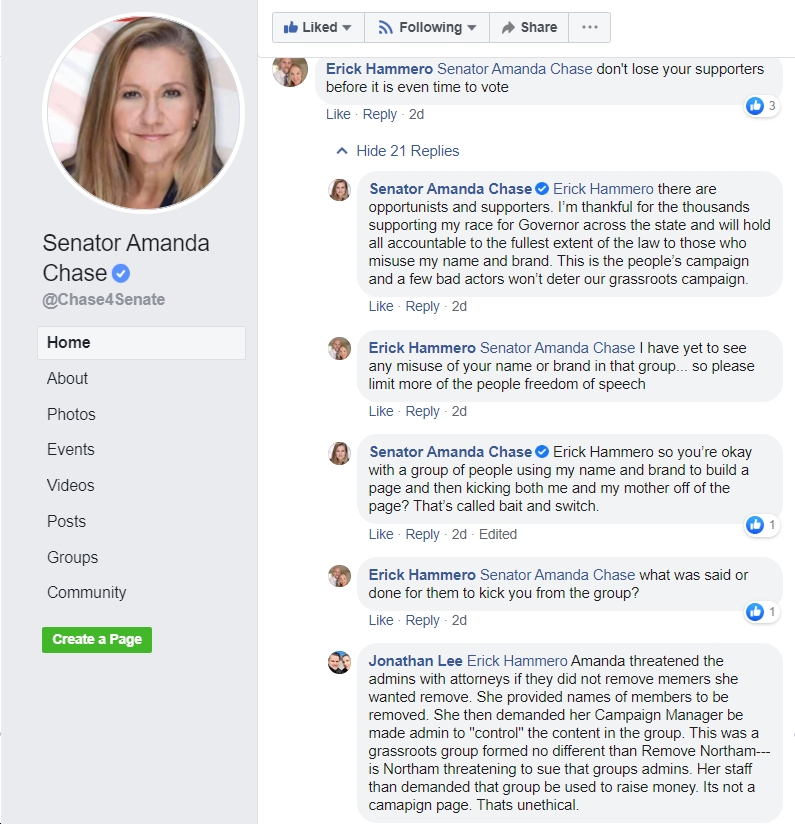 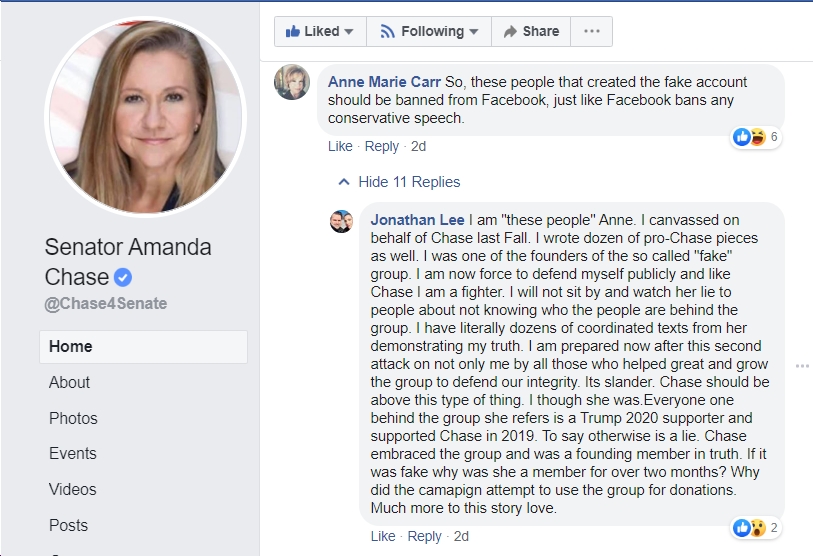 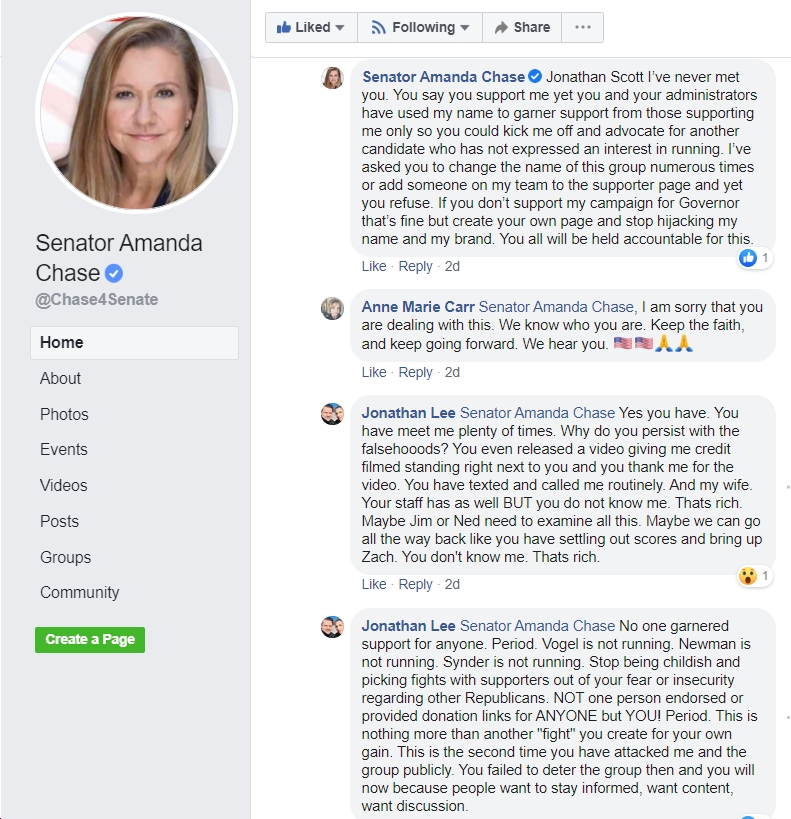 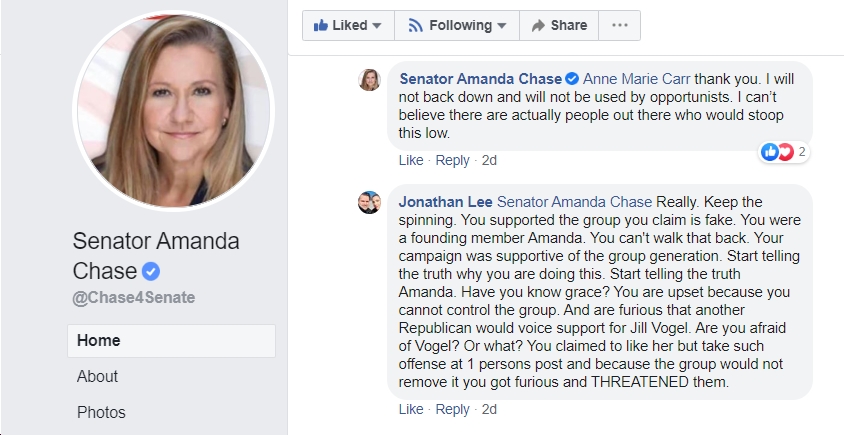 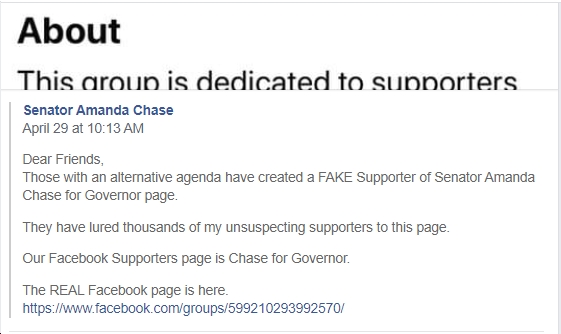 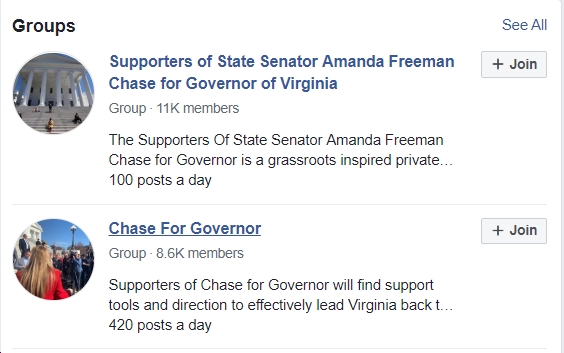 Chase staffer: “She works tirelessly as a public servant for you and for I” (sic)…I will warn you there are pages that claim to be supporters of Sen. Chase, yet with bait-and-switch techniques, are trying to draw some of her support elsewhere.”

P.S. For some background on Chase, see the following links.